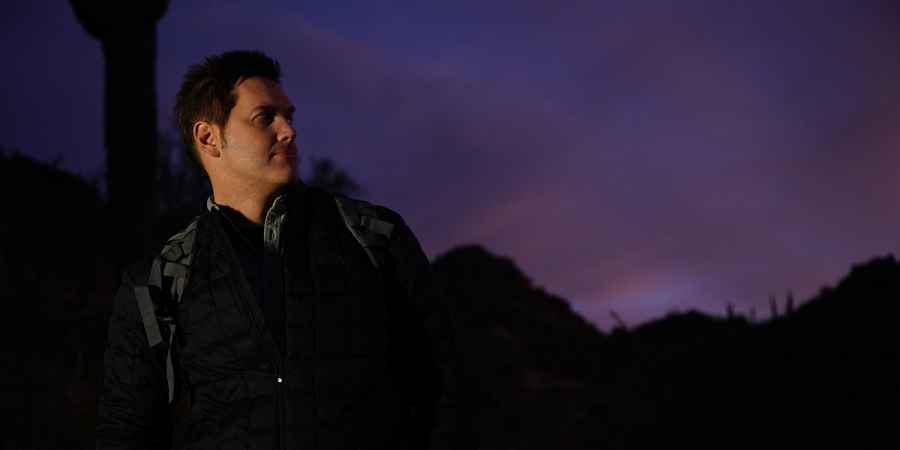 We are definitely not alone! Paranormal investigator Ben Hansen's new series 'UFO Witness' available exclusively on the all-new Discovery+ streaming service in the US and UK.
For more than 70 years, the US government has been documenting sightings and cases of unidentified flying objects. In cooperation with former Project Blue Book investigator Jennie Zeidman, former federal agent and paranormal investigator Ben Hansen reopens case files of some of the most astounding UFO encounters in history, files that have been hidden from the public for decades. In the new series, 'UFO Witness', launching Thursday, January 14 exclusively on Discovery+, these findings are finally seeing the light of day.
Zeidman was the last surviving member of the Air Force’s top-secret UFO investigation called Project Blue Book, which looked into sightings from 1952 through 1970. She has broken her silence, speaking publicly for the first time about her decades of research – motivated to share her expertise because she believes we’ve been visited by UFOs before – and fears Earth is under extraterrestrial surveillance. Sadly, Zeidman passed away in April 2020, but she has given Discovery+ exclusive access to the files from the chief scientific consultant of Project Blue Book, Dr. Allen J. Hynek, to help continue his investigations.
With unprecedented access to more than 10,000 of Dr. Hynek’s case files, Hansen believes the answers to UFOs in America are hidden in the cases of the past. Also aiding Hansen on his quest is Mark O’Connell – an accomplished UFO investigator, Dr. Hynek biographer and member of J. Allen Hynek’s Center for UFO Studies. Together, they will uncover the secrets of the past to shed new light on today’s freshest UFO encounters.
'UFO Witness' is comprised of eight one-hour episodes. The first have already debuted on Discovery+, with more episodes added weekly throughout January and February.

Episode 1: 'Secrets of the State'
Streaming from January 14
In 2017, the Pentagon leaked three videos showing wild military encounters with UFOs. All three had an object resembling a "tic tac.” But this is not the first reported UFO encounter regarding an object of this shape. In 1973, a National Guard helicopter nearly collided with an object as well, but the government worked to hide or destroy all evidence of the encounter. And with "tic tac” shaped cases still being reported today, Ben Hansen must dig deep into the records to figure out what these objects are and whether or not we’re dealing with technology from out of this world.
Episode 2: 'Alien Crash Secrets'
Streaming from January 14
Over the past year, numerous UFO sightings have taken place in Kecksburg, Pennsylvania, home to an infamous UFO crash and supposed military cover-up. Ben Hansen heads to the tiny town to find out if the current sightings are linked to the 1965 incident.
Episode 3: 'Alien High Tech'
Streaming from January 14
A startling, new report claims a prominent astrophysicist worked on an aircraft reverse-engineered from the parts of downed UFOs. Ben Hansen aims to find out how the U.S. government got its hands on alien technology and where it might be hiding it.
Episode 4: 'Close Encounters'
Streaming from January 21
Ben Hansen heads down to Florida to investigate a woman’s claim that an extraterrestrial approached her in her backyard. He wonders if this highly credible sighting is connected to a similar 1955 incident known as the Kelly-Hopkinsville Encounter.
Episode 5: 'The Mothership Returns'
Streaming from January 28
In 1997, over 20,000 people witnessed bright lights hovering over Phoenix, Arizona. Despite the numerous claims, the U.S. government refused to acknowledge the event. Ben Hansen launches an investigation to find out how these mass UFO sightings are covered up.
Episode 6: 'Claws in the Night'
Streaming from February 4
While thousands of people witness UFOs every year, only a handful claim to have been abducted. Piles of evidence corroborate their stories, yet they are not taken seriously. Ben Hansen sets out to discover exactly why these claims are swept under the rug.
Episode 7: 'Aliens Underground'
Streaming from February 4
The small town of Dulce, New Mexico, may harbor one of America’s darkest secrets – an underground alien base. Ben Hansen travels to New Mexico to figure out if the rumors are true and uncovers multiple reports of UFO sightings, alien abductions and more.
Episode 8: 'The Hybrid Secret'
Streaming from February 11
Evidence of a possible extraterrestrial breeding program sends Ben Hansen to the Bay Area, San Francisco, California, in search of answers about alien-human hybrids. He suspects there may be a link to the Betty and Barney Hill case, one of the world’s most famous abduction stories.
Add A Comment
Tags:
ufostopicaldiscoveryplus