Danny Robins has announced that his paranormal podcast "Uncanny' will return in 2023 for a second series plus some television specials on BBC Two and iPlayer. 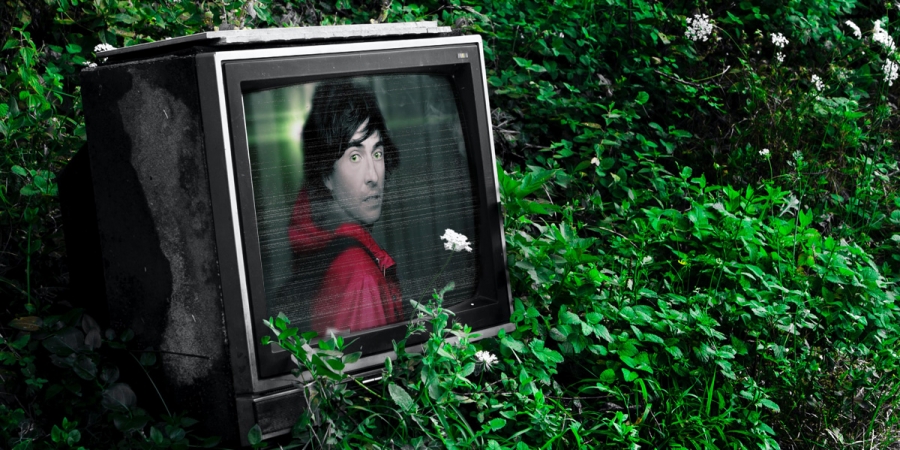 It was October 2021 when Danny Robins dropped the first episode of his hit paranormal podcast series, 'Uncanny', in which he investigates real-life stories of paranormal encounters. With 15 episodes, the series ran until early 2022, but now a year on, listeners are anxiously waiting for more tales of ghosts and the paranormal delivered in that chilling and enthralling way that only 'Uncanny' can.
Luckily, fans of the podcast have had several specials to keep them going since the first series came to an end. Back in June, Danny dropped three summer specials, which made it in to the top 10 most listened to podcast on BBC Sounds for the whole year. Late in 2022, Danny treated followers to two Christmas specials, which this time went top five in the list of podcasts streamed throughout December on the platform.
The first of these festive offerings told the story of a young child and his mother, who shared a council house in a Scottish village, but as objects started to inexplicably move they got the feeling that they are not alone. This was followed by an episode recorded live at the London Podcast Festival 2022 and featured a very special guest with links to the paranormal, Mark Gatiss. The pair discussed their mutual passion for ghosts, and investigated some new listener-submitted stories of weird goings-on.
If these Christmas specials have left you wanting more, then fear not, there is more to come. At the end of the first of the festive episodes, Danny told listeners that they can not only expect a new series of the podcast in the coming months, but also a move to television for the podcast series. Of course, this meant that Danny was on the look out for more strange stories.
He told listeners in the podcast, which dropped on BBC Sounds on December 21, "I wanna hear your own stories of strange experiences, because 'Uncanny' will be back with a brand new series next year, and very excitingly, some TV specials on BBC Two and iPlayer." He added, "so if you believe you have seen a ghost, or a UFO, or had any other encounters you would class as potentially paranormal, from strange beasts to dark folklore, get in touch."
We're not sure which is more exciting, the news of a second series of 'Uncanny' or the announcement that there is to be a television spin-off. Little is known about the television series, other than the fact it will be more than one episode, as Danny said "some TV specials," but he did say they were coming in 2023, which implies we might get several specials - perhaps dropped as one-offs throughout the year.

2022 was… busy. 2023 is looking busier still, with more #Uncanny (both as a podcast and on TV), more #InsideGhosts, and lots of stuff we’re *really* excited about… but can’t talk about yet.

We’ve loved making it all, so thanks so much for listening… and see you next year! x pic.twitter.com/Aanf6c6zLl

There's also not much to tell about the second series of the podcast yet, other than the fact Danny has said he and his team at Bafflegab Productions have already been working on it. We can also guess that the series won't drop until at least mid-February, because there's something else to look forward to from Danny before then.
An hour-long bonus episode of Danny's other current paranormal podcast series, 'The Witch Farm' is coming to BBC Sounds in early February, so 'Uncanny' isn't likely to resume until after that.
'The Witch Farm' was an eight-part series that came to an end in December, but Danny promised listeners one extra bonus episode, which will give listeners the chance to ask their questions about the case that unfolded at a remote Welsh farmhouse that lasted for six years from 1989. The episode is being recorded in Cardiff, and will feature Liz Rich, the mother at the centre of the haunting.
Tags:
podcastsuncannyparanormaldanny robinstelevision