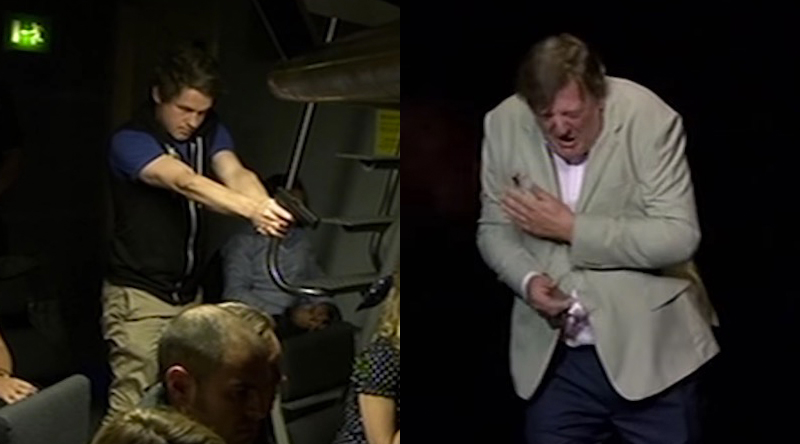 A 25-year-old, Indonesian woman arrested in connection with the murder of the North Korean dictator Kim Jong-un's half-brother says she thought she was part of a comedy prank as part of a television show.
The claims sound like the kind of stunt that psychological illusionist Derren Brown might pull off for a TV special, having previously convinced a participant of his show to shoot Stephen Fry during a public event.
According to Indonesia's national police chief, the suspect Siti Aisyah was "not aware it was assassination attempt by alleged foreign agents."
The chief told the press that the suspect, a struggling mother who had travelled to Malaysia for work, was paid to take part in the pranks, which involved convincing men to close their eyes and then spraying them with water.
However, last Monday at Kuala Lumpur's international airport the male victim was the 46-year-old North Korean exile, Kim Jong-nam and instead harmless water, it's alleged that the bottle contained the toxic VX nerve agent.
Aisyah's story isn't a million miles away from a trick in Derren Brown's series, 'The Events.' Derren convinces an audience member to spray paint in to Derren's and her own face. The bottle is rigged and fails to discharge any paint into Derren's face but a look of shock spreads across the audience member's face as it sprays her, until she realises that the spray can has actually been filled with nothing but water. 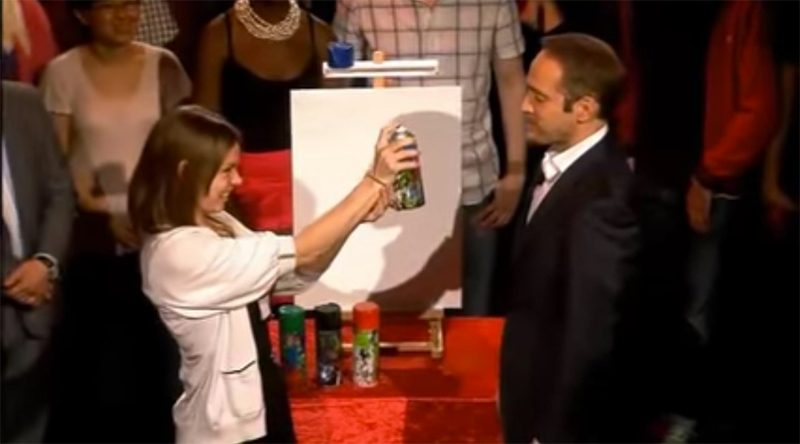 Perhaps even more closely mirroring Aisyah's claims though are two TV shows where Derren has used brain washing techniques and psychological manipulation to push innocent members of the public to commit seemingly criminal acts such as armed robbery and even murder.
In 'Derren Brown: The Experiments' the psychological illusionist convinced an unwitting participant to assassinate Stephen Fry as he gave a speech in public. Stephen was in on the stunt and of course wasn't really killed but Derren's assassin believed he was pointing a real, loaded gun at the television personality.
In a later show, 'Pushed To The Edge' three members of the public were pushed to a point where they willingly pushed a man to his death. Of course the man was an actor and was actually safely attached to a harness.
While no one was harmed in Derren's shows and no real crime was committed, from the participants' point of view, the events were totally real. This kind of manipulation just goes to show how easy it could be for a foreign agent to trick someone into carrying out an assassination on their behalf.
People close to Kim Jong-nam say he was being targeted by his half-brother, Kim Jong-un. They claim he feared for his life and was planning a trip to Europe.
Add A Comment
Tags:
derren browntopical

Derren Brown Explains How We All Use Magic Without Even Realising

Joe Power: The Man Who Contacts The Dead

Derren Brown: How he did it

How did Derren predict the Lottery results?