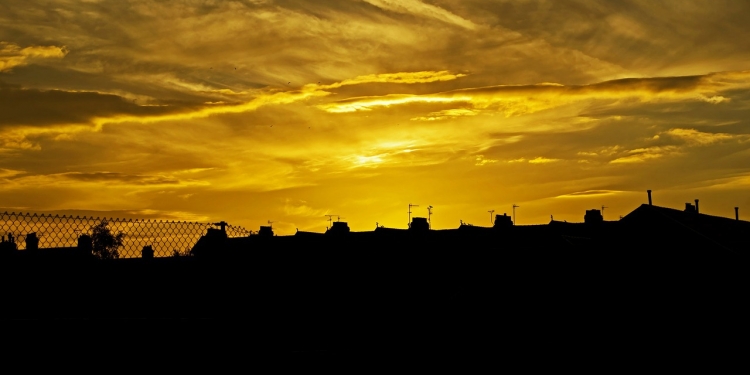 Photo: pixabay.com
The people of Nottingham have spent the last two night looking up at the sky for answers after repeatedly hearing a strange, unidentified rumbling sound from above.
The sounds occurred frequently across Nottingham and the surrounding areas with reports starting from around 10pm and lasting until around 5am the next morning.
Reports of the sound were mostly localised around Wollaton, but some reports were as wide spread as the city centre and beyond.
Many took to Facebook and Twitter to share their experience and to ask if others had heard the mysterious noise, worried that they might have been imagining it.
Almost everyone who heard the occurrence described it as sounding like a hot air balloon using its burner, it lasts for about ten seconds and then gradually fades out. Most of the reports were focussed around Wollaton and neighbouring districts, Lenton, Beechdale, Beeton, Hyson Green and West Brigford, but reports flooded Twitter from as far as Hoveringham, Bilbourgh, Arnold.
Some say the sounds have been waking up residents for the last few weeks but most of the reports on social media started on the night of Thursday 25th May and continued to give locals sleepless nights on Friday 26th May.
The unexplained noise, which some are hearing as often as every two minutes, has been described as a roaring, wooshing, and rumbling sound which echoes across the night sky in places like Bobbers Mill, Carrington, Canning Circus, Clifton, Long Eaton, Keyworth, Cinderhill Island, Radford, Carlton, Top Valley, Mapperley Park and Ilkeston.
One Facebook comment from a guy named Martin states that "this noise is happening all over the world at the moment," but I'm pretty sure this isn't part of a worldwide government conspiracy.
Those who haven't heard the sound think it is most likely to be thunder or some kind of strange atmospheric phenomenon and although there were thunder storms over a lot of the UK over the last few days, the sound being describe is different to that of a lightning strike.
Turn up the volume and have a listen to the sound in the video below which was recorded in Wollaton at 2am on Saturday morning and see what you think, then continue reading for possible explanations of the Nottingham noise.

@Nottingham_Post what the hell is this noise most nights after 2am pic.twitter.com/xXLey31EBa

Possible Explanations For The Nottingham Noise

The residents commenting online have come up with all kinds of theories as to the cause of the mysterious sounds, including distant jet engines, fighter planes, a chinook helicopter or cargo planes from East Midlands Airport.
One local was worried that the sounds could have been a bomb in town, while others likened the noise to that of a gas explosions or "a giant blowtorch."
Several Facebook users posed the question, "is it fracking? I believe it's been approved in the area now." Fracking can be quite loud but it makes a very mechanical sound, if probably wouldn't be operated, and locals would be familiar with the sound having heard it before in the day time. However, it seems no fracking has yet started in Nottinghamshire.
Some residents discussing the cause online think it could be coming from the Radcliff-On-Soar Power Station where it's said you often hear "a very weird noise" which is the sound of the plant's chimneys being cleaned. Margaret commented on Facebook saying that her husband works at the power station and has reassured her that there is no noise coming from the plant at that time of night.
Others claim that even at night, the plant sometimes blows off excessive steam from the boilers, which sounds very similar.
Some residents around Beeston have speculated that the sound is coming from regeneration works at the 300-acre Boots Enterprise Zone. One local claims it's the sound of "steam being dumped when the pressure gets to high" at the site, but others have questions whether the sound would travel as far as it has, but it should be remembered that at night with less background noise from traffic sound can travel a lot further.
One person who witnessed the sounds at the Boots site first hand said "nearly gave me a heart attack once when I was walking past it," while another resident said "I live across from Boots in Beeston Rylands, I'm 99% sure it's coming from their site."
Mick helpfully commented on Facebook saying, "I thought my neighbours were steaming wallpaper off all night."
Add A Comment
Tags:
unexplainedtopicalnottingham

Times may be a bit tougher than normal, but you may find that this will bring you together with friends, family and neighbours in ways not possible before. You could find that you are rebuilding bridges burned many years ago.... Read More