The Paranormal Entertainment Awards Return For 2019 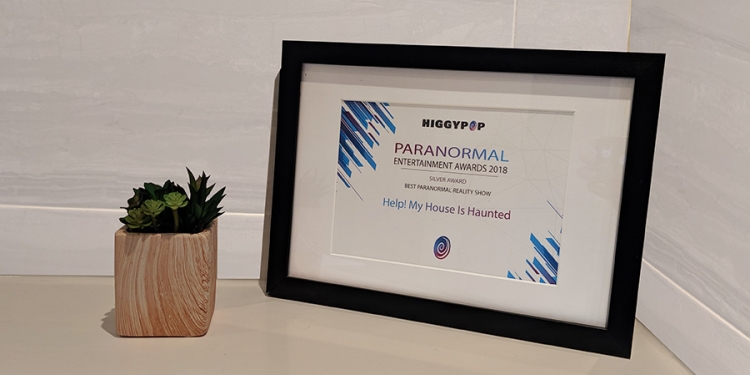 Last year, thousands of fans of the paranormal voted for their favourite paranormal content creators, publishers, hosts and broadcasters. Now it's time to celebrate the best the world of the paranormal has to offer for 2019, as the Paranormal Entertainment Awards return.
The awards will recognise all forms of content created for traditional broadcast, online streaming, social and print, as well as celebrating the stars and creators of that content. Once again we'll be asking you to vote for your favourite paranormal reality television show of the year, the best supernatural movie, as well as the best paranormal investigators, skeptics and psychics of the last twelve months.
Voting for the second annual Paranormal Entertainment Awards will open on November 1st, with this year's winners being announced on Monday 9th December, 2019. Before that, we're going to be asking you to help us compile the shortlist by nominating your favourite people and pieces of work from the paranormal world. We'll be accepting nominations from the beginning of October.

Last year we received over 40,000 votes across the 11 categories, including everything from individual ghost hunter categories, through to movies, TV shows and television channels - help us to make 2019's awards even bigger as we celebrate the talent and personalities of the paranormal world.
Follow @higgypop on Twitter for news and updates and check back soon to nominate your favourite paranormal shows and stars.