Why Paranormal Investigators Don't Like Being Called Ghost Hunters

This article is more than five years old and was last updated in January 2022. 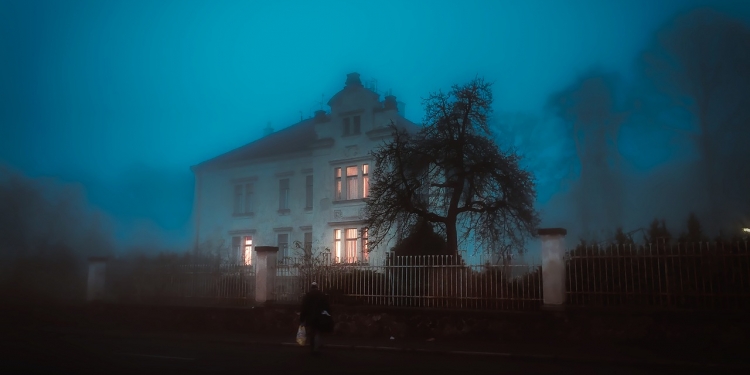 Photo: pixabay.com
Recently more and more newspaper inches are being dedicated to the pursuit of researching the unexplained, but it seems that some paranormal investigators don't like the media labelling them "ghost hunters". Is this just supernatural snobbery or is the term ghost hunting a slur on this field of research?
If you ask someone who is happy to be called a ghost hunter, they'll tell you that a ghost hunter and a paranormal investigator are exactly the same thing. However, those who called themselves paranormal investigators and dislike the term ghost hunter are the ones who define the differences between the two terms.
Paranormal investigators claim that ghost hunters are nothing more than casual hobbyists who look at the paranormal from a superficial point of view . They embark on ghost hunts for recreation, leisure or entertainment, because of this it's sometimes said that ghost hunters bring mockery and a negative perception to the field.
Where as paranormal investigators or researchers say they take the whole subject much more seriously and set out to find a reason an explanation behind supernatural happenings.
These same supernatural buffs say that if they call themselves paranormal investigators rather than ghost hunters, then the general public take them more seriously. However, it should be remembered that depending on which survey you read, only one third of the population of the UK believe in ghosts, so the majority of the public will have little respect for anyone hunting ghosts no matter what they call themselves.
So, who is right? Well, let's take a look at how the dictionary defines these conflicting terms...
ghost - an apparition of a dead person which is believed to appear or become manifest to the living, typically as a nebulous image.
hunt - search determinedly for someone or something.
paranormal - denoting events or phenomena such as telekinesis or clairvoyance that are beyond the scope of normal scientific understanding.
investigate - carry out a systematic or formal inquiry to discover and examine the facts of so as to establish the truth.
Looking at the definitions side-by-side, there is a difference. Are you searching determinedly for ghosts, or are you carrying out a systematic inquiry to to establish the truth behind the paranormal? But this is really just semantics, in both cases these supernatural sleuths are trying to find evidence that ghosts exist.
No matter what term is applied, it involves people visiting a haunted location, and looking for proof. This can simply be using your own senses to spot something odd, or the use of electronic ghost hunting gadgets. They may also try to communicate with spirits using a Ouija board, and try to capture evidence of the paranormal in photo or video form.
There are countless examples of fairly well known people who like to label themselves as a paranormal investigator who run ghost hunts for members of the public. Surely if they were that serious about their label as paranormal investigator, they would run paranormal investigations, not ghost hunts.
Conversely, there are plenty of well respected paranormal investigators who are quite happy to be labeled a ghost hunter, especially when appearing on the media.
Some say that hunting suggests that all ghosts are malevolent and have intent to cause us harm, and that ghost hunters visit haunted locations to try to capture the spirit - this is more like ghost busting.
If you've ever been on a ghost hunts then you'll know that no matter who is leading the even, the objective is never to hunt down and re-kill a ghost. The aim of any ghost hunt or investigation is to prove the existence of ghosts and determine a logical explanation for any non-paranormal happenings.
So, we throwback to the original question... is this just supernatural snobbery or is the term ghost hunting a slur on this field of research? Well, as someone who write about the paranormal, to me it seems like nothing more than snobbery. When I write, the two terms are very much interchangeable, if for no other reason that using alternative variants of a term means I can avoid repetition in articles.
At the end of the day, we all have the same goal. It's just that some investigators are good and some are bad. It is their methods that should be questioned, not their title. It's perfectly acceptable to call whatever you want. Personally, I use the term ghost hunter when referring to myself. I tell people "I am going ghost hunting" or "I'm going on a ghost hunt".
Tags:
paranormaltopical