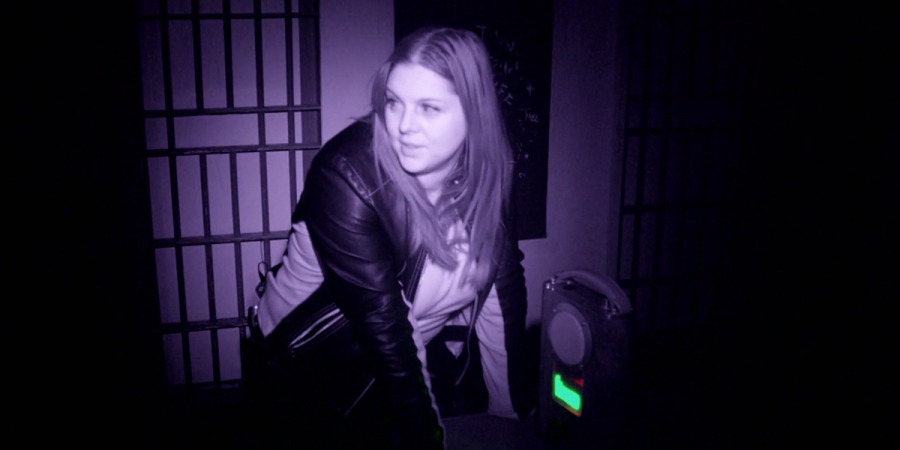 The Really channel have just given British fans of the paranormal another chance to see the whole second season of Nick Groff and Katrina Weidman's ghost hunting, 'Paranormal Lockdown'.
With the 12 episodes fresh in our mind, how much can you remember about Nick and Katrina's 72-hour lockdowns inside some of America's most haunted locations? Test your knowledge with these tricky trivia questions.

1. Which location investigated by Nick and Katrina in the second season is an 18-storey brick building?

2. Nick and Katrina investigated the Rampart Street Murder House in New Orleans, where a high profile murder recently took place, but who committed the crime?

3. What is the name of the device that Nick and Katrina use that uses 3D mapping technology to detected paranormal activity?

4. Nick and Katrina were joined by Ben Hansen at Waverly Hills Sanatorium, but which paranormal show did he star in?

5. Which of these paranormal investigators features in the second season of the show as a gueat?

6. Which of these did NOT join Nick and Katrina at Bellaire House as a guest investigator?

7. What is the name of the infamous 1970s serial killer who was for a time detained at Old Chatham County Jail in Georgia?

8. Nick and Katrina use a device called a Wonder Box throughout the season, but who is its creator?

9. The Rampart Street Murder is situated above a former voodoo shop in New Orleans, but what was it called?

10. Who were the haunted artefact collectors who joined Nick and Katrina at the Scutt Mansion in Illinois?

11. As a result of Nick and Katrina's investigation, what was found under the Monroe House?

12. Which of these US presidents did NOT hold closed-door meetings in Statler City Hotel?

13. What is the Monroe House in Indiana named after?

14. At which location in the season did a large cloud of dust bellow out of the empty room?

15. Which of the show's hosts had investigated Waverly Hills Sanatorium before?

16. In which state is the St. Oliver House that the duo investigated?

17. As which season two location did the team capture a noose swinging on camera?

18. George Brown joined Nick and Katrina in the series, but which paranormal gadget that features in the series did he invent?

19. Nick used some equipment to stir up the spirits at the Monroe House, what type of audio did it produce?

20. In what odd spot did Nick sleep at the White Hill Mansion?