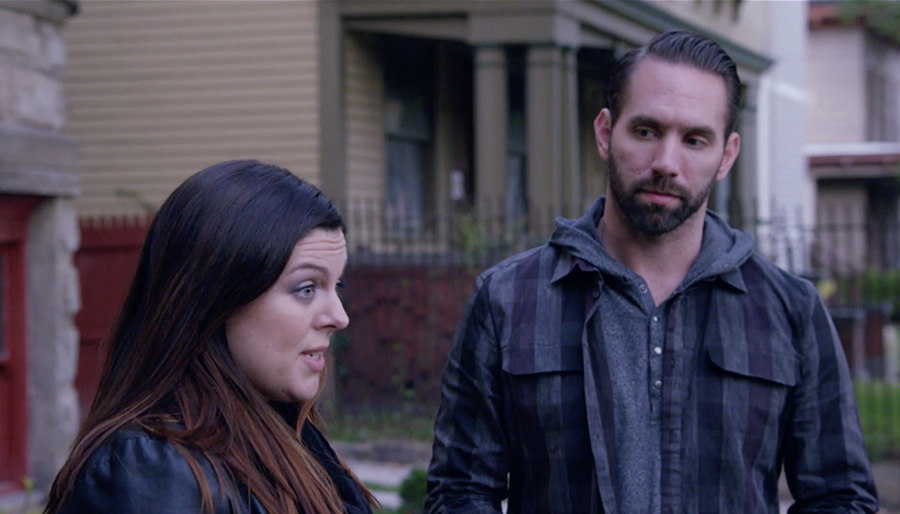 Nick Groff and Katrina Weidman spend 72 hours confined to the vacant rooms of a grand Victorian mansion in Cleveland, Ohio.
Here in the UK, the series is being billed as 'Paranormal Lockdown US', and although the show is new to Really, it actually pre-dates the recent UK series and has previously been shown on Quest Red in the UK. This week Really brings us episode three of the first series.
Nick and Katrina are the first paranormal team to investigate Franklin Castle, where dark and tragic family secrets are said to be locked away.
Before arriving at the house, Nick said he couldn't wait to "dig deep" at this location. He said, "the anticipation of getting to this location is driving me crazy, it's been 15 years to come to this location. I've been researching it. I know all the mysteries, all the legends, but I just don't know what's factual and what's not."
The house's dark past dates back to 1880 when a wealthy immigrant named Hannes Tiedemann moved his family here. Soon after moving in, his daughter Emma died and then four years later his wife Louisa died. It's said that after this the house took on a darkness that remains to this day. There are reports of a crying child, a young girl in a white dress, and a woman watching from the upper windows wearing black.
Katrina said, "it's supposed to be one of the most haunted locations in the United States and we're the first ones to do it, so we don't know what's waiting for us."
Upon arriving at the house Nick and Katrina were joined by a local paranormal investigator named John Tenney. While walking around the eerie house with him, Nick suddenly feels as if he saw a figure walk by them, at the same moment John saw a shadow. As they attempted to resume the team found that the batteries in John's mic pack had mysteriously died.
Nick said, "having this much happen in our first hour here is incredible." After a brief chat with Jim and Dee Romano about their experiences as former residence of the house, the duo turned out the lights, switched their cameras to night vision and began their first evening of investigation. 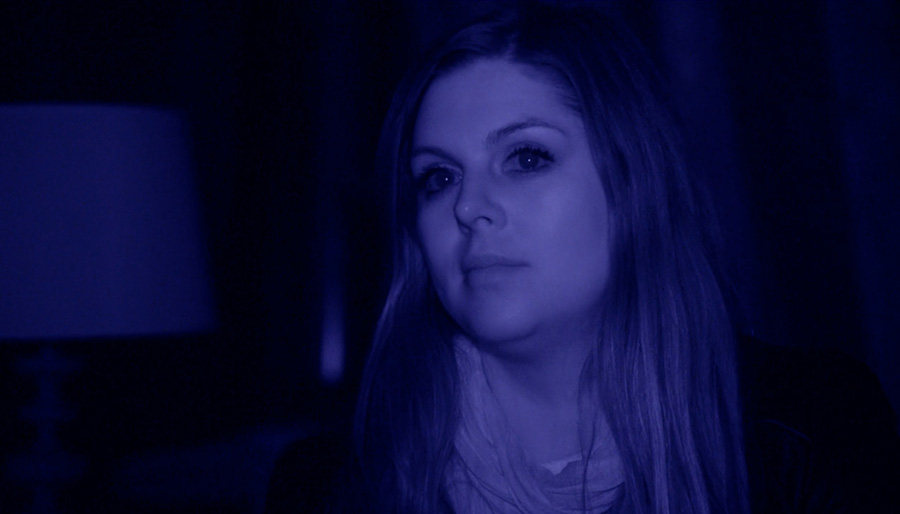 Because Jim and Dee had told the investigators that the ghost of the young girl named Emma liked to play hide and seek in the basement, Nick and Katrina started off with an impromptu game. It was all fun and games until Nick felt like something suddenly touched the back of his leg in the dark. Nick described it as feeling like he's been 'tagged' as part of the game.
As they heard strange knocking sounds around them, Nick tagged Katrina, which meant she was 'it'. Nick hid, while Katrina counted to ten and encouraged any spirits present to knock to give her a clue where they were hiding. A knocking sound came from upstairs, the sound was so clear that Katrina thought it was Nick.
The team then paused their game when they thought they'd caught something on camera, but after playing the footage back there didn't seem to be anything there.
After the distraction, the continued their search for Emma, which lead them to an abandoned room upstairs. Nick said when he walked upstairs it felt like he passed through a field of static electricity. He said, "it's like whatever was downstairs moved up here away from us." 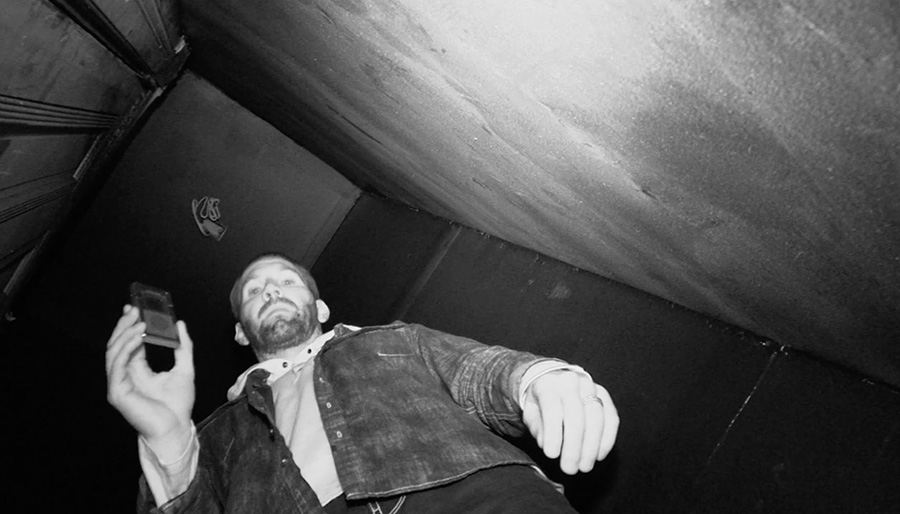 After just a few hours sleep, the duo resumed their investigation. They focus their attention on the former room of Louisa Tiedemann, she's been blamed for the figure seen wearing black in the first floor windows. Nick climbs into a closet with a black and charred door that was damaged during an arson attack. Nick said that his time in the closet drained him of energy.
Katrina then shut herself into the closet and attempted to capture some spirit voices in the form of EVPs, or electronic voice phenomenon using a handheld digital audio recorder. Katrina said she wasn't getting much in the closet so came out to review the audio. Upon playback, the duo felt that they'd captured what they thought sounded like an angry voice on the recording. They concluded that the garbled voice said "seven".
Moments later while conducting another paranormal experiment, they heard a sound running away from them. Nick chased the sound down stairs. He then crouched down and grabbed his audio recorder, but over his shoulder, the cameraman, Rob, noticed a low dark mist forming on camera.
Nick said, "capturing this anomaly, this mist that just appeared in thin air on the camera and just disappeared, that's groundbreaking to me. I've never seen something like that in all my years of investigating, and I'm absolutely blown away right now, but I'm excited at the same time."
Katrina added, "in my ten years of doing this, I have never seen anything like that with my own eyes, or captured it on camera."
After all that excitement, Nick and Katrina found different parts of the house to set up their beds and try to get some sleep. Perhaps it wasn't the wisest thing to do, but Nick set up motion sensors around his bed, and it wasn't long before something unseen triggered them and disturbed his rest.
A little while later, Nick tried another EVP session. He captured a scratching sound which he thought sounded like a voice saying, "I need help". So he went back to bed.
On their final night in the house, Nick says they have already connected with the ghost of Emma, who they think has reached out for their help, but Nick and Katrina don't yet know how to help. They discuss the problem of Emma and how to help her, but they fail to come to any conclusion or help Emma in anyway.
'Paranormal Lockdown US' continues next week on Really as part of the channel's #Freakend event, bringing viewers two nights of paranormal entertainment every Thursday and Friday.
You can watch in the United Kingdom and Ireland as part of the Discovery family of channels. You can watch Really on Freeview (17), Sky (142), Virgin Media (129) and Freesat (160), plus YouView, BT TV and TalkTalk TV. Or watch previous episodes on demand on dplay.