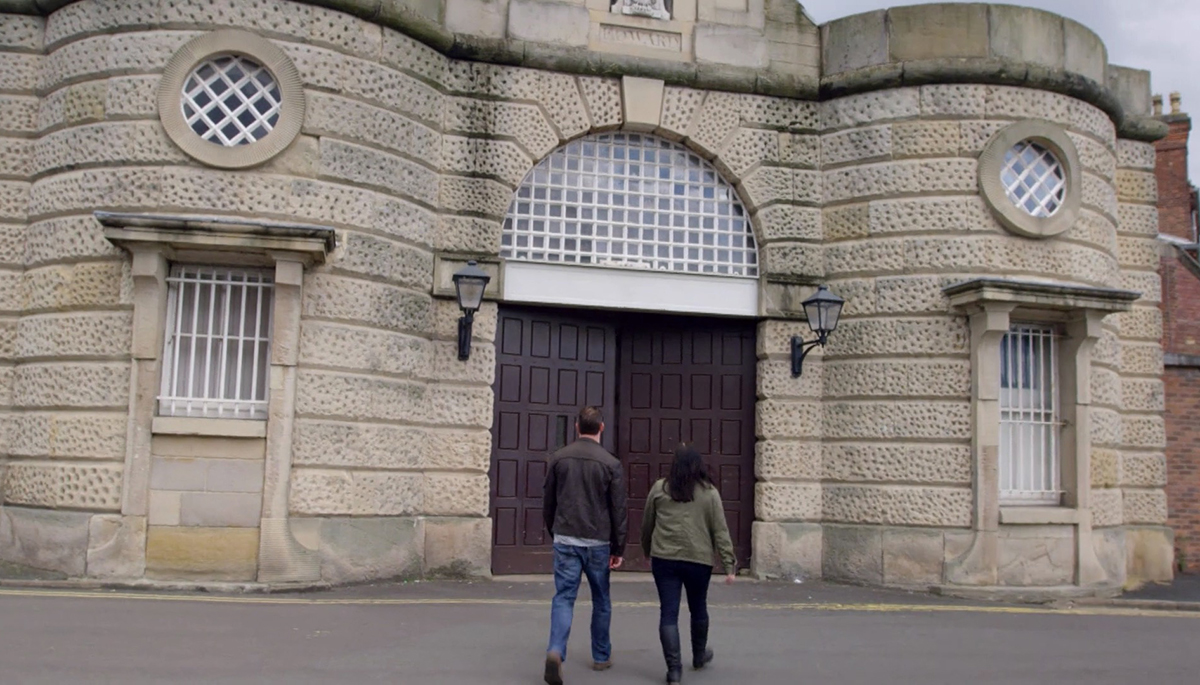 Nick Groff and Katrina Weidman unlock the foreboding secrets of HM Prison Shrewsbury, facing down over 200 years of executions, anger and tragedy.
Here in the UK, the series is being billed as 'Paranormal Lockdown US', and although the show is new to Really, it actually pre-dates the recent UK series and has previously been shown on Quest Red in the UK. This week Really brings us episode two of the second season, and funnily enough, it's set in the UK.
Nick and Katrina become some of the first people to be locked inside the 200-year-old prison in Shropshire since its closure in 2013. The prison was built in 1793, but soon became overcrowded with double its designed capacity of inmates. Public execution regularly took place at the prison for one of 220 hanging offences, everything from murder to stealing a loaf of bread. The executed were buried in unmarked graves within the prison's walls.
It's said that guards frequently refused duty on the most haunted wings, after hearing terrifying noises and seeing shadow figures. Since the prison opened for tours, many visitors have also experienced hearing cries and even felt a ghostly hangman's noose around their neck.
Before the investigation, a nervous Katrina said, "prisons generally freak me out, they're probably the one place that I hate to investigate."
Upon arriving at the vast prison they met with Steve Dorricott, a former guard and on their initial walk around the cell blocks they heard doors slamming around them. 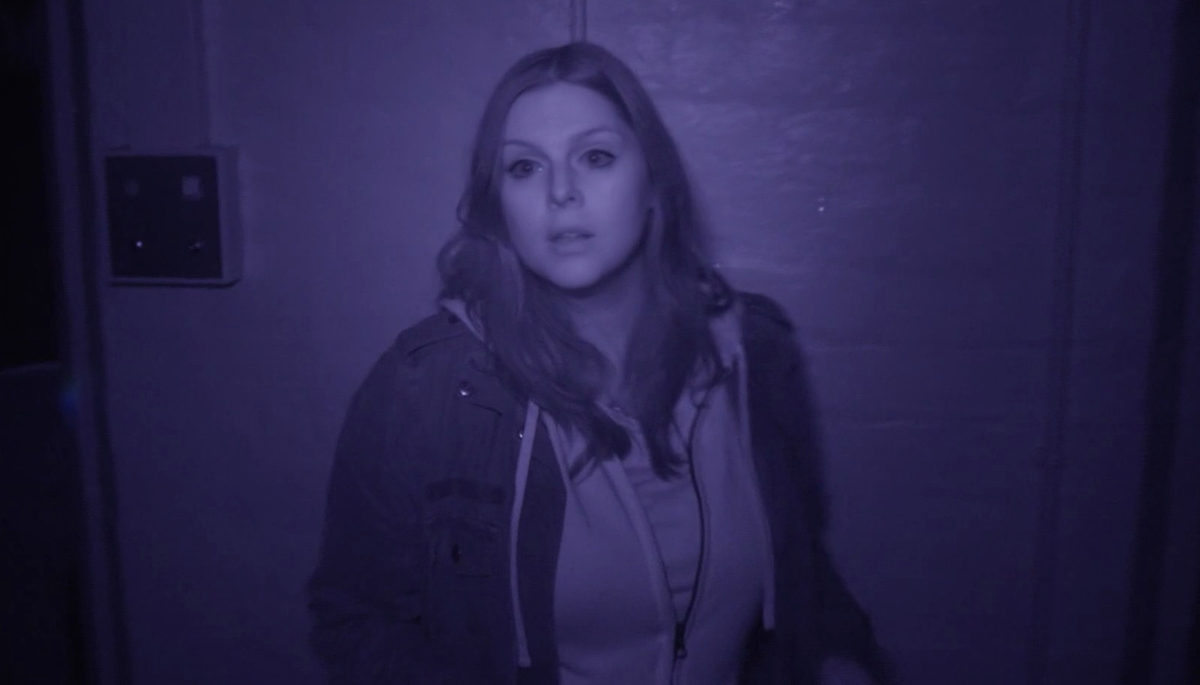 As night fell Nick and Katrina began their investigation in C Wing, where guards refused to work alone and a grey lady has been seen coming out of cell two and walking towards what was the hanging room.
They hadn't been there long when Katrina was looking down at the ground floor from the first floor balcony and thought she saw someone walking around near their equipment, but there was no one else in the wing with them at this time. She described the figure as looking "like a male, wearing a hat and it's all dark."
Next they moved on to the execution room, where a noose now hangs marking the spot of the former gallows where hundreds of prisoners paid the ultimate price for their crimes. While investigating the room they heard a huge crash coming from C Wing and went back out to investigate. Unfortunately running in the dark wasn't a great idea, as Katrina slipped on the stairs.
Katrina, who luckily didn't seem to have done any serious damage, said "sometimes the buildings are more dangerous than the paranormal." Well, yeah, there's always more hazards posed in any building than there is a genuine threat of injury from a paranormal entity.
Soon after the pair call it a night. Normally the pair sleep in different parts of the building they are investigating, but because of her fall, Nick stays close to Katrina and they both sleep on C Wing.
On the second night, the pair resume their investigation, this time in A Wing. Almost straight away Katrina had another incident. She failed to see a step in the dark and landed awkwardly on her already damaged ankle.
Nick later ventured into what was only referred to as "the tunnels" in the episode. These tunnels are actually part of a much older prison that the current building was constructed on top of. In this part of the prison he heard a loud sound, which seemed to come from upstairs, so he headed back to the ground floor and didn't seem to investigate much of the tunnels.
He rejoined Katrina on A Wing, where moments later he thought he saw a shadow run past a doorway. Vague sightings and fleeting glimpses of figures seems to be a common occurrence in 'Paranormal Lockdown'.
The duo decided to sleep in A Wing on the second night, sharing a cell with Nick on the top bunk. 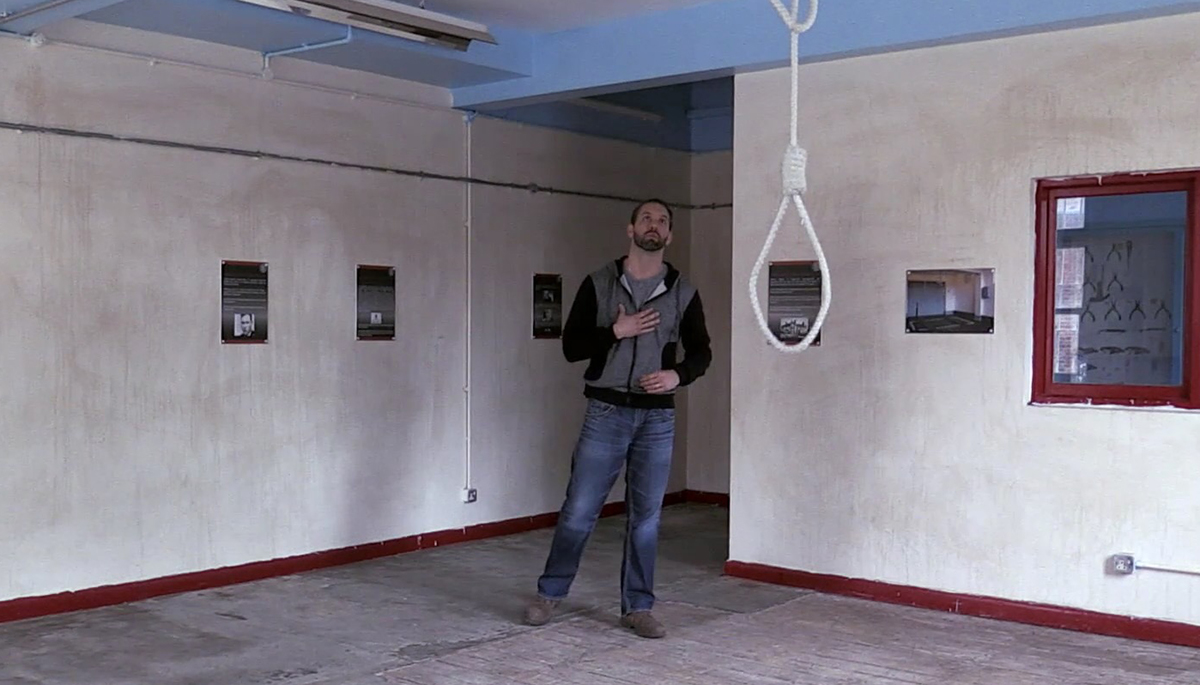 The next day, because Katrina's injury was slowing her down, Nick went to investigate C Wing on his own. He was using a GeoBox, a device that monitors vibrations, radio waves and electromagnetic frequencies looking for anomalies that could be caused by spirit interaction. It's thought that intelligent spirits can manipulate or use the device's sensors to relay intelligent responses in the form of words or sentences.
Nick calls out "were you part of death row?" A sound came through the box that Nick thought sounded like "yes", but the term death row is a very American term and wouldn't have been used in the UK, especially since the condemned weren't held on any form of death row in the UK as punishment was usually delivered pretty swiftly to help with the overcrowding problem. The term was first used in the US in the 1930s, there were only five executions in Shrewsbury from 1930 onwards and it's unlikely they would have been familiar with the term.
Seconds later Nick heard the door of cell four slam shut on its own. This was followed by what he thought sounded like someone moving around the jail, including the sound of footsteps.
Later Nick is alone in the hanging room and sees the noose suddenly jerk and begin to swing. At the time Nick was alone in the room and all the windows in the room were closed, which rules out the possibility of a draught causing the movement. It was an impressive piece of evidence.
Watching the moment back later, Katrina said "this is probably one of the best pieces of footage I've ever seen in my ten year career in the paranormal field."
The duo then caught what Nick calls their "most incredible evidence yet," but actually it pales in comparison to the footage of the noose. They were using a notoriously unreliable SLS camera, a device that uses 3D mapping technology to detect human-like shapes in the darkness.
The camera showed an anomaly on screen next to Katrina in the form of a stickman. It was glitching and dancing around next to her, which takes some credibility away from the catch.
'Paranormal Lockdown US' continues next week on Really as part of the channel's #Freakend event, bringing viewers three nights of paranormal entertainment every Thursday, Friday and Saturday.
You can watch in the United Kingdom and Ireland as part of the Discovery family of channels. You can watch Really on Freeview (17), Sky (142), Virgin Media (129) and Freesat (160), plus YouView, BT TV and TalkTalk TV. Or watch previous episodes on demand on dplay.