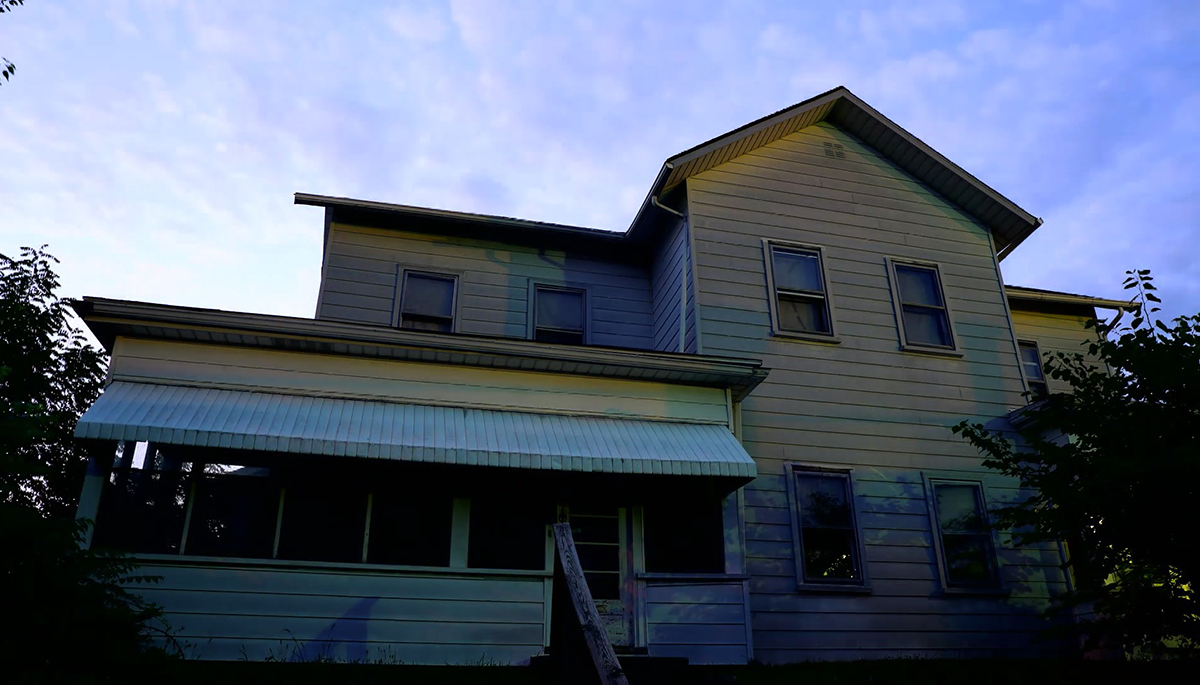 Nick Groff and Katrina Weidman head to Indiana and lockdown for 72 hours inside the mysteries of Monroe House. Katrina engages with the occult and Nick engages with a dark presence, as they are both eventually lead to the chilling source of the haunting.
Here in the UK, the series is being billed as 'Paranormal Lockdown US', and although the show is new to Really, it actually pre-dates the recent UK series and has previously been shown on Quest Red in the UK. Now on week three, Really finally bring us the first episode of the second season.
The ordinary-looking house at the centre of this week's investigation is situated on Monroe Street in Hartford city, Indiana. The house is said to be the most haunted in the state, but despite rumours of occult practices being performed there, there is no documented history of any tragedy or hardship taking place at the house, making it all the more mysterious.
The paranormal activity includes unexplained feelings of nausea, disembodied voices, lights turning on and off, and unexplained sounds. Plus witnesses have reported seeing shadow figures in the property.
Upon arriving at the abandoned house they meet with its owner, Eddie Norris, who shows them around. Eddie tells the duo about some strange items that were discovered by workers in the basement. These included a small fabric pouch containing jewellery wrapped in what appeared to be human hair.
Nick and Katrina talk this over with guest expert, Michelle Belanger, and they all agrees this is a clear evidence of links to the occult within the house. 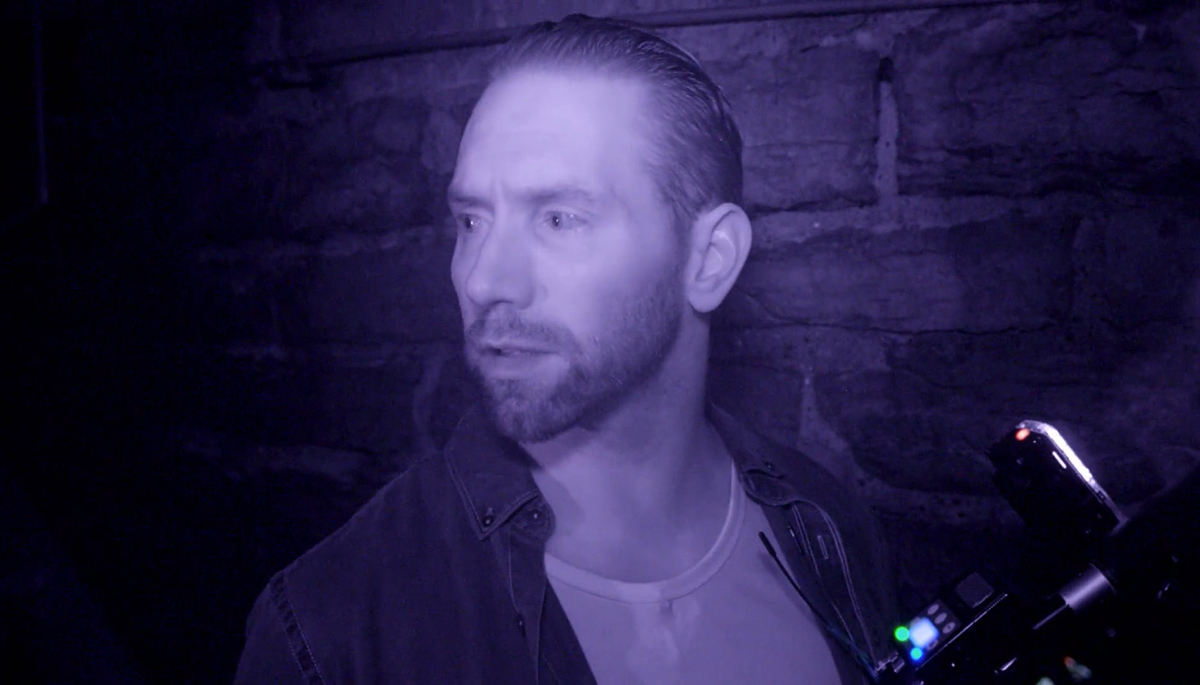 Nick and Katrina begin their first night of investigation and are instantly drawn down to the basement, where some of the worst of the activity in the house is said to have happened. The basement opens into a crawl space where the occult items were found.
As they begin to call out they heard a very clear but very odd sound, which could have been wildlife outside the house. The investigators didn't give their opinion on what the sound could be.
Moments later the first night of the investigation came to an end and the pair set up camp for the night.
The next night Nick said that the investigation so far as been very quiet, this is probably why we only saw a couple of minutes of the first night of their time in the house and nothing from the second day at all until night fell on hour 28.
To try to "wake the house up," Nick produced a tone, which he says will draw in spirits, using an infrasound generator. Katrina felt that the device had the opposite effect and actually drove the spirits away, although this was just based on her feelings and instinct.
After the infrasound experiment, Nick pulled out his Geobox, a device that monitors vibrations, radio waves and electromagnetic frequencies looking for anomalies that could be caused by spirit interaction. It's thought that intelligent spirits can manipulate or use the device's sensors to relay intelligent responses in the form of words or sentences. Nick thought an indistinct sound that came through the device was a voice that said "Satan was here."
Moments later puddles of water appeared on the floor, something Nick claims is the first sign of a malevolent haunting. As they investigated they discovered a trail of water leading them to the kitchen. Once in the kitchen, Nick thought he saw a shadow figure behind Katrina, but he was unable to confirm this.
Despite thinking they had been intentionally lead to the kitchen, they left again, but were moments later drawn back by a sound. When they return to the kitchen they found all the cupboard doors had opened. This time they remained in the room and started using an array of ghost hunting gadgets to try to make contact with the spirits of the house.
Seconds later Nick shouted, "the ground is shaking! Do you feel that? Holy f**k, the house is shaking. Everybody get out!" So Nick and Katrina ran from the house, tailed by their camera man, Rob Saffi. Outside, Nick said "the house is coming alive," it's a shame they left as it did.
It wasn't long after this that things seemed to have completely calmed down. Before the pair set up their beds for the night, they used their Geoport in the kitchen. They heard what they thought were voices saying "basement" and "dig". 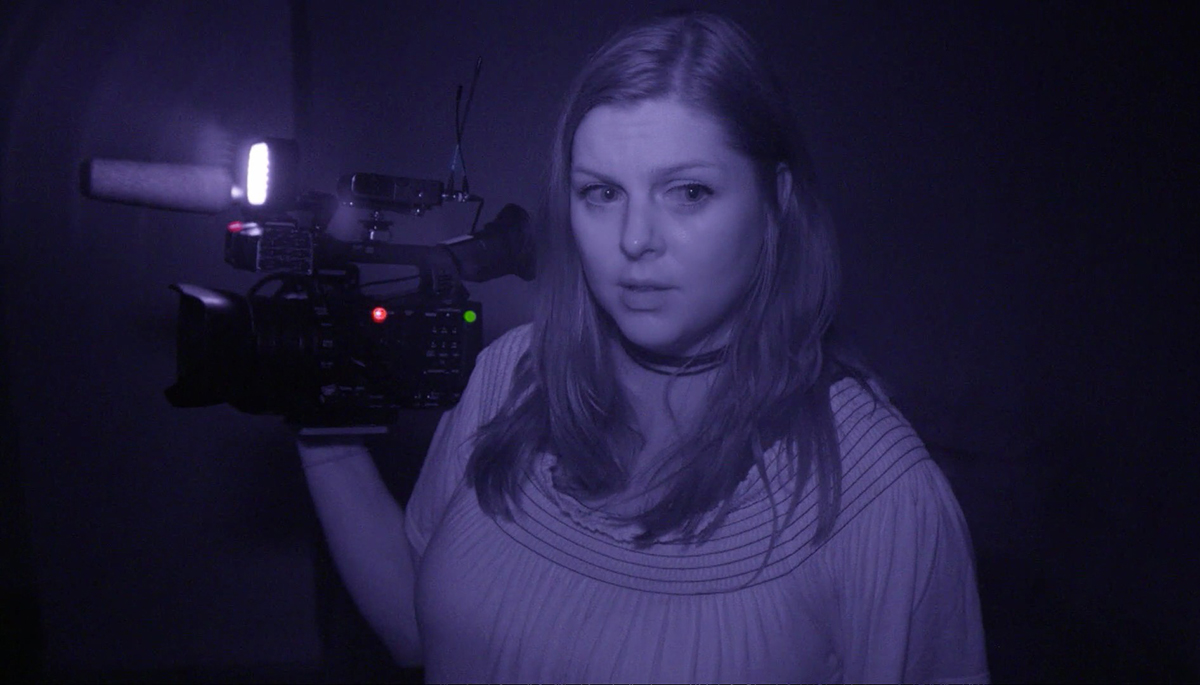 There was no footage from the daylight hours of Nick and Katrina's third day, so presumably this was another quiet day. But on their final night, Nick followed the tip off they'd received through the Geoport the previous night and decided to head to the basement to dig in the crawl space.
He crawled to the back of the dirty under-floor space, where he panicked and felt like he was being touched. He shouting, "what do you want from me?" Before screaming that it had his feet. Katrina heard the screams and came to investigate, but by the time she got there Nick was silent and seemed to have calmed down.
Speaking afterwards he said, "that was the scariest thing I've ever done in my life." He then told Katrina he felt like something had clawed at his back, but disappointingly, they didn't check for marks on his skin. He never actually got to dig in the basement.
Four days after filming, Eddie called the duo back to the house after uncovering something in the crawl space. Nick went in to investigate with Eddie and was amazed to find what looked like human bones buried in the soil beneath the house. As they continued to brush away the soil, they found a skull.
At this point they were forced to stop what they were doing and call the police. Nick and Katrina felt sure that the voices they heard through the Geoport directly lead them to a buried body beneath the house. Nick said, "these are the things that can cause an extremely active haunting."
The episode was a strong start to the new season and one of the show's best to date.
'Paranormal Lockdown US' continues next week on Really as part of the channel's #Freakend event, bringing viewers three nights of paranormal entertainment every Thursday, Friday and Saturday.
You can watch in the United Kingdom and Ireland as part of the Discovery family of channels. You can watch Really on Freeview (17), Sky (142), Virgin Media (129) and Freesat (160), plus YouView, BT TV and TalkTalk TV. Or watch previous episodes on demand on dplay.