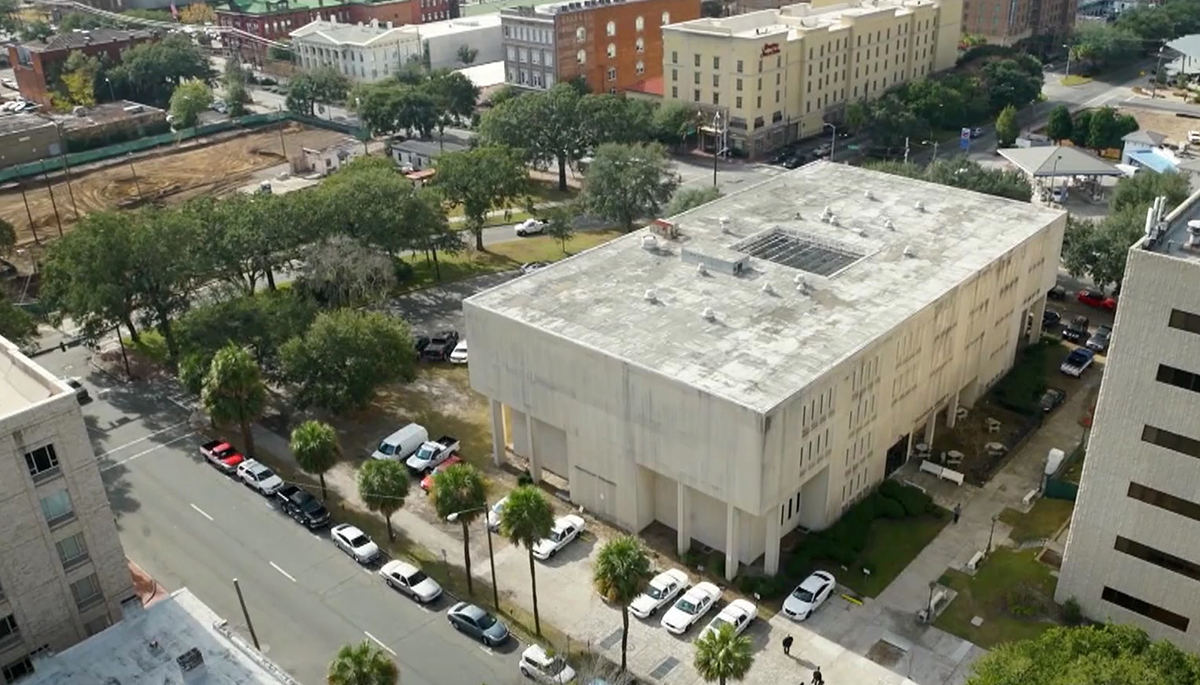 Nick Groff and Katrina Weidman become one of the first teams to investigate a location riddled by phantom noises, as they lock down for 72 hours inside a haunted jail in Savannah, Georgia.
Here in the UK, the series is being billed as 'Paranormal Lockdown US', and although the show is new to Really, it actually pre-dates the recent UK series and has previously been shown on Quest Red in the UK. This week Really brings us the final episode of the second season.
Old Chatham County Jail in downtown Savannah, Georgia sits in the heart of one of America's most haunted cities, built in 1974, the four storey structure is a fortress of concrete and iron, but in recent years, accounts have escaped of guards and inmates encountering apparitions roaming the halls, disembodied voices and phantom footsteps.
By 1989, the population exceeded its capacity and the Old Chatham County Jail was closed. Few have crossed the threshold since, but rumours of its paranormal inhabitants continue to slip through the bars.
At the time of filming the episode there were plans to demolish the building, but before that Nick and Katrina locked themselves inside, the first to sleep their since it closed, with minimal available records or prior investigations to guide them, there is no knowing what awaits them.
Upon arriving at the imposing building, Katrina told Nick, "out of all of the places we investigate, jails are the worst for me because they make me so uncomfortable." Nick agreed, "yeah, and the scary thing about this investigation is that we don't know much about the location." 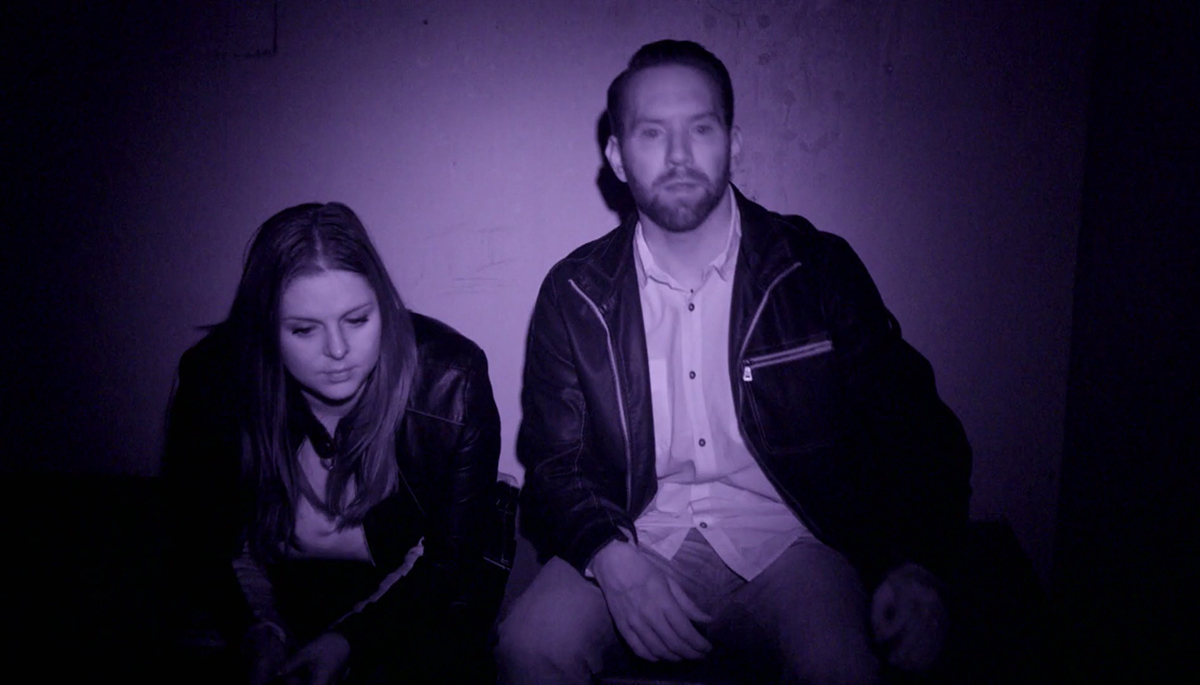 The duo begin their investigation on the fourth floor in the East Wing where they plan to begin at the top and work their way down to get a baseline of the building and find out where the most active areas are. Early in the vigil, still on the fourth floor, they heard what they thought sounded like dragging footsteps.
Moments later Katrina called out "can you make a really loud noise" and the building seemed to respond with a loud knocking sound. They thought the sound was coming from the next floor down, so ran down to investigate. The third floor is where the most violent and infamous inmates were held, including Carl Isaacs, a serial killer responsible for six deaths across Georgia in the 1970s.
Here Nick pulled out his GeoPort which monitors vibrations, radio waves and electromagnetic frequencies. It's thought that intelligent spirits can manipulate or use the device's sensors to relay intelligent responses in the form of words or sentences. They had a couple of words and phrases come through, but none were particularly clear, until one seemed to say "you wanna go that way". When Katrina asked where, a voice through the box said "15," which was interesting since they were currently close to cell number 15. However once they sat in the cell, it seemed to fall silent.
The rest of their first night of investigating was fairly quiet, so they found spots to sleep. Nick set up his bed on the East Wing of the third floor, where he slept in the middle of a hallway and was disturbed by odd sounds throughout the night. Katrina was two floors down in a cell that had earlier made her feel uneasy, but seemed to have a peaceful night's sleep. 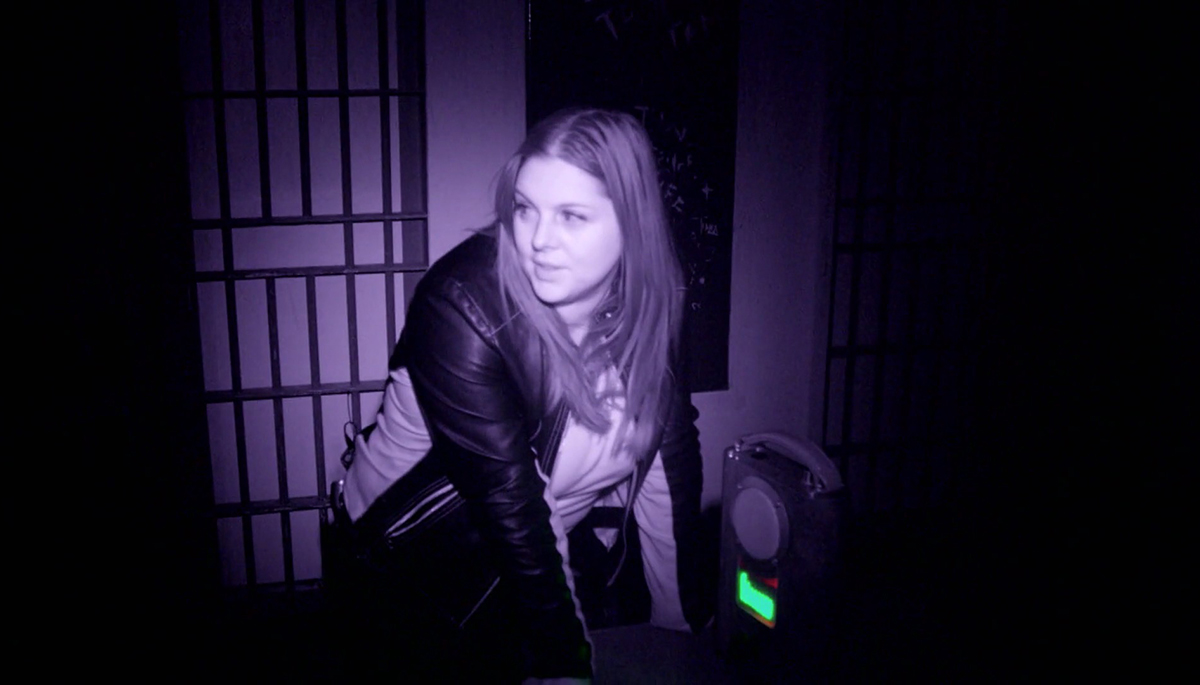 The next day the investigators hoped to find out what the sounds were that Nick heard while trying to sleep the previous night. They set up vibration detectors, light sensors and proximity detectors in the same area. While two of the devices didn't trigger, the vibration sensor was very active.
Later that day they used an SLS camera, a special type of camera that uses 3D mapping technology to detect human-like shapes in the darkness, it highlights them on its screen in the form of a stick figure. Nick said "maybe we can pinpoint where these knocks are coming from, but not only that we can try to map out the figure that's doing it." It's a strange assumption that knocks and bangs in a haunting case must be the result of a human-like figure, perhaps this is why they seemed to give up on this bit of kit pretty quickly.
Instead they resorted to calling out to the spirits and encouraging them to make a noise. At one point Katrina had just called out "hello" and a clear voice seemed to reply saying "hello". Moments later, they heard a dragging sound.
They then started using a Wonder Box, a device that spews out random phonics, the sounds that make up words. Supposedly spirits can affect that random nature of this device to form meaningful words and sentences. However on this occasion they had no intelligent responses, which resulted in a quiet night over all.
This time Katrina slept in the recreation yard under the open sky, while Nick set up is bed in solitary confinement in what was Carl Isaacs' cell. Again, Nick heard several loud and unexplained noises throughout the night, but this time Katrina was also bothered by strange sounds.
The next day Nick and Katrina found a suicide note in a records room and the accompanying report on two deaths in the jail. This leads them to believe that the knocks might be related to these suicides - despite the fact there's no solid evidence to suggest that the haunting is in any way linked to a human spirit, let alone a suicide victim.
They split up to try to make direct contact with these two former inmates, but after Katrina heard some footsteps she started feeling uncomfortable so rejoined Nick, who hadn't experienced anything during his time alone. Towards the end of the investigation, they once again used the GeoPort on the third floor, but this time the responses were unclear. Moments later the device's battery suddenly died.
The investigation ended with what the team thought was a figure that they caught on camera. It appeared in the form of a shadow moving behind Nick.
'Paranormal Lockdown US' continues next week on Really as part of the channel's #Freakend event, bringing viewers three nights of paranormal entertainment every Thursday, Friday and Saturday.
You can watch in the United Kingdom and Ireland as part of the Discovery family of channels. You can watch Really on Freeview (17), Sky (142), Virgin Media (129) and Freesat (160), plus YouView, BT TV and TalkTalk TV. Or watch previous episodes on demand on Discovery+.