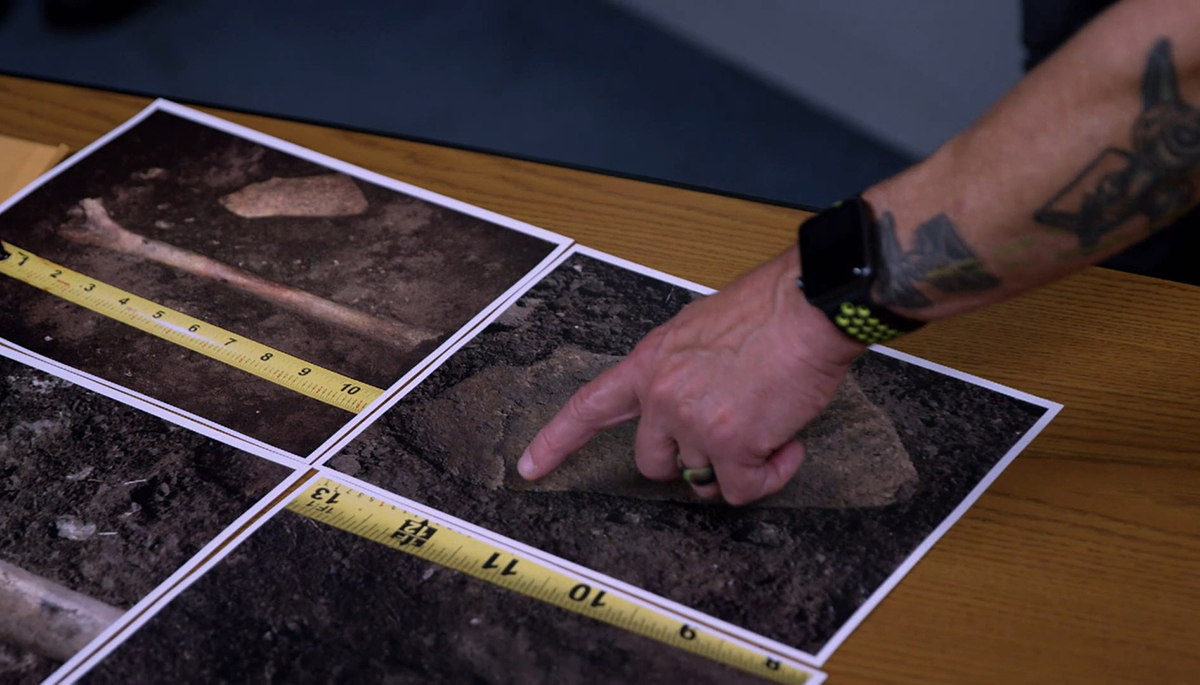 Having recently repeated the entire first two seasons of 'Paranormal Lockdown', the Really channel are now giving viewers another chance to watch Nick Groff and Katrina Weidman in the third season.
Episode five sees the investigators return to an infamous location from the last season, a haunted house in Indiana where Nick and Katrina found human bones.
On their first visit to the property, Nick and Katrina were guided to the basement via voices heard through one of their ghost hunting gadgets in what was one of the most memorable episodes of the show to date. They thought the discovery of bones in the basement may have put an end to the case, but its owner, Eddie Norris, has called them back as things seem to have been getting worse.
The episode ended on a bit of a cliff hanger, but Nick and Katrina have since had it confirmed by anthropologist, Dr Todd Disotell, that the bones were human, so have come back to the house to further their investigation. Nick said, "it's crazy to be back here". Katrina agreed and added, "because of what we found here, we left with way more questions than answers."
Eddie told the investigators that since their visit there has been "big problems" in the house, including bouts of unexplained aggression amongst the workers renovating the house. As always, the duo will spend 72 hours lockdown inside the property as they hope to find out what exactly is haunting the Monroe House. 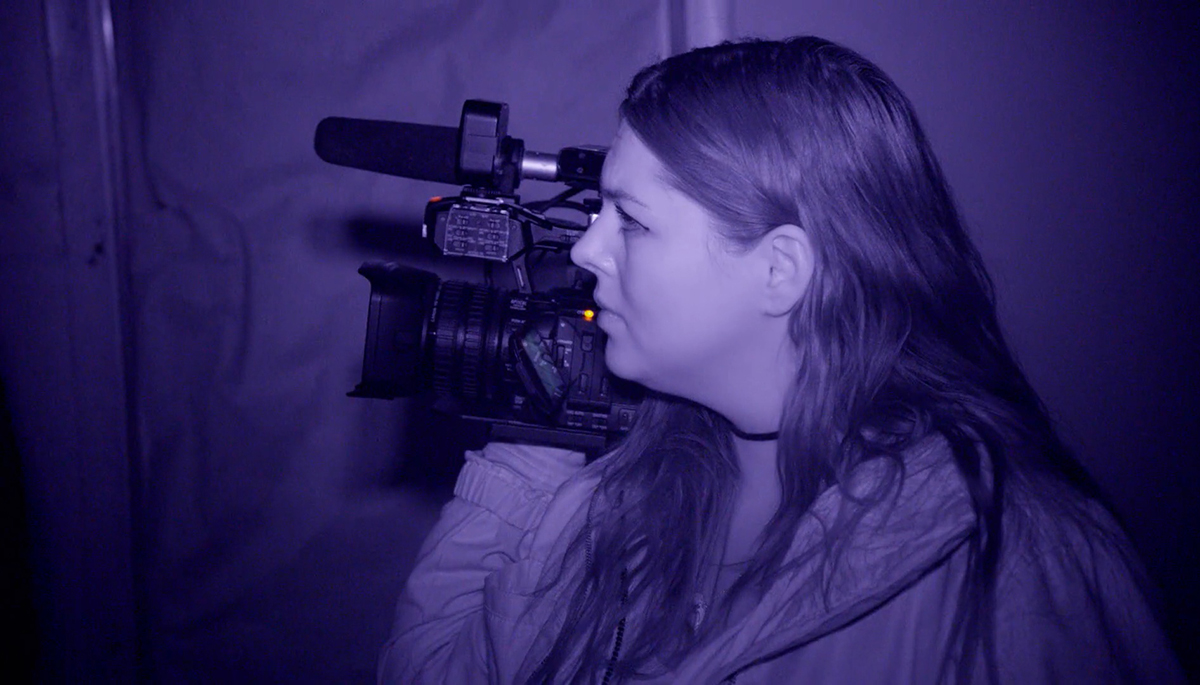 They began their investigation downstairs, where seemingly straight away they heard sounds coming from the kitchen. Moments later, Nick was shocked when he thought he saw a figure stood in the doorway. They decide to use a Wonder Box, a ghost hunting device that generates random phonics that Nick believes the spirits can manipulate to form words and sentences.
Katrina asks, "the bones in the basement, who did they belong to?" The voice seems to say "mine" in response. Kat then asked, "whose body is that?" And they hear a response saying "Anna," confusingly. The device then said what sounded like the homeowner, Eddie's name, three times, before correctly identifying "Nick Groff."
Next the investigators went upstairs, but this seemed to mark the end of their first day and Katrina set up her bed in the room they were in, while Nick headed back downstairs to sleep in the kitchen.
The next day they resume their investigation using a GeoPort which monitors vibrations, radio waves and electromagnetic frequencies. It's thought that intelligent spirits can manipulate or use the device's sensors to relay intelligent responses in the form of words or phrases. Katrina begins by asking the same questions about the bones and also who Anna is, but the only response that came back was a sound that Nick thought sounded like his name again - clearly this wasn't progressing the investigation, but it didn't matter as they were distracted by a sound coming from the kitchen.
Due to the lack of success with their devices so far, Nick decides to change his approach and connects a device called an EchoVox to the GeoPort. This adds in a microphone which creates a natural recording loop. This will include the investigators own voices, but the GeoPort will still give the spirits the opportunity to manipulate these sounds. They start to use the set-up in the basement, near to the location where they previously found the bones, but having barely even got going, they were distracted by a noise coming from upstairs and abandoned the experiment in favour of investigating that. 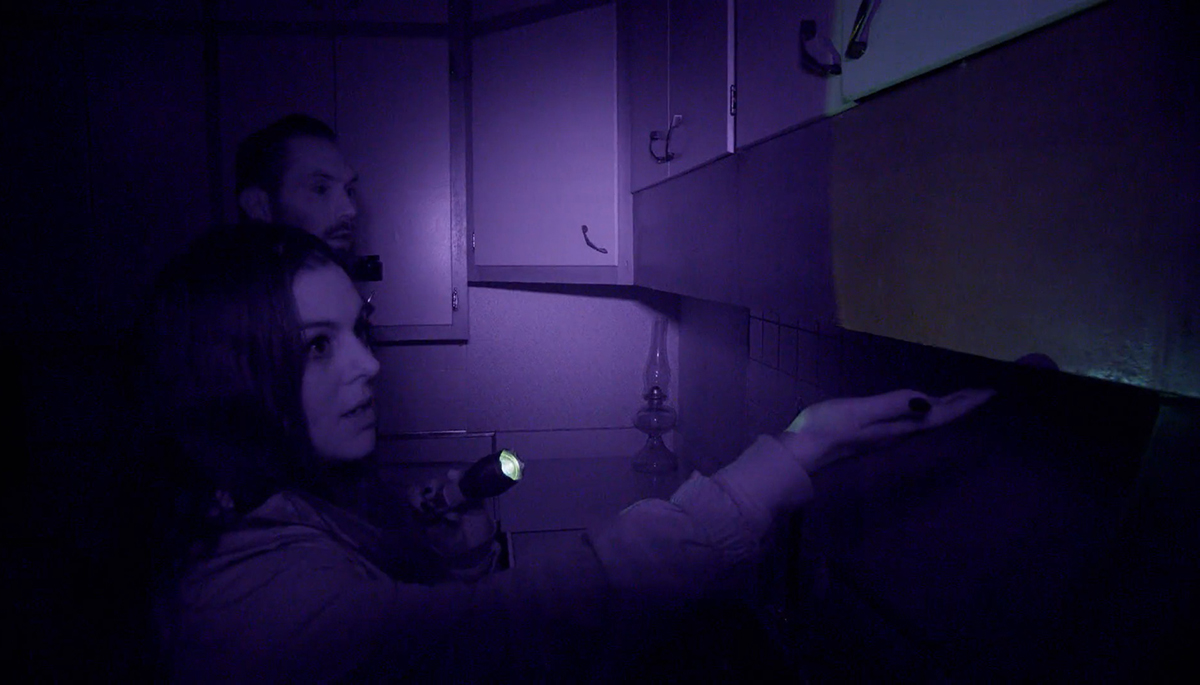 Now back on the ground floor they return to the kitchen where Katrina discovers that the wall cabinets are dripping with water. She says, "there are a lot of very famous paranormal cases where liquid will form on walls and they've all been labelled demonic." The water was dripping off the bottom of the cupboard doors, but when they open the doors they're surprised to find it's wet inside the cupboards too.
With all this incredible activity taking place in the kitchen, the duo return to their device in the cellar, which so far has failed to provide any answers. They don't seem to get anything more through the device and call it a night. Nick decides to sleep in the cellar in a sensory deprivation tent, floating in a shallow pool of water, while Katrina sleeps in the kitchen. 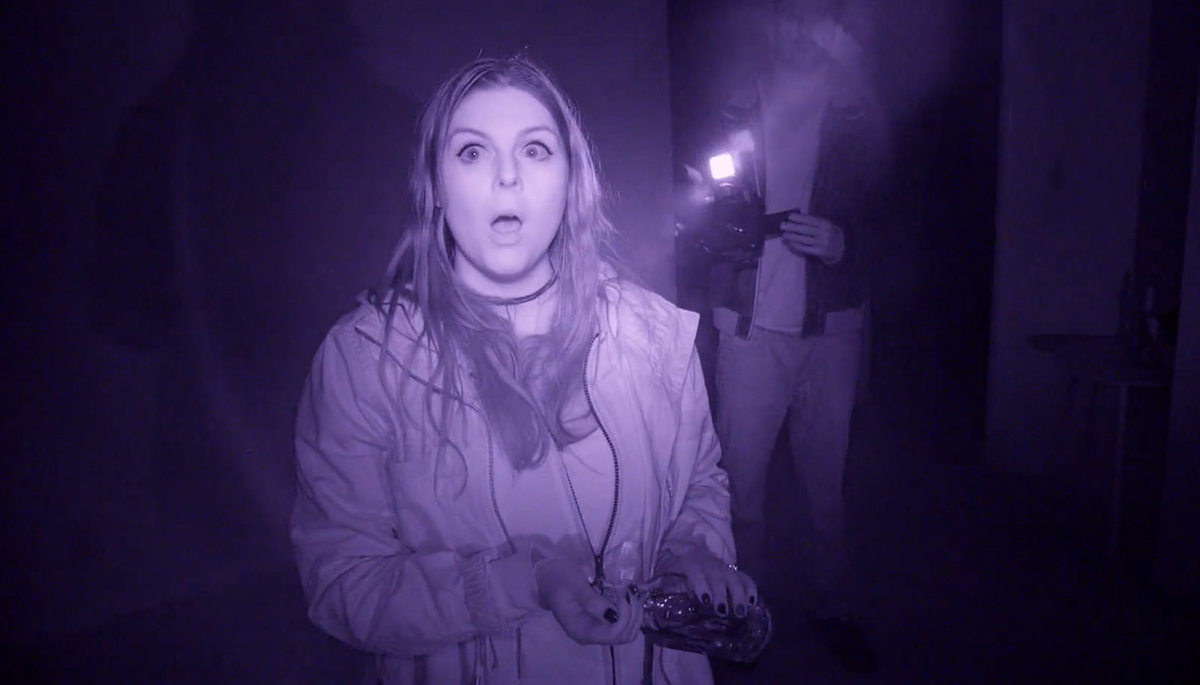 Since all the activity so far has been focussed on the kitchen, the pair start the next day by trying to make contact with any entities in the basement using the GeoPort, but once again no useful information was obtained.
Later for their final night in the house, the duo investigate the ground floor, at times using an SLS camera. This is a special type of camera that uses 3D mapping technology to detect human-like shapes in the darkness, it highlights them on its screen in the form of a stick figure.
At one point Katrina was antagonistically splashing holy water around the house when all of a sudden, "the house came alive," as Nick put it. Katrina said she heard the windows shake. She described it as feeling like "the house was picked up and dropped."
Moments later a small glitching and jittery figure appeared on the SLS camera. The figure wasn't human-like in nature, and seemed to be performing impossible movements, stretching and contorting uncontrollably. This was followed by a faint growling sound that Nick heard coming from the kitchen.
Then Katrina said, "I think we should go to the basement," despite the fact they'd obtained no evidence or witnessed activity there yet, but they hoped that this time the GeoPort would be able to help. Sadly, beyond repeating the property owner's name, the device once again failed to further the investigation and didn't offer any insight into the cause of the haunting. However, through the noise generated by the GeoPort, they were able to hear a scratching sound in the basement.
Nick and Katrina's first visit to Monroe House has some of the most compelling evidence the show has ever obtained through an electronic ghost hunting gadget, they also uncovered some chilling evidence that backed up the claims of the house's sinister past. Unfortunately upon their return they were unable to further their investigation alone.
However, at the end of the episode Nick and Katrina did make some progress after calling in Bob Perry, a ground penetrating radar technician who is able to create a 3D picture of what's buried beneath the house. Pointing out an area on the screen, he tells Nick and Katrina, "this anomaly you see here is pretty classic [...] this would be collapsed coffin." Based on its state he estimated that the coffin was between 70 and 100 years old.
Nick described the find as "absolutely mind blowing." Katrina added, "this is great because it confirms a lot of things that we've been experiencing on a paranormal level."
'Paranormal Lockdown US' continues next week on Really as part of the channel's #Freakend event, bringing viewers three nights of paranormal entertainment every Thursday, Friday and Saturday.
You can watch in the United Kingdom and Ireland as part of the Discovery family of channels. You can watch Really on Freeview (17), Sky (142), Virgin Media (129) and Freesat (160), plus YouView, BT TV and TalkTalk TV. Or watch previous episodes on demand on Discovery+.