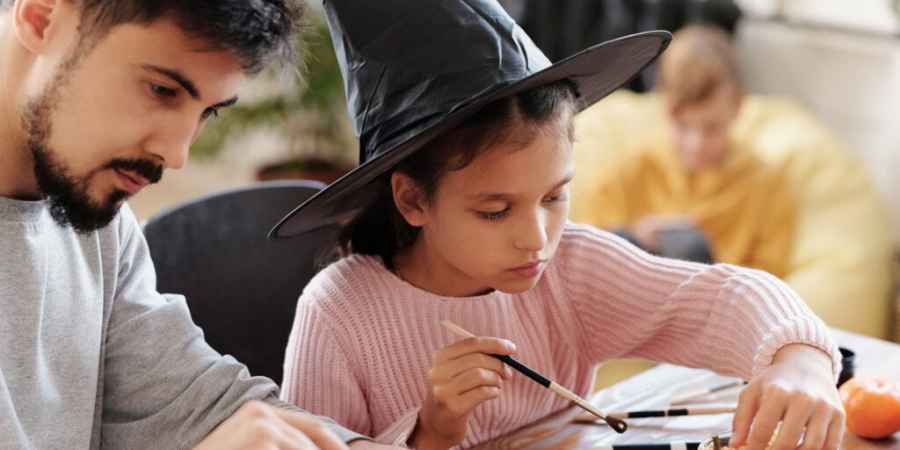 Nearly three-quarters of parents are planning to go "all out" for Halloween this year, new research suggests.
Looking at a new poll of 2,000 American parents, 37% said their child will spend more time trick-or-treating.
Before families are even hitting the streets on Halloween night, two in five parents said they plan to decorate their house more this year – perhaps to offset the disappointment from last year's All Hallows’ Eve.
They're also willing to drive an average of 4.3 miles to take their kid to a "prime candy" neighbourhood. In fact, the average parent eats between four and six pieces of their child’s candy before Halloween is over.
But one could argue they’ve earned the treat. In addition to driving out of their way, almost two-thirds of parents prefer to visit their friends' or family's neighbourhoods on Halloween night, with 54% assuming their kids will get the best candy from those houses.
The poll, conducted by OnePoll on behalf of HI-CHEW, also revealed half of parents even take inventory of which neighbourhoods give out the best candy so they can plan where to go trick-or-treating the following year.
Now what happens after their candy-haul? The survey also revealed that 81% of kids end up eating their entire candy haul within the first week, while 25% won’t even make it to November 2.
Forty-two percent admitted that their kid doesn't think they get enough candy at the end of the night. That concern is likely to escalate this year, as 47% of parents are worried about people leaving out candy bowls that will empty quickly.
"Year after year, candy is the unifying factor between kids and parents around the haunted holiday," says Tatsuya Takamiya, Chief Marketing Officer of Morinaga America, Inc. "Whether it's sharing with your sibling, or trading candy with your friends, trick-or-treating remains the hallmark of Halloween and creates happy memories for families."
When it comes to filling their buckets, some kids will stop at nothing— in fact, two in five respondents claimed their child has changed costumes to hit a good candy house more than once!
And while 16% believe that you’re never too old to go trick-or-treating, three quarters also confessed to giving out more candy to younger children.
Just over half of those polled (52%) said the thing they’re looking forward to most this Halloween is going trick-or-treating with their children, and another 56% believe this activity is their child’s favourite part of the season.
"Halloween is a fun and engaging holiday for all ages, young and old," Takamiya says. “It's a time for eating and sharing candy that brings people joy while cherishing the time they get to spend with their families, and doing so safely. That’s what truly matters after the last year we’ve all endured."

Top 5 Neighbourhoods That Give Out The Best Candy