Why go out this Halloween when you can get scared to death at home? 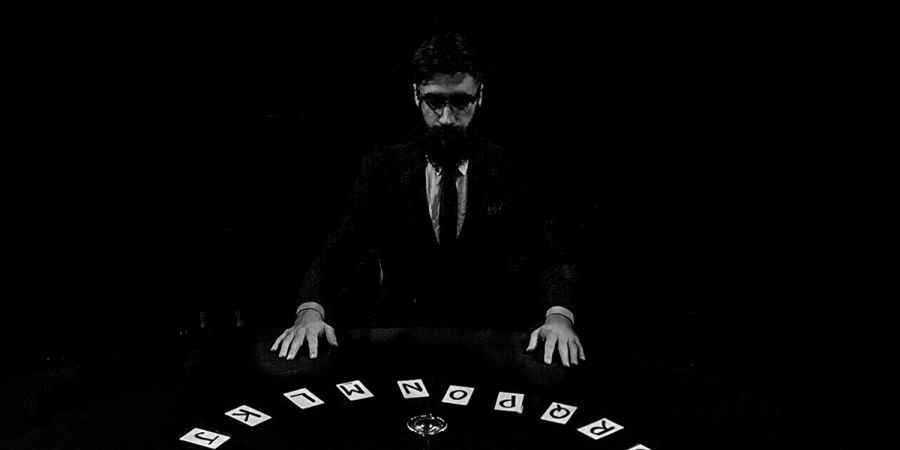 This Halloween psychic stage performer, Peter Antoniou, is hoping to find out once and for all if the dead can reach out and speak to us and he needs your help.
He's giving those who are brave enough the chance to be a part of a live and interactive séance on October 31 from the comfort of their own living room.
The virtual event will allow participants to watch and take part in paranormal experiments in an attempt to communicate with the spirit world. Peter will host the event live from the London suburb of Enfield, which became known as the home of one of the world's most famous poltergeist in the 1970s.
But it won't just be the poltergeist of the infamous house that Peter attempts to contact this Halloween. He told us, "the Green Street poltergeist has had enough attention, we've spoken to him enough."
The performer, who grew up in Enfield, returned to his home town when the country went into lockdown earlier this year. Since being back at home he's been privy to local rumour and gossip and now thinks that Enfield could be a major hub for paranormal activity.
The psychic admits he didn't know much about the Enfield Poltergeist until recently, "I ended up quarantined for seven months in my childhood home. I've spent all my time learning about the case, which led to me discovering something else: it might not have been the only one."
According to locals, the whole area is very haunted. Even the street Peter grew up in is said to have a resident spook.
'Séance: Ghosts Of Enfield' will be streamed live on the internet on the night of Halloween, which conveniently falls on a weekend. Peter said, "with Halloween being on a Saturday this year it means we can all stay up until the witching hour without worrying about work the next day!"
Viewers will become the participants in a series of paranormal experiments. Since no special equipment is needed, the experiments are suitable for beginners, as well as seasoned paranormal investigators. You'll get to learn how to communicate with the dead using a simple pendulum, and attempt to channel the spirits yourself via the medium of automatic writing. 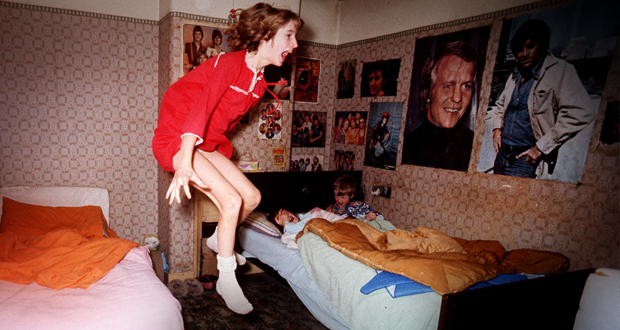 The Enfield haunting centred on the Hodgson family, who reported strange goings on in their North London home over a period of 14 months from August 1977.
The Enfield case went on to become one of the most well documented incidents of its kind ever with reports of more than 2,000 inexplicable paranormal occurrences, including pools of water spontaneously forming, toys being thrown around, furniture moving and flipping over, doors, drawers and cupboards opening on their own, and several sightings of apparitions. Not to mention possession, levitation, and voices from beyond the grave.
Tickets for the online event are on sale now. A limited number of ticket holders will be selected at random to appear on screen with Peter via a video chat. Others viewing at home will be able to have their say and share their experiences via a live chat box.
Peter has been inviting live audiences to take part in his immersive séance experiences at various sell-out performances across the UK and internationally since 2013, including at such prestigious venues as the Royal Albert Hall, the world-famous Hippodrome Casino, the Edinburgh Playhouse, and many more.
Now he's excited to be bringing the same interactive experience to people in their own homes.
Peter thinks a real-time video stream is a great platform for a live séance on Halloween, "it's a perfect opportunity for people to get as involved as they like, whether they want to fully take part or just watch, all from the safety of their sofa. I've spent the last few months tailoring this experience to the medium (if you'll excuse the pun), so I am looking forward to sharing this approach with people and see what we can discover together!"
Tickets are on sale now and will allow you to watch 'Séance: Ghosts Of Enfield' when it steams live on Saturday, October 31 at 9pm GMT, or catch up on demand for seven days after the event.
Peter hopes that his immersive online event will give audiences the opportunity to feel as though they are the star of their own horror film. Let's hope it doesn't end up like the plot of 'Host', the critically acclaimed supernatural-horror film shot during the coronavirus lockdown.
» Get your ticket now at isyourmindsafe.com
Tags:
paranormalhalloweenhalloween 2020