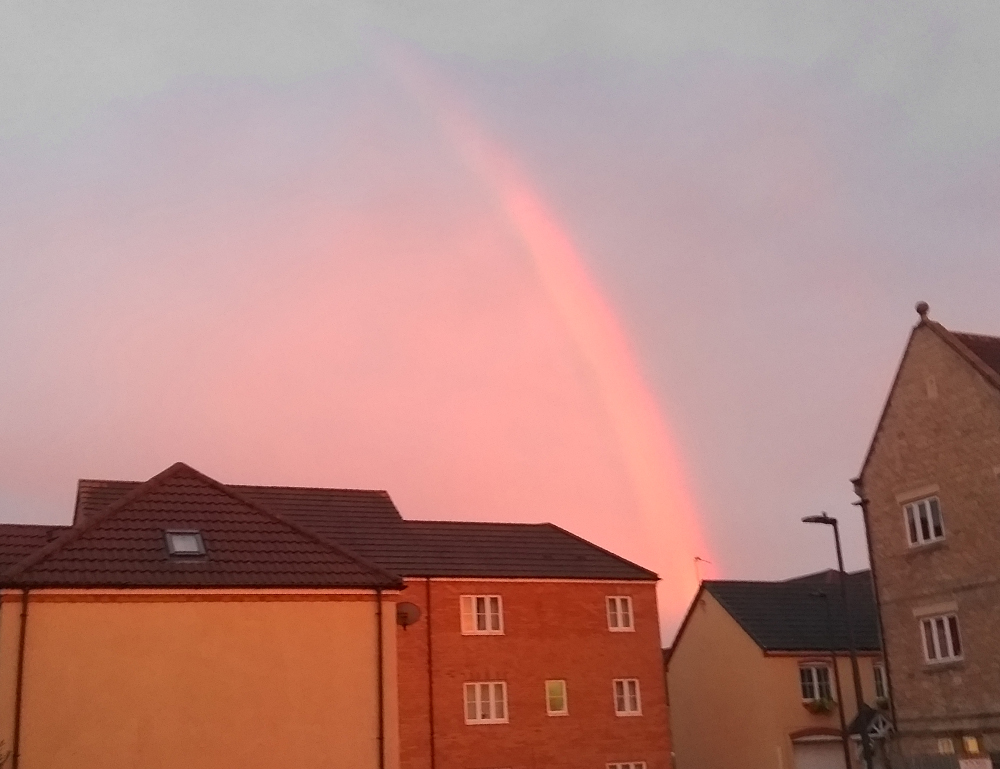 This week the people of Bristol, Weston-Super-Mare and Taunton were treated to a very rare phenomenon in the skies above their homes and I was lucky enough to have spotted the sight for myself.
I was driving home around sunset on Monday evening and I saw something in the sky, the likes of which I'd never seen before. There was a beautiful pinkish-orange sunset and across the sky was an arching pink rainbow.
I wasn't alone, this magical display of light was seen across many parts of the South West of England and Twitter and Instagram was flood with photos of the optical illusion. Like many others, it made me wonder why I had never seen this before and it turns out that pink rainbows are incredibly rare. The last time the phenomenon was spotted in the UK was in Newcastle and other parts of the North East in 2015.

It's not unusual to see a pinkish sky at sunset, in fact the sky can turn countless different shades of oranges and reds due to the way sunlight is refracted through the atmosphere. When the sun is high in the sky there is much less air for the light to travel through than at sunset, however there is still some scattering of light which is why the sky appears to be blue.
When the sunlight cuts through a much thicker slice of the atmosphere when its low in the sky, shorter wavelengths of light, violets, blues and greens, are scattered leaving just reds and oranges visible to the human eye.
This isn't the only way light is scatter in the atmosphere, water droplets also cause light to break up. Moisture in the air exposed to white light will create a set of coloured rings, usually before or after rain. This is of course why we see rainbows in the sky, the white light is spread out into the full spectrum of colours... red, orange, yellow, green, blue, indigo and violet.
However on Monday this week these two phenomenon combined. There was an absence of white light due to the sky being flooded with pink light, when it passed through the water droplets in the air, instead of breaking up into the full spectrum the rainbow was just formed of hues of reds, pinks and oranges.
BBC weather man Simon King confirmed that the phenomenon was rare but said that there was no specific name for a pink rainbow. He said, "we've got a regular rainbow, the other thing is a pinkish sunset caused by sunlight having to pass through a lot more atmosphere, and we only see the pinks and reds, giving the rainbow a pinkish colour."

there was a rainbow but the sky was pink/purple holy shit pic.twitter.com/FOV0Eke63c