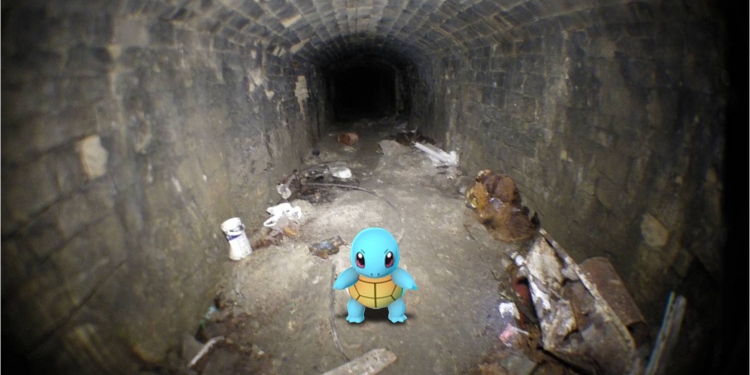 This week it's been widely reported that a group of teens got trapped 100ft underground while in search of Pokemons near Corsham in the UK.
The group were said to be playing the new augmented reality game, which has taken the world by storm and had entered the network of caves, which cover about 72 square miles, in search of the game's characters.
Pokemon Go encourages players to explore real-life locations for virtual creatures and it's reported that this is what the four explorers were doing when they got lost in Box Mine in Hawthorn, Wiltshire.
After realising they were lost, one of the four lads managed to call for help after he "miraculously" managed to get phone signal in an open-air part of the complex known as the Cathedral.

Are There Really Pokemon In Box Mine?

There are a few things that seem odd about this story.
Firstly, have you ever heard of a Pokemon being found at the top of a building or a basement? As far as I'm aware Pokemon Go doesn't take height into account. So, surely it would be much more prudent to seek Pokemon above ground, they would appear in the same spot above ground as underground.
There's a clue to the second oddity and the thing that really make this story really falls over in the report and that's when they say that the lost teens "miraculously" managed to get phone signal.
What's the one thing we know Pokemon Go eats up? Mobile data.
What's the one thing you don't get under 100ft of solid rock? Well, light... and also mobile signal or GPS. The game simply wouldn't work underground and the players would have realised this within seconds of stepping into the tunnels.

Well, as it happens there are a few inaccuracies in this story. The lads weren't teens, they were in their twenties and they weren't Pokemon Go players, they were urban explorers.
Box Mine is very popular with explorers due to its size, complexity and range of interesting pre and post-war features and it's not that unusual for people to get lost in there.
Many explorers navigate the tunnels every year but most have the sense to ensure they have a map of the tunnels and an experienced guide to help them around.
So, if these "teens" weren't playing Pokemon, where has this story come from? It's nothing more than a case of Chinese whisper. One of the firemen involved in the rescue was drinking in a local pub and talking about his unusual experience as part of the rescue team.
While telling the story the fireman jokingly said "they were probably looking for Pokemon down there, hahah."
It seems that comment was overheard, taken literally and the story was re-told until it ended up in the inbox of the local press who reported the tale as fact.
This just shows how easy it is for stories to get misquoted and re-told without their original context making the mundane seem a lot more extraordinary.
So, the next time someone tells you a ghost story, remember that if it sounds to good to be true, it probably is. Extraordinary claims require extraordinary evidence.

What Is Box Mine? 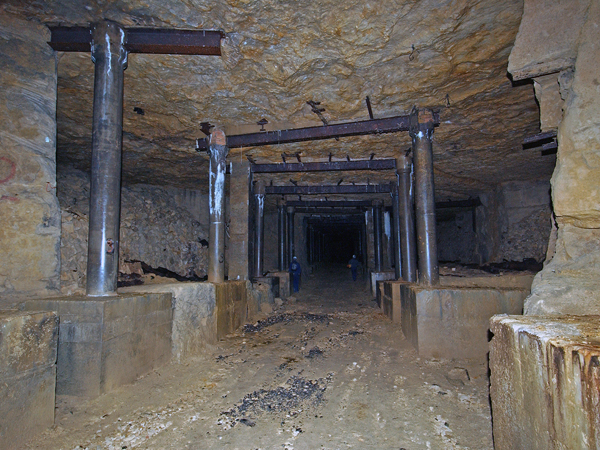 Photo: © Crown Copyright
Well, as it happens, as well as being a potions master, I'm also a bit of an expert in underground places.  Box Quarry is actually a huge underground stone mine under the village of Box in Wiltshire.
When quarrymen set to work mining stone from this area they worked in a very haphazard manor as they followed the seems of stone.  This means the tunnels beneath Box are complex and easy to get lost in.
You can find out more about Box Quarry by visiting my urban exploration website, Nettleden.com.

Of course I had to cash in on the phenomenon that is Pokemon Go, so check out my video on how to summon a Pokemon using a potion.
Tags:
undergroundurban explorationpokemoncorshamurbex