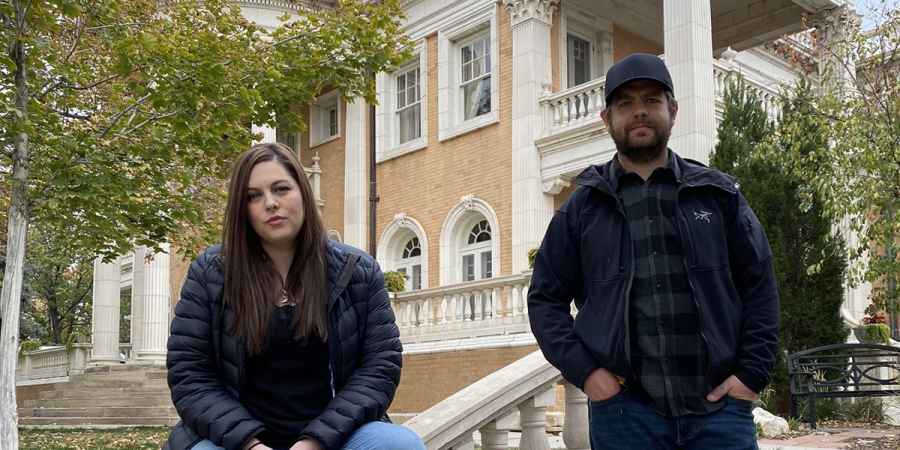 Jack Osbourne and Katrina Weidman visit a mansion in Denver rumoured to be plagued by a history of scandal, death and ghosts, but, the current director of the building, Rita Rollman, is skeptical that this might be causing paranormal activity.
The episode opens with the investigators studying the history of the Grant-Humphreys Mansion, which Katrina tells us was built by a former governor in 1902. The mansion became an events and wedding venue in the 1970s and there have been countless reports of shadow figures and paranormal happenings - many have blamed one of the former owners for the haunting.
The duo are the first to investigate the property for television and both are excited to get started. Upon arriving at the grand mansion, Katrina's first impression was "this place is gorgeous". Jack added, "this place is very grand from the outside, it looks like something you'd probably find in England."
Jack said "there's got to be something drawing in these entities because by all account there's only one recorded death here, and that's the second owner, Humphreys." Ignoring other possibilities like the land itself being haunted, Jack concludes that either someone has brought the spirits in, or there is a natural portal in the mansion allowing spirits to enter.
After a tour by Rita and the venue's sales manager, John Andrews, we then heard from several witnesses of the paranormal activity. Then it was time for the investigation. 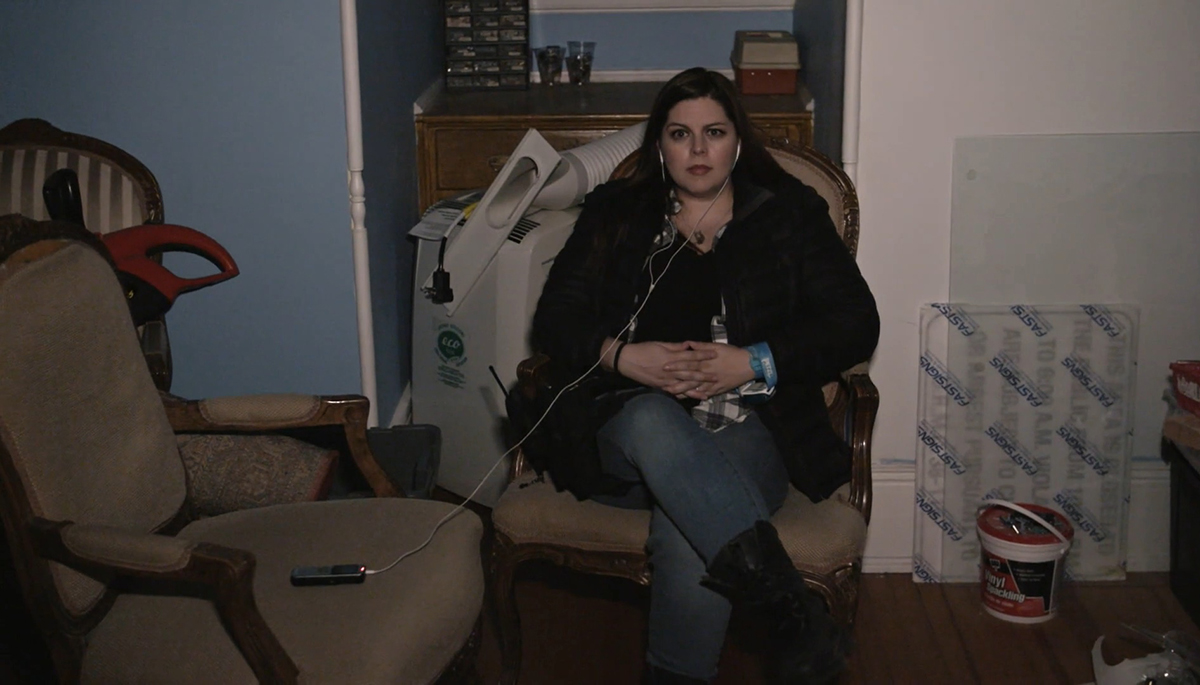 They start off with Katrina playing the piano as Rita has said she's experienced odd happening while tinkling the ivories. They were using a couple of ghost hunting gadgets in an attempt to establish whether any spirits are present.
They placed a REM-Pod on the piano, this is a device that senses changes in electrostatic and beeps if anything gets close to it. Sadly, on this occasion nothing did.
They also had a Geoport set up, which monitors vibrations, radio waves and electromagnetic frequencies. It's thought that intelligent spirits can manipulate or use the device's sensors to relay intelligent responses in the form of words or phrases. They got a few mumbled words and phrases through but nothing was clear.
A little while later they heard what they thought was footsteps coming from upstairs and went to investigate. They heard a couple of knocks and taps, but nothing conclusive. So they decided to split up.
Katrina was first to tackle the house alone, well, with a camera man. She started upstairs where she heard some very loud knocks which seemed responsive and appeared to be answering her questions. Despite it being active and responsive, Katrina moved to the bowling alley, but she found it was quiet here.
Later it was Jack's turn in the house with just a camera man. Amazingly, rather than returning to where Katrina had heard the responsive knocks, Jack went to the bowling alley, which had proven to be quiet and inactive for Katrina. He was using the Geoport in the creepy room and thought he heard a voice came through that said his name.
Jack seemed to have a quiet time alone too, but a little while later they were joined by medium, Cindy Kaza. Cindy was able to pick up on much of the information that Jack and Katrina were told during their original tour, but since we'd heard it all earlier in the episode, it made for a slow end to the show.
Portals To Hell continues next week on Really as part of the channel's #Freakend event, bringing viewers three nights of paranormal entertainment every Thursday, Friday and Saturday.
You can watch in the United Kingdom and Ireland as part of the Discovery family of channels. You can watch Really on Freeview (17), Sky (142), Virgin Media (129) and Freesat (160), plus YouView, BT TV and TalkTalk TV. Or watch previous episodes on demand on Discovery+.