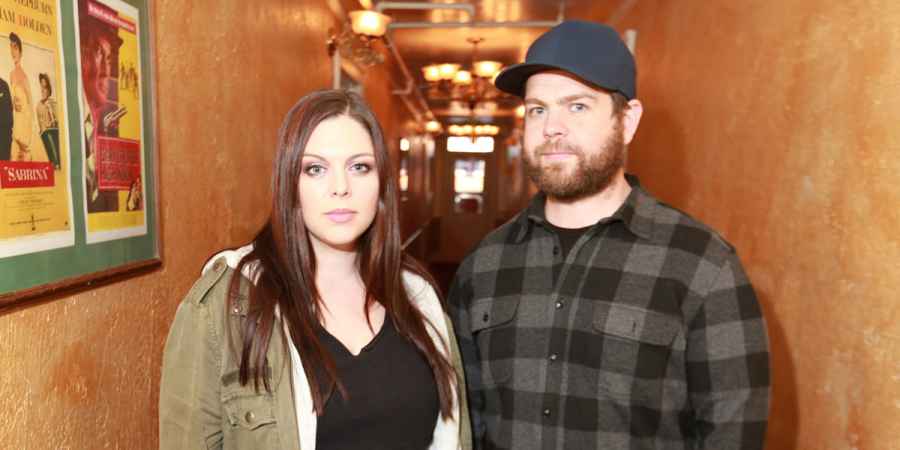 Jack Osbourne and Katrina Weidman are in Arizona where they check into one of America's most terrifying hotels, where patrons and staff report unsettling encounters.
As well as being terrifying, the Hotel Monte Vista in Flagstaff is also pretty well known. Jack tells us "a lot of very famous people stayed here" before reeling off a list of names which included Bing Crosby and John Wayne.
Jack and Katrina have come to the hotel after a video clip went viral that appeared to show a chair moving on its own in the hotel. Jack says that the family who shot the video were doing a spirit board and asks his co-star, "did they open a portal?" Katrina replies, "we're going to find out."
The hotel has a checkered past which includes tales of illegal gambling, prostitution and alcohol consumption during prohibition. Katrina tells us a little about the hotel's paranormal history, "there seems to be a recurring theme of movement of objects, people seeing apparitions and hearing voices."
After a tour of the hotel and a series of interviews with the staff, Jack and Katrina conduct a psychic sweep with medium, Tim Shaw. He was very accurate and successfully picked up on pretty much everything we'd already been told by the hotel's staff during the tour and the interviewees, but he failed to add any new information to the investigation. Tim actually guided himself to all of the hotspots we'd already been introduced to. 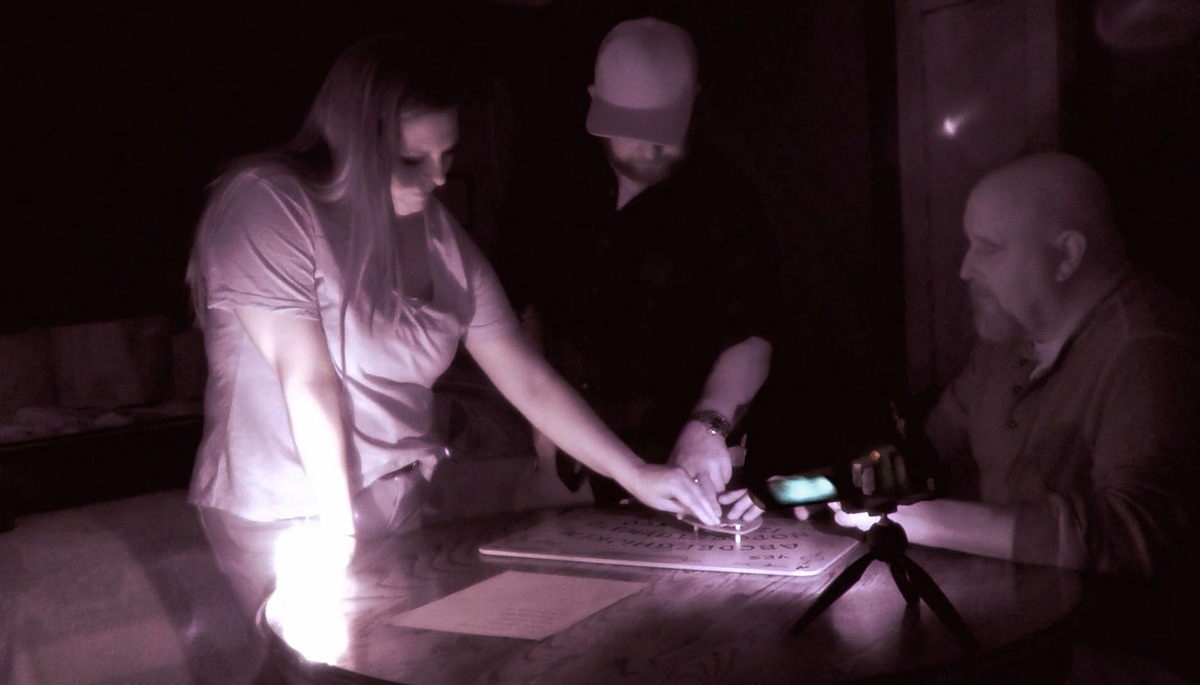 Jack and Katrina started their investigation with Tim, who helps them make up the numbers for a spirit board session in room 305. It is here that the family captured a rocking chair moving on camera after using a spirit board. The room was once the home of a longterm guest at the hotel, an elderly woman. It's said she was waiting for her son to come back from war and is rumoured to have died in the chair, which is still in the room to this day.
The three investigators placed their fingers on the planchette in the haunted hotel room and seemed to get some "yes" and "no" responses to their questions, but despite a reported change in atmosphere, they failed to encourage the spirit to repeat its trick of moving the chair.
After Tim left, Jack and Katrina continued their investigation in the cocktail lounge where drinks are said to fly off of the bar on their own.
The cocktail lounge was a speak easy in the early-1930s during prohibition. It was raided by the police and closed down, but locals said they still heard activity in the venue even when it was closed. Ghosts or an illegal drinking den?
The bar area is also said to be where an infamous bank robber was shot and killed while sat at the bar. Katrina seems to confirm this when she calls out to any spirits that might be present "were you shot?" A voice seems to say "yeah" through her ghost hunting gadget called a Geoport. This is a ghost hunting device that monitors vibrations, radio waves and electromagnetic frequencies. It's thought that intelligent spirits can manipulate or use the device's sensors to relay intelligent responses in the form of words or phrases.
Jack then heard what he thought sounded like a foot shuffling on carpet, and then moments later was startled by a loud noise. He said he was "spooked" but couldn't identify the source of the sound.
The pair then split up. Katrina went down to the basement where a six-foot-tall shadow man has been seen. The area also has access to an extensive tunnel system built by Chinese immigrants under much of the town.
There was no sign of the shadow man in the basement while Katrina was there, but Jack who had stayed in the cocktail lounge was convinced that he saw a shadow crossing the bar. He described the occurrence as being a "full body shadow," but unfortunately nothing was caught on camera.
As the investigation came to an end, Jack said "this investigation turned out to be far more scarier than expected." He added, "I don't think I've been as scared as I have been tonight in an investigation in quite a while."
Portals To Hell continues next week on Really as part of the channel's #Freakend event, bringing viewers three nights of paranormal entertainment every Thursday, Friday and Saturday.
You can watch in the United Kingdom and Ireland as part of the Discovery family of channels. You can watch Really on Freeview (17), Sky (142), Virgin Media (129) and Freesat (160), plus YouView, BT TV and TalkTalk TV. Or watch previous episodes on demand on Discovery+.