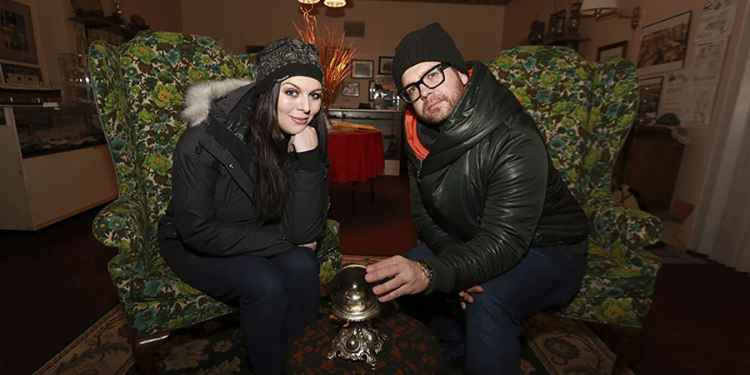 This week Jack Osbourne and Katrina Weidman are in New York investigating a former church and funeral home, which according to its owners, is being terrorised by evil spirits.
They arrive at the Iron Island Museum in Buffalo, a location that Jack says gets its name from the fact it is totally surrounded by train tracks. Jack and Katrina are excited to get started on their investigation due to the building's varied past. It was built in the 1880s as a church, which survived until around 1940. It then became a funeral home and is now open to the public as a museum.
The owners, Marge and her daughter Linda, say that soon after moving into the building in 2000, visitors and volunteers started experiencing strange goings-on. One guest on a tour had three scratches made across his forehead while in the basement.
Marge tells Jack and Katrina about one of the spooks she witnessed in the museum that she calls the "shadow man". Linda then tells the duo that a psychic once visited the property and told her that there are two portals in the building, which she thinks could explain the negative entities that she believes are there.
In the old chapel a little girl has been seen by Marge, Jack thinks she has a psychic gift. He said "Marge, I think is gifted. I think she has some kind of psychic ability, because she seems to have had a great deal of experiences witnessing full-body apparitions."
During the tour of the basement, where the funeral home used to embalm the bodies, Jack's Mel Meter started "going crazy". This ghost hunting gadget has a REM-Pod feature built in. A REM-Pod radiates its own electromagnetic field and if anything enters that field it can detect it.
The device lit up and beeped for at least 12 seconds, this indicates an issue with the device as a REM-Pod, including those built into a Mel Meter will automatically zero and reset after seven seconds. According to the instruction manual, if the tone persists for more than seven seconds you should manually reset the device by pressing the 'zero' button.
So, the triggering of this device isn't likely to be evidence of anything paranormal, assuming the sequence was edited in a way so as not to artificially prolong the device's reaction.
After speaking to the owners about their paranormal experience, Jack and Katrina spoke to several volunteers and visitors who have also had unusual experiences at the museum. Some of these first-hand stories backed up the claims of Marge and Linda and gave Jack and Katrina plenty to focus on.
However, they still deemed it necessary to get the opinion of psychic medium Cindy Kaza, which Jack said would "help navigate them," but since the information imparted by psychics is usually questionable at best, this seemed like actually it was just muddying the water and distracting them from the genuine testimonies they'd already collected from the owners which were backed up by other witnesses.
In fact, based on Cindy's claim that Linda was most likely to act as a trigger in the building, Jack ignored his own hunch that Marge was the most sensitive to activity based on his interview with her - something that Katrina agreed with. Instead they now plan to ask Linda back to assist them in the investigation.
Even if the psychic is 100% accurate, she's not going to be adding any more to the story, just confirming what others have reported anyway. Jack even said this, "Cindy very much confirmed a lot of what we'd been told, she believes there's a portal in the basement from people conducting some kind of ceremony or ritual." 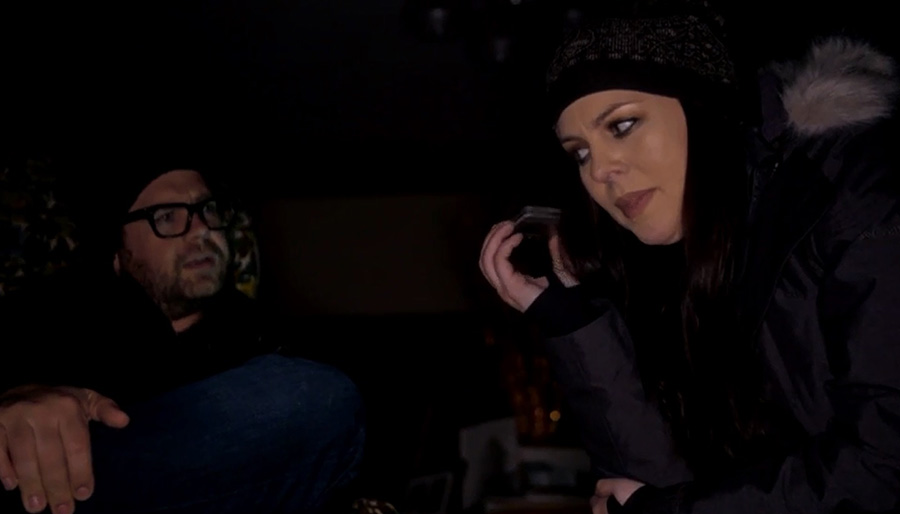 With snow lying on the ground outside and darkness falling around the Iron Island Museum, Jack and Katrina switched their cameras to night vision and started their night-long investigation in the kids' room.
The first bit of evidence they collect is a spirit voice that was captured on a handheld digital audio recorder, a method of spirit communication known as EVP (electronic voice phenomenon). When the pair played back the audio a scratchy sound could be heard, which Jack and Katrina thought sounded like a voice saying "yeah," confirming its presence.
They moved on to the basement, where they heard what they thought sounded like a ball bouncing, so went to investigate in the hallway where a REM-Pod had just triggered. Despite trying, the duo couldn't elicit an intelligent response from the spirits via the device.
They were then rejoined by Linda who they hoped would increase the paranormal activity in the building. Jack says, "we're going to use her as a living, breathing trigger object." She was left in a room alone wearing headphones to shield her senses from the room, but added little to the investigation.
A few moments later a light panel they'd placed on the floor suddenly flashed, this should only happen if something moves above it. There were no members of the crew near it at that time. Although reviewing this evidence later, there was a bit of confusion about the source of the light, it may not have been from the light panel after all, but the cause remains unexplained.
Katrina decided to use a Geoport, a device which randomly scans through a bank of phonetic sounds allowing entities to produce intelligent responses to their questions. Other than a sound that Katrina thought sounded like the word "spirits," nothing came through via the device.
They then conduct a paranormal flashlight session. Katrina explains, "you unscrew the tops [of the flashlights] so the contacts are barely touching, and the thought is that this allows spirits to turn the lights on or off in response to the questions you ask."
On request one of the flashlights that was led on the floor lit up in front of the investigators. Katrina then asked the spirit to turn that light off and turn another one on. One flashlight did eventually go out, but another didn't light up.
As the pair wrapped up, Jack described the night as an intense investigation based on the fact that he believed they had intelligent responses in every room they investigated.
Portals To Hell continues next week on Really as part of the channel's #Freakend event, bringing viewers two nights of paranormal entertainment every Thursday and Friday.
You can watch in the United Kingdom and Ireland as part of the Discovery family of channels. You can watch Really on Freeview (17), Sky (142), Virgin Media (129) and Freesat (160), plus YouView, BT TV and TalkTalk TV. Or watch previous episodes on demand on dplay.