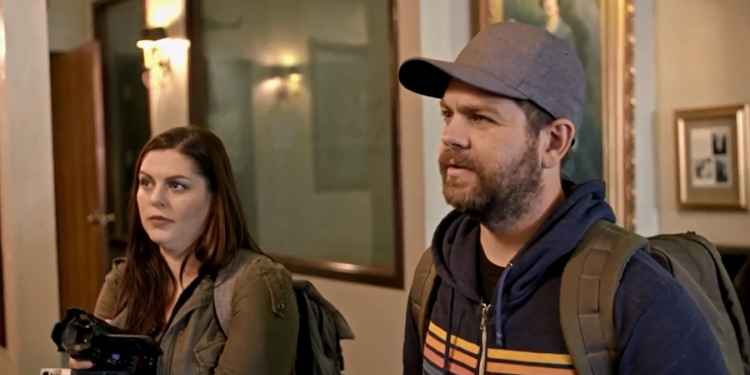 Play the quiz and find out how much did you learnt from the second season of Jack Osbourne and Katrina Weidman's US paranormal investigation series Portals To Hell?
In the nine new episodes the pair investigated more of the most haunted locations across America as they went in search of paranormal portals, but how much can you remember about the series?
Test your knowledge of the second season of the ghost hunting show with these 20 tricky questions...

1. What was the name of the hotel Jack and Katrina investigated that was founded around the time of the gold rush?

2. In which US state would you find the Thomas House Hotel?

3. Which ghost hunting gadget does Jack use throughout the season?

4. In which decade did the Ohio State Reformatory close?

5. Under which city are the Shanghai Tunnels located?

6. The Thomas House Hotel was a natural spring resort, but why did it close?

7. Where does the Iron Island Museum get its name from?

8. Which of these season two location was NOT situated next to a source of mineral water?

9. In which Colorado city is the haunted Croke-Patterson Mansion?

10. What is the reconstruction of Fort William Henry primarily built out of?

11. Which of the shows host previously visited Shanghai Tunnels as part of another television show?

12. A spirit seemingly tried to tempt Katrina into which line of work in the Shanghai Tunnels?

13. Which of these is NOT a psychic medium who featured in the second season of the show?

14. Which of these ghost hunting gadgets does Katrina use throughout the season to talk to spirits?

15. At which location was the owner, Linda, left in a room alone for an isolation experiment?

16. What is the name of the secret society with links to the Cary House Hotel?

17. In one episode Jack tells us that the Ohio State Reformatory was used as a location in which movie?

18. Which location in season two has been called "the king of haunted houses?"

19. Which location proved a little too much for Katrina causing her to leave the investigation?

20. At which location did Jack team up with Hannah, one of the crew, for a spirit board session?