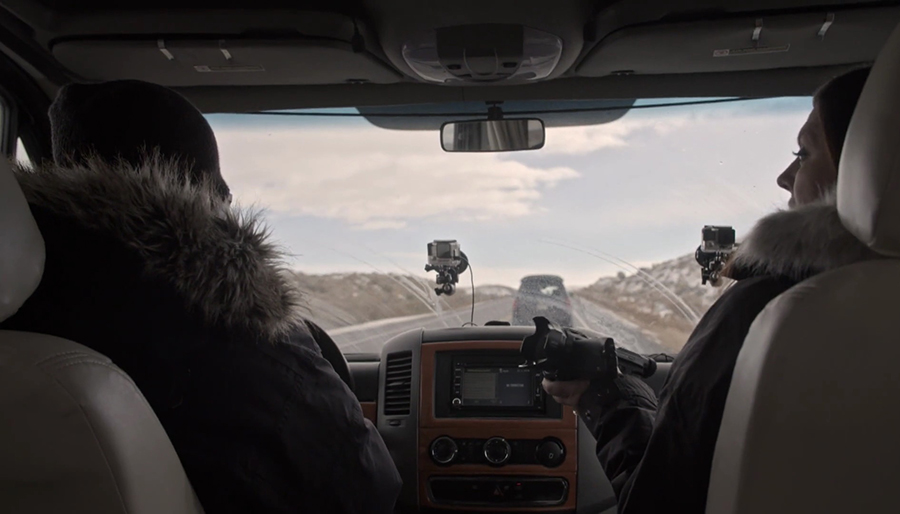 In this week's episode of Jack Osbourne and Katrina Weidman's new ghost hunting show, the duo check in for a full investigation of a haunted bed and breakfast neighbouring the mysterious Skinwalker Ranch in northeast Utah. The pair aim to document the paranormal activity in the area, including cryptid sightings, demonic activity and even UFOs.
The investigation aired as the eight and final episode in the US, here in the UK on the Really channel it is being shown as the seventh in the series.
At the start of the episode we catch up with Jack and Katrina as they travel to Strawberry River Inn. Jack is clearly excited about the investigation, saying in the episode "I wanna experience this stuff. I wanna see it firsthand. I wanna see a skinwalker".
Jack gives us a history lesson, "the Ute Indians and Navajos had years of warring factions. So the legend goes that this land was cursed and they began to allegedly torment each other by sending skinwalkers - they were like evil medicine men - to go and harass the tribe." Apparently these invaders were once human but had been transfigured through ritual, they would make people sick, and even take on the form of any animal.
Katrina says, "if we're going to investigate portals then this is the spot." She adds that, "usually when we talk to people that have experienced what they would consider a ghost, it's always connected to the afterlife, but it asks the question, what if it's not?"
Ryan Burns, the owner of the inn and a friend of Jack's, says that strange goings on were common outside, but once he started renovating the property he started experiencing the phenomenon inside too and eventually it drove him out of his property.
With so many reports of phenomenon including non-human entities, aliens, cryptids, and native American spirits, Jack called in former FBI agent and seasoned paranormal investigator, Ben Hansen, who's most recently appeared in 'Ghosts Of Morgan City'. 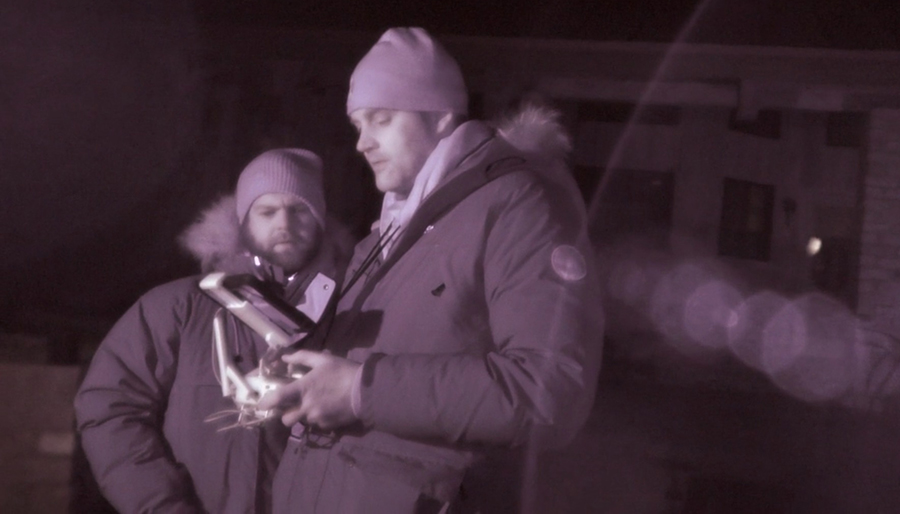 Once darkness had fallen and the property has been rigged with static night vision cameras, Jack and Ben kick off the investigation in a unique way with a drone recon flight over the bed and breakfast. The purpose of the flight, as Jack explains, is to "get a good idea of what's normal out here, see what livestocks around, and just kind of give us intel." The drone is fitted with a thermal camera which shows them anything living around the property.
As they flew the drone over some horses in the back field, they became agitated, so Jack and Ben went to see what had spooked them. The horses seemed fine, but they started hearing strange noises like yelps and whispers.
Meanwhile Katrina is inside and started her investigation in the kitchen using a Geoport, a device that randomly scans through a bank of phonetic sounds allowing entities to produce intelligent responses to their questions. None of the responses were particularly clear, but at one point Katrina asked "what tribe are you from?" and through the response a voice said "Ute Indian". A little while later they heard a breathing sound coming from a point between the kitchen and the team's tech room.
Katrina calls in Mindy Hendricks, a member of the family who Ryan brought in to help renovate the property and an eye witness of the paranormal occurrences at the property. Mindy is apparently a blood relative of the native Indian tribe that once owned the land. Katrina tells her, "I'm wondering if the fact that you and your family have an emotional tie to the Utes, that's why the activity started here."
Katrina returned to her Geoport and Mindy started to call out, after asking a few questions they thought they heard a voice saying "get out" and then moments later the tone of the garbled voices changed and Mindy said, "it sounds like my grandpa". 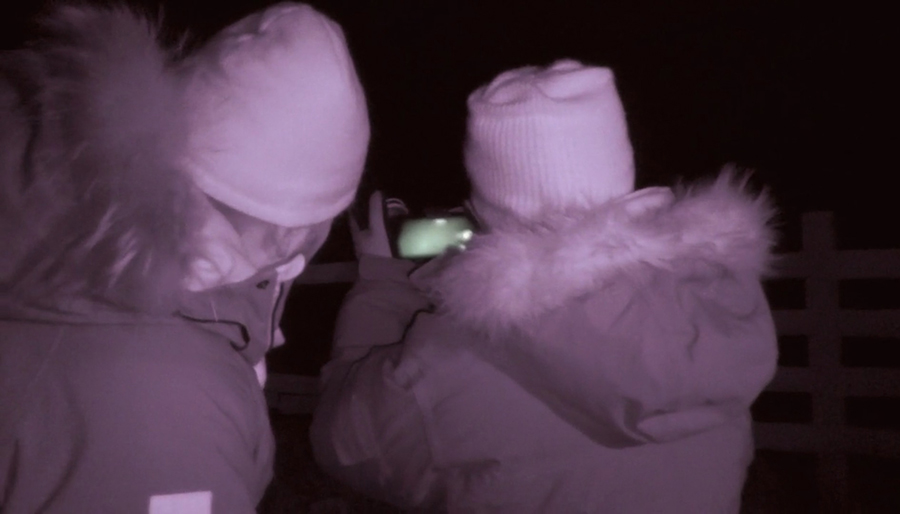 The investigation then took a turn and Katrina gives us a bit of geography, "we're like 20 minutes from skinwalker ranch, we're in the Unita Basin. This place is known for paranormal activity."
Jack and Ben are staking out the wider area and the skies above it. Jack says, "we've been told numerous reports of people seeing UFOs, and skinwalkers, and aliens. So we've mounted a night vision monocle on to an iPhone so that we can record what we're seeing and it's kind of cool."
The scope brought the night sky to life, showing up lights and flashes in the sky that would have otherwise been invisible to the human eye. Including an odd astral light that seemed to flash every 10 seconds. Jack was impressed and said, "I don't know what that is. This area quite possibly could be an actual like star gate... I don't know."
Ben tried flashing a laser pointer at the unidentified light in the hopes that it might respond, but nothing happened, instead it disappeared.
Coming in for a break from the cold, Jack notices the ceiling fan in the kitchen mysteriously spinning. Despite looking for a rational cause, the team couldn't explain it, ruling out things like air flow from the heating or it being accidentally turned on.
The final part of the investigation took place in the bedroom that Jack was staying in. They were armed with an SLS camera, which Katrina says detects and maps anything with a mass, however this is not how the device works. They actually work using an invisible laser grid, that maps anomalies the human eye can't see by measuring changes in the laser grid. An object's mass cannot be measured or detected in this way.
The camera did however show a twitching, dancing figure in the bedroom as a green stickman on the screen. At times it appeared to completely fold in on itself, but at other times seemed to be reaching out for the team and other objects in the room.
The final episode in the season had a different feel to it than others in the season. It felt bigger, perhaps because they were joined by Ben and Mindy, and because they were tackling a case of legendary status that encompassed more than just reports of ghost sightings. All this made the season finale and enjoyable and interesting watch, that was a little different to other ghost hunting shows around - although of course here in the UK, there's still one more episode to be aired.
Portals To Hell continues next week on Really as part of the channel's #Freakend event, bringing viewers two nights of paranormal entertainment every Thursday and Friday.
You can watch in the United Kingdom and Ireland as part of the Discovery family of channels. You can watch Really on Freeview (17), Sky (142), Virgin Media (129) and Freesat (160), plus YouView, BT TV and TalkTalk TV. Or watch previous episodes on demand on dplay.
Tags:
paranormaltelevisiontopicalportals to hellkatrina weidman