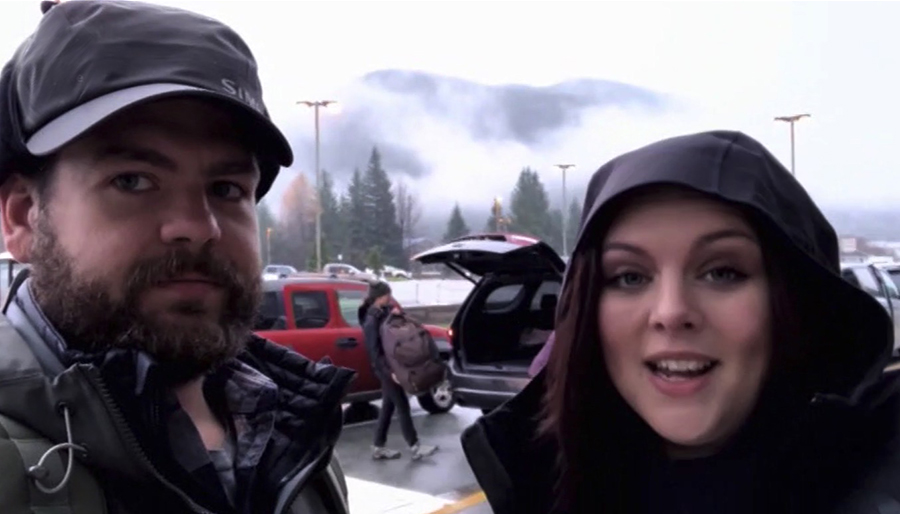 Portals To Hell aired in the US back in April, but now British fans of paranormal television can follow the adventures of paranormal investigators, Jack Osbourne and Katrina Weidman.
In the first episode of this eight-part series that started on the Really channel tonight, Jack and Katrina travel to Alaska to investigate a potential gateway which is letting entities leak into our reality from the spirit realm, or perhaps even the much more sinister infernal realm.
Fans of ghost hunting shows will know Katrina from her recent appearance in 'Paranormal Lockdown', in which she spends 72 hours locked inside a haunted property with her co-host Nick Groff. Before this she was part of the Paranormal Research Society whose cases were featured in the television show 'Paranormal State'.
Katrina's passion for the paranormal is clear to see, she well respected in her field having been the case manager for the Paranormal Research Society between 2006 and 2011. Her interest in the paranormal stems back to her time living in a haunted house when she was a child.
However Jack might seem like a less obvious choice as a lead investigator on a paranormal show, but Jack's passion and understand of the paranormal really shines through in this episode too. And although you might not realise it, Jack does have some history within the paranormal field. In fact it was Jack himself and his own production company the produced and created this show.
Jack previously appeared in the 2012 series, 'Haunted Highway' and is a strong, yet rational believer in the paranormal. In a recent interview Jack said that the show isn't about declaring that 'ghosts are real'. He said "we're not there to prove or disprove, we're just documenting what we're encountering."
Jack and Katrina conduct their first ever investigation at the luxurious Alaskan Hotel in Juneau. They arrive in the town on a cold and rainy day. Katrina described it as being like something out of a Stephen King novel. Walking into the hotel, Jack and Katrina looked like a pair of backpackers as they checked into their rooms at the hotel's reception. 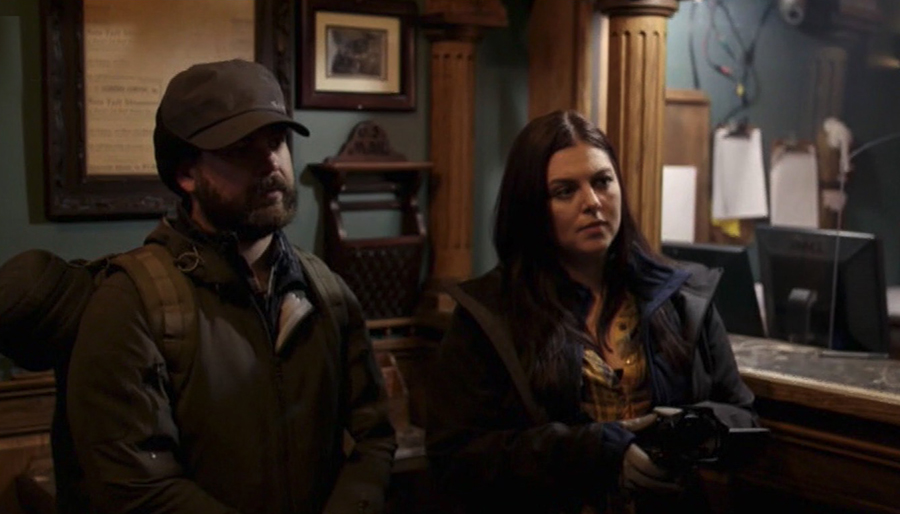 The hotel was built in 1913 and has earned itself a reputation as a paranormal hotspot due to the ghostly activity which is said to be a result of the building's historic ties to criminal activity including prostitution, money laundering and drugs.
As soon as they walked into the hotel, Jack's Mel meter started beeping and flashing wildly. This ghost hunting gadget responds to changes in the electromagnetic field, something that some ghost hunters think is linked to ghostly manifestation.
Staff at the hotel think that the building's notorious past could have resulted in a ghostly portal being opened in the basement. In the paranormal world a portal is believed to be a gateway to another plane of existence. It links the physical world we live in to the plane of existence that ghosts and demons inhabit - the spirit world.
Sometimes referred to as an energy vortex, or simply vortex, they allow spirits and other supernatural entities to pass through into our world and are therefore often blamed for an increase in paranormal activity. In fact cases of this nature are specifically referred to as "portal hauntings". 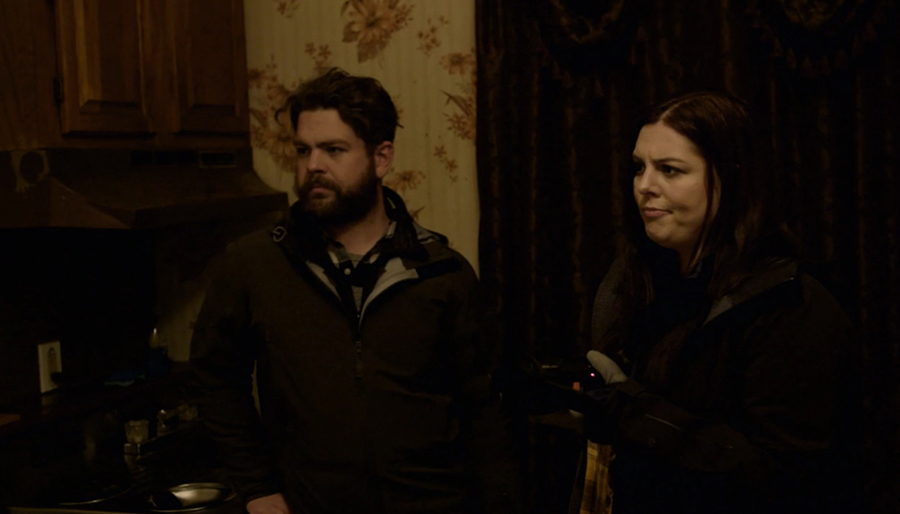 The show is divided in to pretty clear segments. A title flashed up on screen which told us we're about to join the duo on "The Tour" of the hotel. They're shown around by the owner, Bettye Adams. The tour begins in room 315 where Jack will be spending the night. We later learn that dark magical rituals were once carried out in this room.
Here a man is said to have taken his own life by jumping out of the window and the room is also said to be plagued by poltergeist activity. Meanwhile Katrina will be sharing room 219 with a ghost named Alice, whose boyfriend is said to have shot her in the 1930s. Bettye doesn't quite put Katrina at ease, telling her that she likes room 219 the least of all the rooms.
Next they are taken down to the basement by the hotel manager, Joshua Adams. He tells us about a dark entity that haunts this part of the hotel and is especially aggressive towards females who venture into this part of the building. Joshua unexpectedly bursts into Latin, reciting the Lord's prayer in the hopes it will drive away the basement's demonic inhabitants.
The final stop on the tour was the third floor, where Joshua tells them that the reason he thinks that the building is so haunted is because it sits on a ley line. Joshua says, "this building has a lot of energy flowing through it". 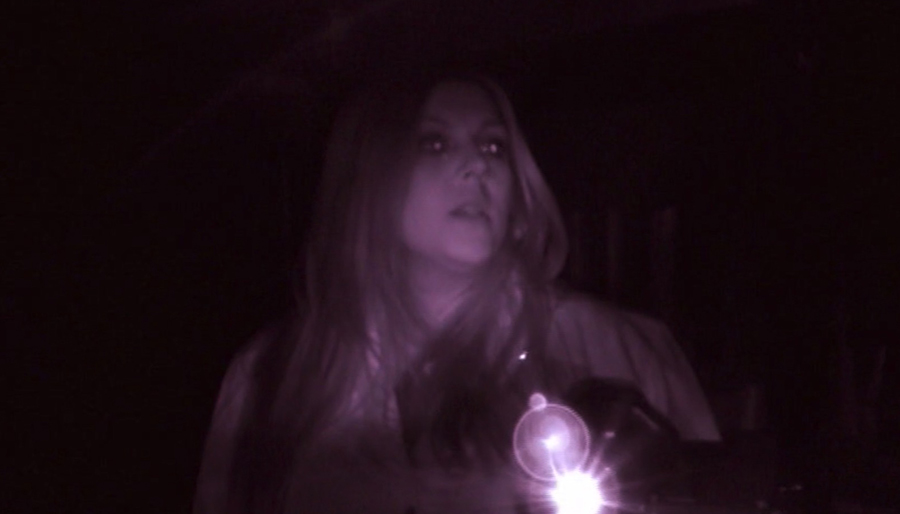 The investigation involved the use of various full-spectrum cameras in the guest bedroom and an infrared camera in the basement. The cameras fed back to a tech room so the investigation could be monitored remotely, and of course like all paranormal shows the investigation was conducted using night vision cameras.
Katrina started out in her bedroom using a device called a Geoport, which randomly scans through a bank of phonetic sounds allowing entities to produce intelligent responses to her questions. The first interesting response that came through was the name "Alice". Katrina asked the spirit what happened to her in the room and several times the eerie voice coming from the gadget seemed to say "rape".
The investigation was seemingly mostly carried out by Katrina, while Jack watched on - which is fine, but I've seen Katrina investigate many times before, it would have been nice to have seen a bit more of Jack in action. 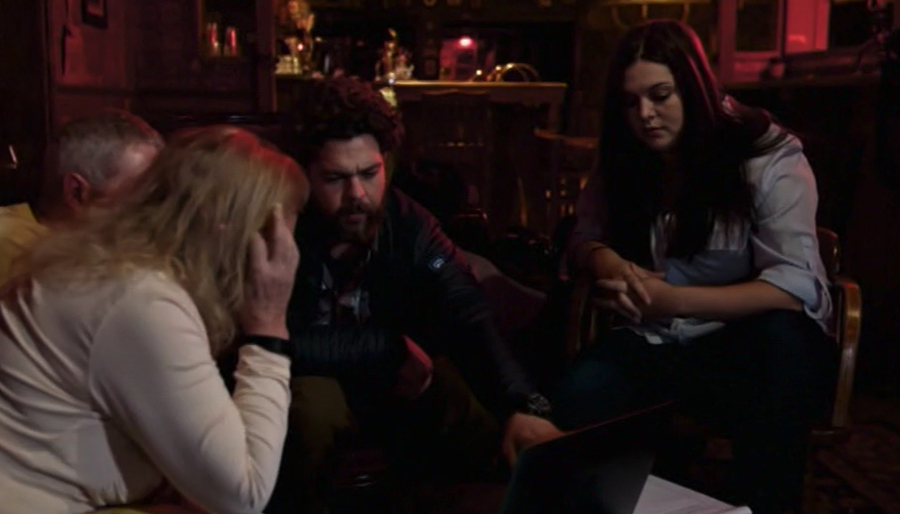 On the final day of the investigation, Jack and Katrina talked the owners through the evidence they captured. The investigation was actually fairly uneventful, which made it credible - but due to the pace of show, it wasn't dull.
The duo didn't get much activity other than the Geoport hits and a strange dark shadow that was caught moving on a motion activated camera in the basement.
During this final chat with the owners, Joshua revealed that his ex-girlfriend once practiced black magic in the hotel and he was inadvertently a part of it.
It was a strong start to the series, although it did have that usual US ghost hunting feel about it, in that it can never just be a ghost any more, it's always a demon or a dark entity. The only ways the alleged spirit showed itself was as a shadow and a disembodied voice that said a couple of disjointed words, so it's hard to say for sure that those actions are threatening or evil.
Still to come in the series, Jack and Katrina become the first to investigate inside the infamous LaLaurie Mansion. Using voodoo rituals and spirit boards, they hunt for the truth about the terrifying rumours that surround this real life house of horrors.
Portals To Hell continues next week on Really as part of the channel's #Freakend event, bringing viewers two nights of paranormal entertainment every Thursday and Friday. You can watch in the United Kingdom and Ireland as part of the Discovery family of channels. You can watch Really on Freeview (17), Sky (142), Virgin Media (129) and Freesat (160), plus YouView, BT TV and TalkTalk TV. Or watch previous episodes on demand on dplay.
Tags:
paranormaltelevisiontopicalportals to hellkatrina weidman