Portals To Hell: The Croke-Patterson Mansion 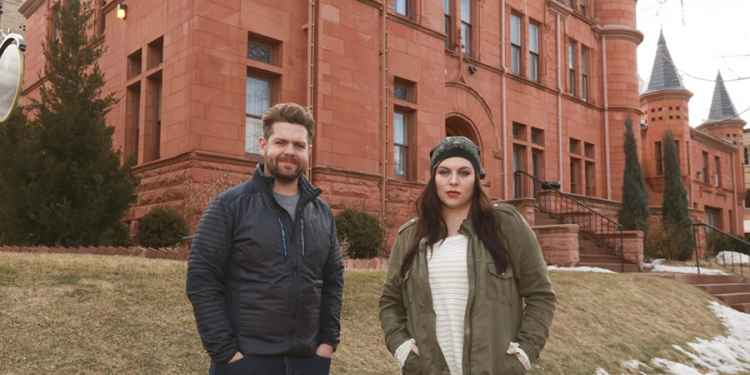 This week Jack Osbourne and Katrina Weidman visit a mansion in Denver dubbed "the king of haunted houses". It is said to have a long history of bad luck and a string of untimely deaths associated with it. The pair plan to get to the bottom or the weird goings on there and establish if there is a supernatural portal in the property.
The Croke-Patterson Mansion has been plagued by a series of "dark occurrences" and has never previously been investigated on a television show.
Katrina tells us, "it kind of seems like every family that's lived there has had some crazy misfortune to the point where everybody is dying, they're losing all their money, and a lot of people are attributing this to weird energy in the house or even a haunting."
The Croke family built the grand mansion in 1890, but within six months of its completion the market crashed and the home was eventually sold to the Patterson family, resulting in the name we know today. Within a few years several family members suffer untimely deaths, including Mr and Mrs Patterson. This misfortune continued for subsequent residents.
Katrina wonders if the trend of performing séances in this time in history could have resulted in someone inadvertently opening up a portal. Jack says, "this place does seem to have some kind of curse associated with it." 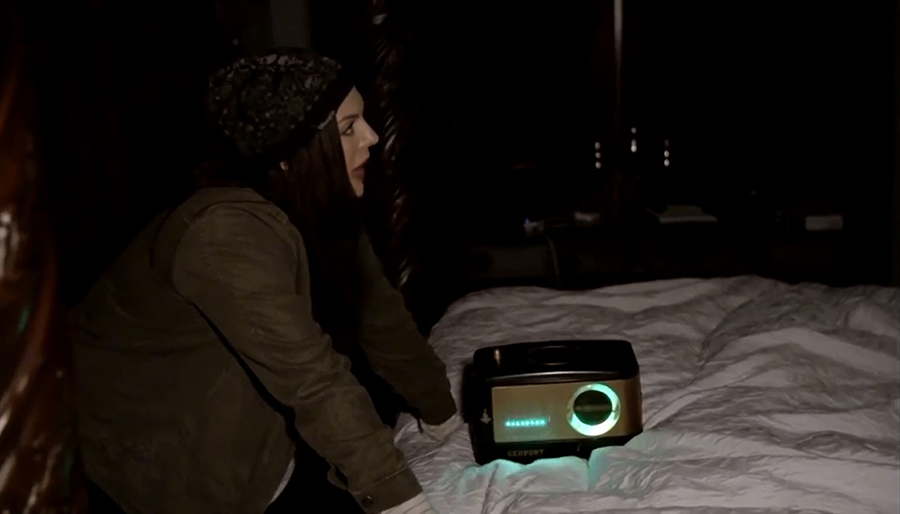 Katrina started her investigation alone in one of the most paranormally active rooms of the house, the Prague Room, where guests have reported feeling like they're being watched. She was using a ghost hunting gadget called a Geoport, a device which randomly scans through a bank of phonetic sounds allowing entities to produce intelligent responses to their questions, but on this occasion it yielded no meaningful results.
Meanwhile, Jack started out in the da Vinci Room where guests have been disturbed in the night. According to the property's owner, Chris Chiari, the room is exactly the same as when the Pattersons lived there - presumably without the tacky poor quality replica of the Mona Lisa on the wall.
Jack then moved on to the original entryway, the heart of the house with its grand wooden staircase and an original mirror that's been there throughout the whole history of the building. It's here that guests have reported being followed upstairs.
The investigation started slowly for Jack too, he had a few hits with his REM-Pod, a device that radiates its own electromagnetic field. If anything enters that field the device can detect it, but nothing happened that seemed to convince him that he was in the presence of a spirit.
Jack then heard what he thought sounded like footsteps coming from the basement and headed down to investigate with Katrina. The basement is now a bar, where the owner and his bartender once reported seeing a strange light anomaly.
There was nothing so impressive for Jack and Katrina to investigate, but they did hear several disembodied voices through the Geoport which were fairly indistinct, but they thought it said the name Tulleen Sudan, who was a former nurse who lived in the house. When Katrina asked where in the house they could go to speak to her better, a voice seemed to say "the bathroom".
The pair went to the Royale Bathroom where they once again used the Geoport, and the muffled voice they presumed to be Tulleen's continued to echo out of the device, but other than unclear noises that sounded vaguely like words, her spirit failed to communicate with any more clarity than it had in the basement.
Portals To Hell continues next week on Really as part of the channel's #Freakend event, bringing viewers three nights of paranormal entertainment every Thursday, Friday and Saturday.
You can watch in the United Kingdom and Ireland as part of the Discovery family of channels. You can watch Really on Freeview (17), Sky (142), Virgin Media (129) and Freesat (160), plus YouView, BT TV and TalkTalk TV. Or watch previous episodes on demand on dplay.