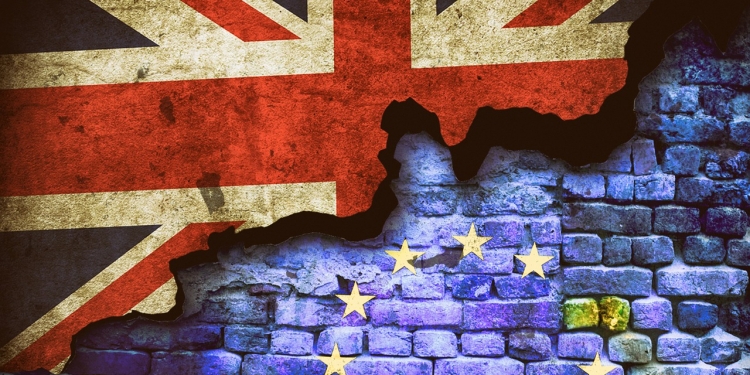 Photo: pixabay.com
We all predicted it would all be over months ago, but now more than six months after the UK was due to leave the EU, no progress has been made and no one is any the wiser. So, what are the psychics saying now?
We last heard from online psychic Craig Hamilton-Parker at the start of the summer with his psychic predictions regarding the future of Britain and its withdrawal from Europe. He stated that he has always had a psychic hunch that the UK will leave Europe with a no-deal Brexit.
Since his last video there hasn't been the opportunity for this prediction to come true. So, before we get into his latest video, in which he says he still stands by what he's previously said, let's remind ourselves what the psychic has already predicted about our futures.

More than a year ago Craig correctly predicted that Theresa May would resign as British Prime Minister after March. He originally said this would happen after she delivered Brexit, something she obviously failed to do, but around the same time he also predicted that Boris Johnson would be elected as PM, something he reiterated in his last video, which has since come true.
He also predicted there would be another general election late in 2019. He suggests a date of September, or perhaps even calls at the end of 2019 for an election to be held the following year. If you've been following the news the last couple of weeks you'll know that there isn't going to be an election in September or even October, but there have been calls for an election and Craig was right about the time frame.
In his last video the psychic said, "I do feel that Brexit is not going to be quite the problem that everyone thinks it is." He added, "there won't be any medical shortages. There won't be chaos. There will be some difficulties but we'll be over them quite quickly." Let's hope he's right, especially as this is what he's been saying all along.
"I'm running still with my original predictions that there will be no problems," he said despite the fact that the governments 'Yellowhammer' contingency plan has been leak to the press which contains a series of "reasonable worst case assumptions" for the impact of a no-deal Brexit. This includes a rise in food prices, reduced medical supplies and the potential of riots on the streets.

In a new video posted in early September 2019, Craig updated his predictions including his latest Brexit thoughts and his views on a general election.
In the new clip he said, "my feeling is that there will be an election and I feel the Torys will win this election. They will take a lot of the Labor strongholds." Craig predicts Labor will have problems, but says "Liberals will do very well, because they will get the 'remain' vote."
Craig says he doesn't think the Liberal Democrats will come close to getting into power, but says "I think they will be neck and neck with Labor in many many seats around the country."
For a while Craig has been predicting a formation of a new political party, this happened in the form of the Brexit Party and Change UK, but Craig says this isn't what he meant and still feels a new party is on the cards. He added, "I feel people like Ken Clarke, Tony Blair and John Major. These type of figureheads are going to come together, kind of in the background, to help a new party form."
Since 2014 Craig has been predicting a hard Brexit and in his latest video he clarifies that this is still what he predicts will happen, but says that "right at the very end, right when they whole thing has got to the point of absolute desperation, they'll do some deals."
This sounds a little like he's backtracking on his no-deal prediction, but he has made it clear that he means last minute token deals, not a full withdrawal bill as many had hoped for.
Craig says that after all this happens there will be a crash in the Euro currency and a cashflow problem in the Italian banking system will emerge, but he says the pound will bounce back, "I've said this before, there's going to be a strong pound after Brexit."
Add A Comment
Tags:
psychicsbrexittopicalcraig hamilton parker