How To Build A Psychotronic Generator 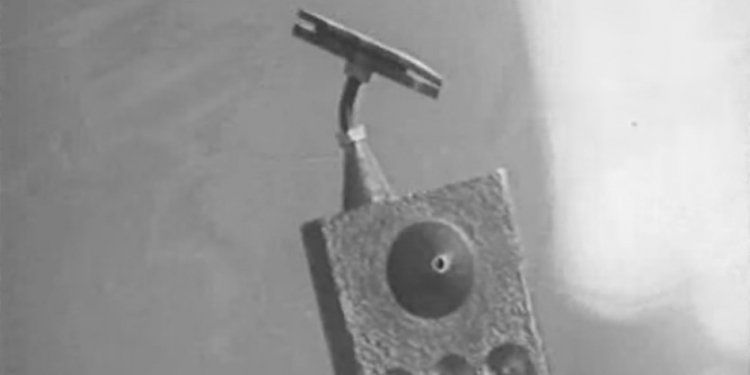 During the Cold War, many Soviet scientists agreed that psychic energy was a measurable force and they developed devices to harness and amplify psychic power, their research became known as psychotronics.
Czech researcher, Robert Pavlita, started to develop devices which he called "psychotronic generators", instruments that were designed to capture a human's mental or biological energy, store it like a psychic battery and then release it on command either mechanically or electromagnetically.
Psychotronic generators are able to store positive as well as negative energy and it's believed that when the energy is redistributed from the device it can affect a whole group of people. It can affect a person's psyche, memory or attention span, it can cause physical fatigue, disorientation and even alter a person's behaviour.
The aim of these devices was to weaponise them and in a Defense Intelligence Agency report from 1975 it seemed the United States were taking the possibility of psychotronic weapons seriously, as were the Soviets who were said to be planning "psi warfare." The report states that Pavlita's device was able to kill flies when they "were placed in the gap of a circular generator, they died instantly" and that Pavlita's daughter had become dizzy when the device was pointed at her from a distance of "several yards”.
The most sinister of these claims was that the Soviets had developed a thought amplifying device which was capable of sending negative energy to the US president.
According to reports, the CIA learned that the Soviets were using powerful psychotronic generators to send harmful thought transmissions, directed at the US embassy in Moscow as well as major US cities, including Washington D.C.
Around the world there are hundreds of people who claim they are the targets of this kind of psychotronic torture or electronic harassment. Victims claim they are being targeted by government agents such as the KGB and FBI.

How Do Psychotronic Generators Work? 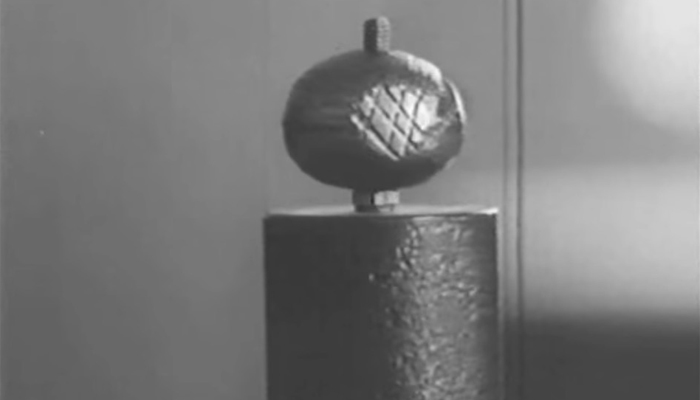 According to advocates of psychotronics, the reasons we're not all going around moving objects with our mind is because humans lack a positive biotronic field, the energy field that links all matter.
A user can transfer their mental energy by streaming it from their eyes into a psychotronic generator. The generator then stores the energy but on demand it can release that energy in the form of a biotronic field. It's these fields which can interact with the world around them either mechanically in form of moving objects.
As well as mechanical output, the generator can also act as a radionic broadcaster with an electromagnetic output. By tuning the device to the target's unique wavelength using a sample, something like blood, a piece of hair, a photograph or just a thought.
The generator then amplifies the user's thoughts and matches it to the target's vibrations, those thoughts are transmitted as extremely low frequency microwaves that can infiltrate the target's mind, whether it be with positive or negative thoughts.

How To Make Your Own Psychotronic Device 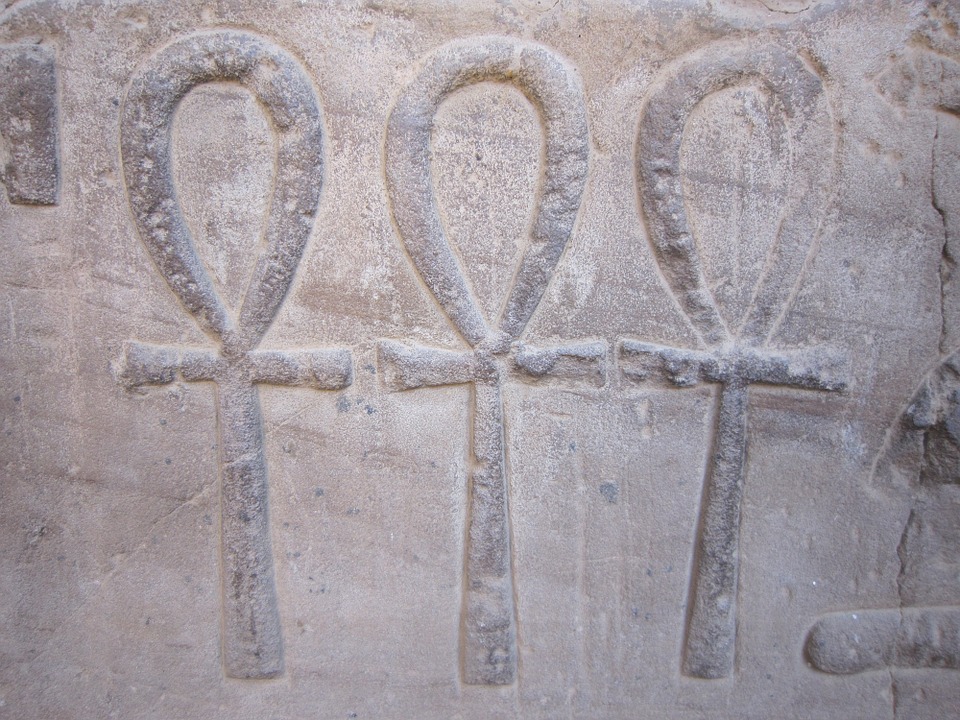 So, how do you actually build a psychotronic generator? Well, in principle it's pretty simple but the technique has never been shared with the western world. The generators usually resemble a wand and are made out of materials such as steel, bronze, copper, iron or gold.
What's important is the shape of the device. In Pavlita's experiments he based his designs on the symbols used in alchemy like the Egyptian ankh icon. He experimented with creating these shapes using different combinations of materials.
When he found the right combinations the device had the right biological rhythm to draw in psychic energy from the human mind.

An Easier Method To Create A Psychotronic Device

A simpler way to experiment with psychotronics yourself is to use a two dimensional printed device. The principles are the same, the specially designed image helps the user focus their thoughts and amplify them in the same way as a physical generator does.
All you need to do is print out the picture below, then visualise a friend in the purple circle in the centre of the image, you could place a photo of your friend here if it helps you to visualise them.
To enhance the telepathic effect of the device further you can place strand of hair from your friend or a personal item in the purple circle too.
Now, stare into the centre of the image, concentrate on your friend and focus on the message you wish to send them. The generator should help you amplify your psychic energy to the point where your thought can be picked up subconsciously by your friend. 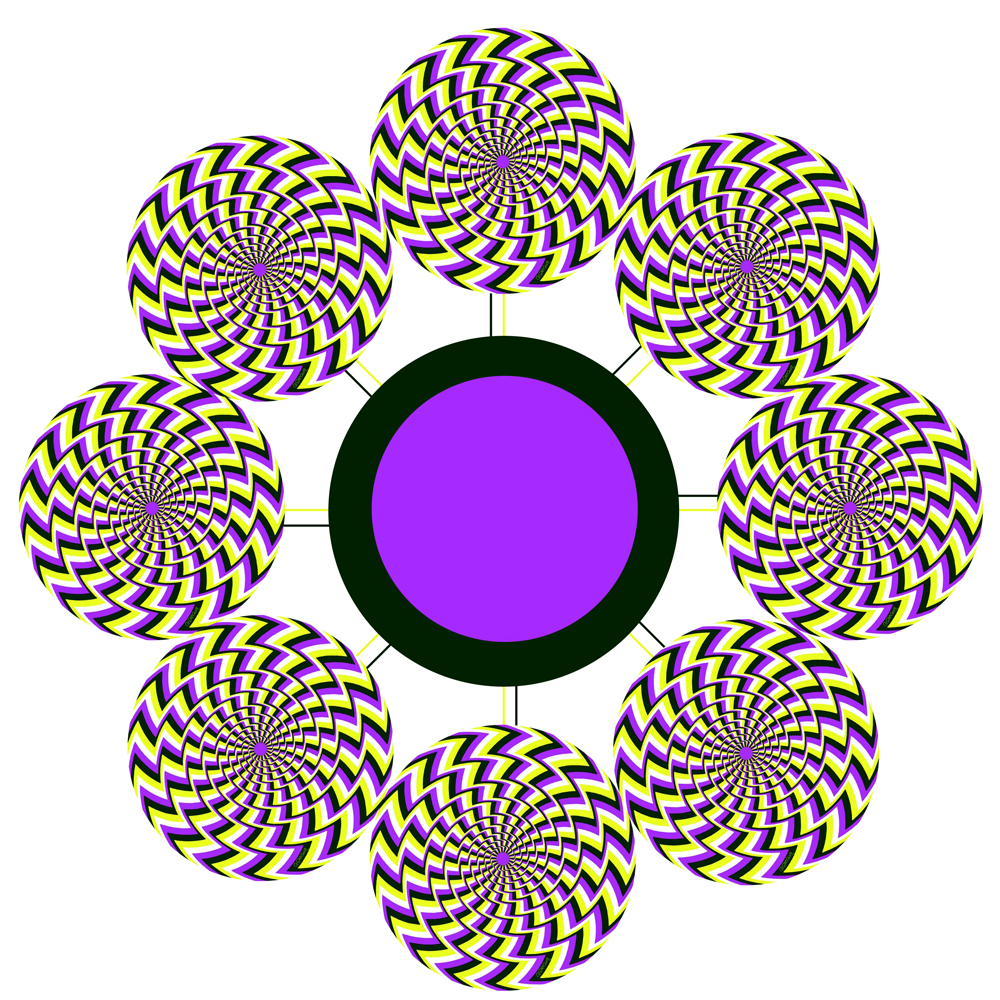