Could Quantum Tunnelling Be Responsible For Poltergeist Activity? 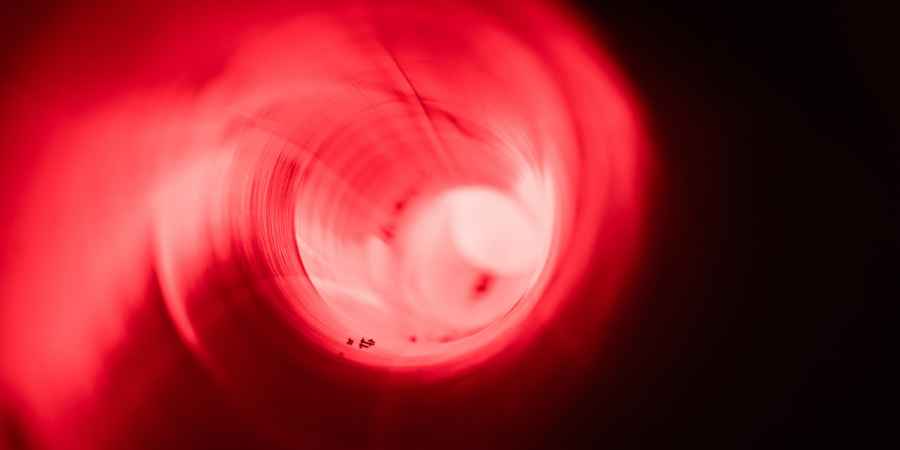 Photo: © Pawel Czerwinski
Admittedly, quantum physics is weird, even "spooky" as Einstein said, but because the paranormal can also be categorised as weird does not mean that quantum-mechanical processes must be causing paranormal activity.
There's a meme currently being shared by paranormal teams on social media that suggests that a quantum-mechanical process known as quantum tunnelling might be what gives rise to certain paranormal activity that characterises poltergeist cases.
In poltergeist hauntings it's not uncommon to hear about objects vanishing from one room and appearing in another, as if they've passed through a wall. Paranormal researchers call this an "apport," a term which describes an object being transferred from one place to another through a non-understood paranormal method.
Another rarer type of activity associated with poltergeist cases is the phenomenon of objects melding together. This is most often objects like coins which land on the floor as if they've been thrown, but upon inspection are found to be fused together.
In both of these examples a solid object seems to "tunnel" through another solid object due to some kind of poltergeist influence, which is why paranormal teams have started to liken the phenomenon to a quantum process that has the word "tunnelling" in its name.
The meme being shared heavily at present on Facebook and Twitter reads:
"If you throw a ball at a wall, it's going to bounce back at you, that's classical physics at work. But in the world of quantum physics, if you did the same with a particle there's a chance that it will suddenly appear on the other side. This is thanks to a phenomenon known as quantum tunnelling, and now a team of physicists has measured just how long that process takes, and found it to be effectively instantaneous." 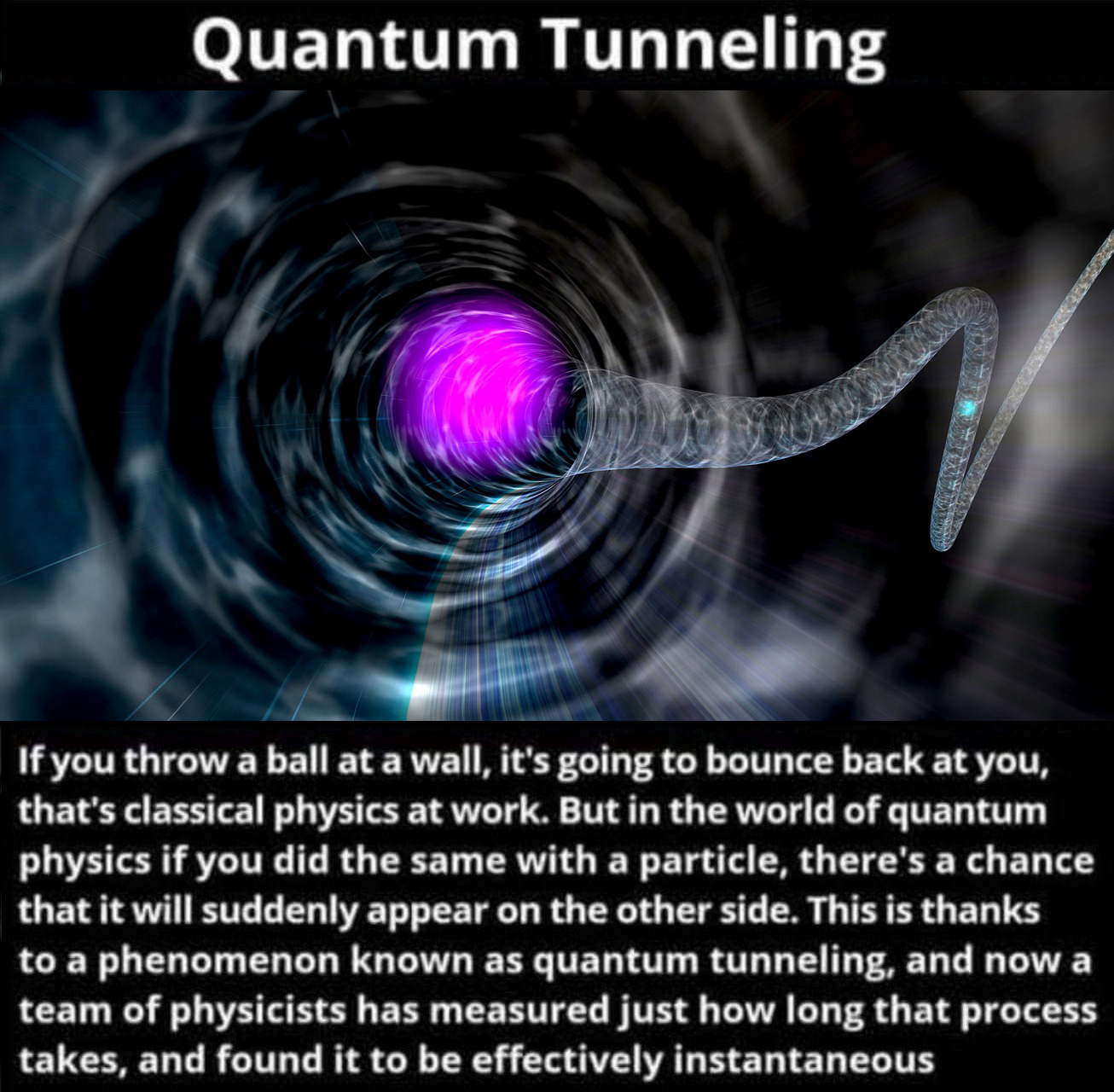 There's nothing wrong with this meme as such, in fact in its intended context, this one is pretty accurate. Quantum tunnelling does allow a particle to pass through potential barriers. And as the meme states, it has been measured. In 2019 scientists found that the weird mechanic occurs in less than 1.8 attoseconds, which is a billionth of a billionth of a second - essentially instantaneous.
The inaccuracies arise when paranormal teams share this meme accompanied by a pseudoscientific caption that is intended to make it relevant to the paranormal world. They often write something along the lines of...
"In both historic and non-historic poltergeist cases, one of the unexplained phenomena reported is objects appearing through other solid objects. Is the poltergeist carrying out its own version of quantum tunnelling?"
Poltergeists are not carrying out their own version of quantum tunnelling.
As the original science meme makes clear, a ball bouncing against a wall is an example of classical physics. This is because it's a macroscopic mechanical process that we can observe with the naked eye.
It goes on to say, "in the world of quantum physics, if you did the same with a particle there's a chance that it will suddenly appear on the other side." What they are saying here is that this tunnelling process only happens at a quantum level in a quantum world.
The fact the word "quantum" in quantum physics sound similar to the word "quantity" isn't a coincidence. Quantum physics is the study of the smallest possible quantity of something, not the visible world around us, but the beyond-microscopic particles that make it up.
So when physicists talk about things tunnelling through barriers, they mean the tiniest of particles passing through tiny barriers.
Although the objects around us in the macroscopic world that are said to pass through things in poltergeist cases are fundamentally made of these same 'smallest possible quantity' particles, as a whole the objects are outside the realms of quantum physics because they are more than just those constituent parts.
If you understand how the mechanism behind quantum tunnelling works, you can easily grasp why it works for a tiny particle, but not for a ball bouncing off a wall.
It all comes down to the fact that the subatomic particles that make up the world around us, and even our bodies, can also behave like waves as well as particles. The concept of waveforms should be familiar to any paranormal investigator who has analysed EVPs, as sound can also be described as travelling in waves with similar properties.
Whether something in the quantum world behaves as a particle or a wave depends on its state, whether it's interacting with something or being observed.
In the case of quantum tunnelling the particle is behaving like a wave. When the wave encounters an obstacle with a thickness of less than three nanometers - less than 1% of the width of a human hair - the wavefunction can propagate through that potential barrier.
Quantum tunnelling only applies to particles like photons and electrons that exist at a quantum level. A ball, a coin or any other solid object we see around us does not ever, under any circumstances, behave like a wave. Therefore its wavefunction cannot propagate through a barrier of any kind.
The above is true of the type of objects that ghost hunters are talking about. Coins, balls and rocks thrown by ghosts don't display quantum mechanical behaviour. The individual particles within these objects do have a chance of tunnelling, but since there are around 43 quintillion atoms in something as small as a grain of sand, it's essentially impossible for every particle to unanimously tunnel together in the same direction.
Even if it were possible, no explanation of how a poltergeist could cause this quantum phenomenon to occur, let alone control it, has ever been put forward by proponents of the poltergeist-tunnelling theory. In fact, even a scientifically valid description of the nature a poltergeist eludes us.
However, under some very specific conditions, macroscopic quantum phenomena does occur. The best two examples of this are superfluidity that only occurs in isotopes of helium, and superconductivity, which occurs in certain metals when they are cooled to temperatures below -200 °C.
Tags:
scienceparanormal