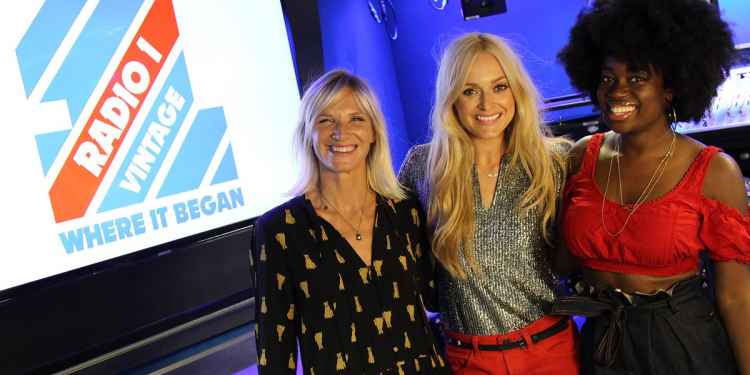 Photo: bbc.co.uk
Last weekend marked Radio 1's 50th birthday, and to celebrate the BBC launched a pop-up station called Radio 1 Vintage which broadcast 50 hours of special programmes containing of some of Radio 1's greatest moments.
My earliest memories of listening to Radio 1 date back to the mid-80s, but my full on radio geekier didn't kick in until about a decade after that, so during the birthday output I learnt quite a bit about my favourite radio station. Below are the six facts that really stood out.

1. The Move 'Flowers In The Rain' Wasn't The First Song To Be Played On Radio 1

Birmingham band, The Move are often credited as being the first song player on the station when it was launched by Tony Blackburn in 1967, but Tony revealed in an interviewed with current breakfast show host Nick Grimshaw that 'Flowers In The Rain' was actually the second song to be played.
The Move was preceded by a song called 'Beefeater' by John Dankworth. Tony famously used to play the sound of his dog, Arnold over the music. The former breakfast host told Grimmy that he found Arnold wandering around the pirate ship while he was working at Radio Caroline, before his Radio 1 days. Tony said "Arnold is still with me, in dog years he is 131 years old."
How has Arnold lasted so long? Tony has the answer, "I feed him on magic dog biscuits."

2. Reading Out The Website Address Used To Be Much More Complicated

3. Bruno Brooks Played The Sweary Version Of Rage Against The Machine And Had No Idea 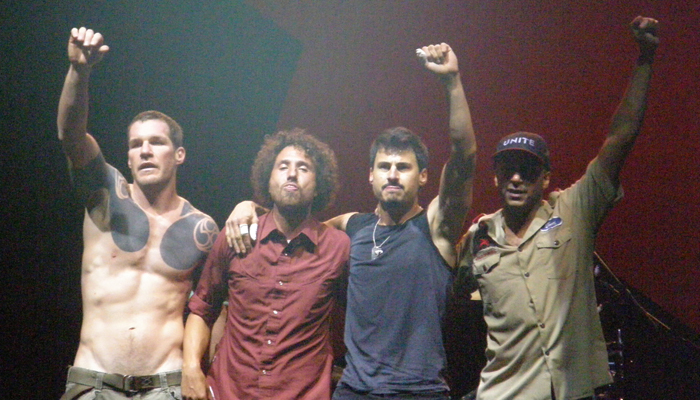 Rage Against The Machine's 1991 hit 'Killing In The Name' is always a risky track to play on the radio due to its explicit lyrics, but there are radio safe version which is what I'm sure Bruno Brooks intended to play on the chart show when then song was released.
You may have heard the story of how the legendary chart show host accidentally played the full uncensored version of the track during the show but it wasn't until I heard him talking about it on Radio 1 Vintage that I realised that Bruno was completely oblivious to the fact that the offensive lyrics were playing out live on the radio.
Bruno said "once I'd introduced the track and the track was rolling, often I'd just turn the speakers down and just concentrate on the next link and I used to write every link, and in the meantime, this track is playing to the nation apart from one person, me, because I can't hear it."
According to Bruno, Broadcasting House reception were getting hundreds of calls, unfortunately the message didn't get to the Radio 1 studio before the track had finished playing.

4. The Legendary Video Of Cats Performing 'Independent Woman' Came From The Live Longue

It's a video that went viral online before YouTube even existed, it was one of the original internet memes, and is possibly even responsible for starting the internet's obsession with cats.
The video of cats jamming in flat caps, which is set to a comical cover of Destiny's Child's 'Independent Woman' originally appeared as a Flash animation on the website Rather Good. I'd always known that the cover of the 2001 No. 1 was performed by Elbow, but it was only during Radio 1's 50th birthday broadcast that I learnt that it came from a Live Lounge performance.
For #radio1vintage, former Live Lounge presenters Jo Wiley and Fearne Cotton came together with the feature's current host Clara Amfo to play some of their most memorable songs from Radio 1's Live Lounge.
One of Jo's most fond memories came from 2002 when she was hosting the show and Elbow came in to perform a cover, which she says has gone on to become a "cult classic".
"We didn't really take photographs of the Live Lounge, we didn't film any of it when I was doing it, but somebody out there made a video to go with this and it involved a lot of dancing cats," Jo said, she also credits the video with being the reason why the BBC decided to start filming the sessions themselves.

The Live Lounge has been a familiar fixture on Radio 1 since the early 2000s, and more than a decade early the Evening Session had started introducing live music to night time listeners, but live music didn't have a place on the daytime schedule until Jackie Brambles brought sessions to her show in 1992.
Jackie, who's also known as a host of 'Loose Women' spoke about her time on air as part of #radio1vintage. Talking about live music, she said, "One of the things I most proud of is that we brought live sessions to daytimes. To the best of my knowledge that hadn't happened before. You had the likes of Faith No More, Paul Weller and The Manic Street Preachers doing this amazing sessions in front of you and hanging out and having a little chat with you afterwards as well."
The first live session on Jackie's show featured the American rock band, Faith No More and was broadcast from the BBC's Maida Vale Studios on Friday 4th November, 1992. From this moment on, live music had a regular place on Radio 1's daytime schedule and eventually led to the creation of the Live Lounge.

If you were a regular listener to Steve Wright In The Afternoon in the 90s, then you may remember the array of comedy characters which appeared on the show, including Mr Angry, The Boss, Mr Mad, Pretentious Music Journalist and Voiceover Man.
Voiceover Man would have been a familiar voice to millions of people in the 90s, but you maybe forgiven for thinking that Voiceover Man just vanish into obscurity, after all many of Steve's characters were just performed by staff at Radio 1. But, Voiceover Man is still heard by millions of people every week and is in fact still a voiceover man.
The character was performed by Peter Dickson, who's today the recognisable voice of television shows like 'The X Factor', 'Britain's Got Talent', 'The Price Is Right' and 'Family Fortunes'.
Add A Comment
Tags:
radio

My BBC Radio Interview On The Dangers Of Underground Exploration

A Week Of Chris Moyles On Radio X

Chris Moyles Is Back

One Of My Pranks Ends Up On Heart