Was The Rendlesham Forest UFO Incident An SAS Prank? 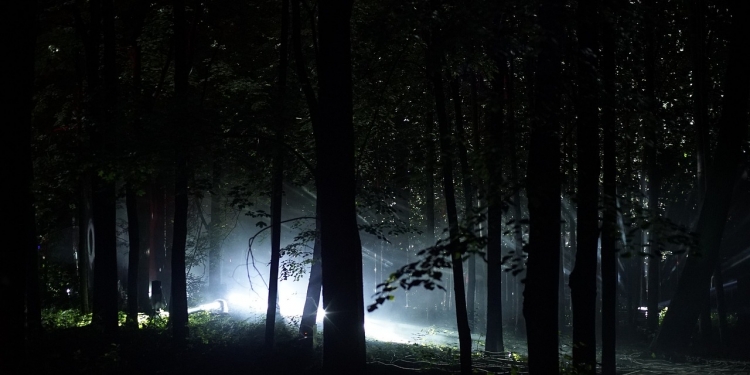 Photo: pixabay.com
It's been called the "British Roswell" and although the incident took place almost 40 years ago, it's still one of the most talked about and debated UFO cases today.
What makes the story of unexplained flashing lights and a triangular shaped object spotted near RAF Woodbridge in Rendlesham Forest so compelling is that it was witnessed and reported by professional military personnel.
The alleged extraterrestrial event occurred over three nights in December 1980 and was witnessed by three servicemen from the United States Air Force based in the Suffolk RAF station. They claimed the object they saw in the forest was silent and had markings like hieroglyphics on the side.
The next night Lieutenant Colonel Charles Halt went to investigate the disturbance, he took a dictaphone with him and recorded the incident. According to Halt, three UFOs were seen in the sky, the brightest of these hovered for two to three hours and seemed to beam down a stream of light from time to time.

Photo: flickr.com
The incident was taken seriously by the British government. Formerly classified documents released by the Ministry of Defence last year state that the incident was treated as unexplained. The substantial cache of files on the incident even suggests that the true nature of what happened in the forest that December night has been hidden from the public.
The story may be almost four decades old but a new theory as to what really happened on the three nights between 26 and 28 December in 1980 has been shared by British UFO expert, Dr. David Clarke in a blog post.
Clarke says that three years ago he was contacted by an anonymous SAS insider, who he nicknamed "Frank". According to Clarke, Frank told him that the lights that the US airmen experienced in the forest over those three nights were actually the result of an elaborate hoax pulled off by SAS soldiers stationed nearby.
Frank's claim was that the incident was a revenge prank by British soldiers, who were getting their own back on the Americans after being imprisoned in their overseas base in Suffolk.
The anonymous informant told Clarke that a team of SAS soldiers parachuted into the American base one night in August 1980 to test the bases security, apparently these sort of test of the defences of RAF Woodbridge were common. However on this occasion, the Americans had upgraded their radar system and instantly detected the team's black parachutes.
At a time when both the US and Britain were on high alert during the Cold War, the base staff took the intrusion very seriously. The men were imprisoned for 18 hours, beaten and interrogated. They were only released when the British authorities intervened. During their time in captivity the US servicemen referred to the Brits as "unidentified aliens", apparently not believing their story that they were members of the elite British unit.
The Brits thought the best way to exact revenge was to really show them some unidentified aliens. So several months later they spent three nights hiding out in the forest where they had rigged up a light show for the Americans using electric lights, coloured flares, and black helium balloons and remote controlled kites to elevate the lights.

So, Is The Story True?

Well, Clarke doesn't think so. When he first heard from Frank via an anonymous letter, he sat on the story, first wanting to confirm its validity. After three years, Clarke has now spoken out about the claim, but has said he's not taking it seriously and that the details Frank reported suggest that he isn't telling the truth.
Clarke stated in his blog post that he consulted Robin Horsfall, a former SAS sniper known for his part in the famous Special Forces operation that stormed the Iranian Embassy to free hostages. Clarke wrote, "Horsfall tells me the letter-writer is someone dangling a fishing rod. The language Frank uses provides 'no evidence of a military background'."
According to Horsfall, the letter "is written by a person with a solid grounding in grammar which in my opinion excludes most SAS operatives during this period including the commissioned officers."
Dr. Clarke also contacted Col Ted Conrad, the US Base Commander at the time of the incident. In fact it was Conrad who ordered the investigation of the UFO sightings. Conrad told Clarke, "it is unthinkable that either side would conduct such an exercise against an important facility where real weapons and ammo were present."
Col Conrad remains open minded about what his men saw, but has previously gone on record to say that it is possible, although unlikely, that the incident was a prank or hoax, even if Frank's story isn't true. Other explanations for the incident include it being the result of a downed Soviet spy satellite or, according to Jenny Randles one of the co-authors of the 1984 book 'Sky Crash: A Cosmic Conspiracy' nothing more than "a series of misperceptions of everyday things encountered in less than everyday circumstances."
Last year Sony Pictures announced that Lawrence Fishburne will play a lead role in a new eight-part television drama based on the Rendlesham incident, which will be set both during the Cold War and in the present day. There's also at least two other documentaries in production as ufologists prepare for the 40th anniversary of the incident in December 2020.
Add A Comment
Tags:
ufostopical