We were given an hour to break out of Riddlr's séance-themed escape room, an immersive and scary puzzle experience in Bristol, which is sure to terrify even the most hardened ghost hunter. 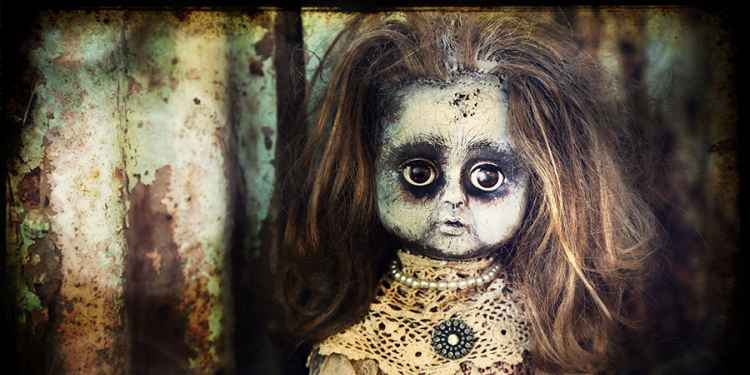 Photo: pixabay.com
We're quite used to being inside haunted houses, but for the first time at the weekend, we were locked inside one and given an hour to escape as a large red digital timer in the corner of the room counted us down.
With the movie, 'Escape Room' still in cinemas across the UK and inspired by the fact that BBC Radio 1 DJ, Greg James, spent two days locked inside the #R1EscapeRoom, we thought it was time we faced our fears and went to track down paranormal activity in probably the scariest escape room in the country.
Five of us were voluntarily locked inside of one of the three escape rooms at Riddlr in Bristol, we picked the room called Séance, which is clearly right up our street. The paranormal-themed room can accommodate two to five players and has overwhelming five star reviews on Trip Advisor, with one reviewer describing it as "by far the best (and scariest) experience" they've ever had.
The staff at Riddlr were incredibly friendly and welcoming as they guided us to the ominous looking front door to number 13 Paper Street. A door adorned with a sinister pentacle painted in red. We were told that we were about to follow in the footsteps of a prominent paranormal investigator by the name of Clarissa Stubbs, who previously disappeared while investigating the strange goings on in the abandoned house.
Once through the door and with the clock ticking, we found ourselves inside a creepy and dilapidated gothic living room, which was just like something out of the supernatural Netflix drama, 'The Haunting Of Hill House'.
The room was clearly haunted by the evil entities that were present on the night of Clarissa's disappearance. The space was very well dressed complete with fitting props, creepy portraits, cobwebs and dusty old books. Erie atmospheric sound effects, which were quite loud and scary at times, added to the room's creepy vibe.
Of course we can't tell you too much about what's inside the room and phones are not allowed, for reasons that will become obvious when you play, so we couldn't take photos. However, the team at Riddlr have posted a sneaky peek inside the room on their Facebook page...
Normally when we stake out a haunted house things are quiet and the investigation involves sitting in a cold dark room for hours on end simply waiting for something to happen, but there was no shortage of paranormal activity at 13 Paper Street. The ghostly happenings started in a fairly tame manner in the form of flickering lights, but things quickly escalated and players experience a range of immersive special effects designed to terrify you.
It should be noted, that although Riddlr warn their players that the room is supposed to be "a frightening experience," it's not a scare room. There are a couple of jump scares and times when you are plunged into darkness, but the experience is primarily a puzzle room where players use logic to solve various occult-themed puzzles and games.
The puzzles are very closely tied to the occult, so much so that some players may find some of the religious imagery and iconography offensive. There's everything from creepy dolls, an upside down crucifix, enchanted busts, tarot cards, and of course as you'd probably have guessed by the name of the game, a Ouija board. I was happy to see that when we got to the Ouija board element, all of my team got into the spirit of the game, took a seat at the table, placed a finger on the planchette and slid it around the board.
What was nice is that we didn't feel that we were solving puzzles for the sake of it. It was clear what our goal was throughout and each puzzle brought us closer to unlocking the secrets of the house and breaking free.
Compared to other escape rooms I've done, this one seemed very technically advanced. Most of the elements of the game were automated using various sensors, which automatically unlocked doors and triggered special effects. If you get stuck, clues are available via a magic mirror which shows a ghostly image of Clarissa who will guide you. In most escape rooms the staff simply shout clues into the room, which can take you out of the moment a little. So this magic mirror mechanism worked much better for a paranormal-themed game.
Although the clues were automated, it was nice to know that the staff had been watching our progress throughout the game and were able to offer us great feedback and reveal a few of the secrets about how the game works once we got out, which we did after 44 minutes. Apparently this is a pretty good time.
I had done escape rooms before, but the rest of my team were new to them and we all loved the experience, proving that Riddlr's Séance is suitable for both beginners and experienced players. We highly recommend a trip to this escape room, especially if you're a fan of the paranormal.
As well as the Séance room, Riddlr also have a Zombie Apocalypse room, and a room themed around the engineer that put Bristol on the map, Isambard Kingdom Brunel. You can find out more and how to book at riddlr.co.uk.
Add A Comment
Tags:
paranormalbristol

What's So Good About The Panasonic RR DR-60?