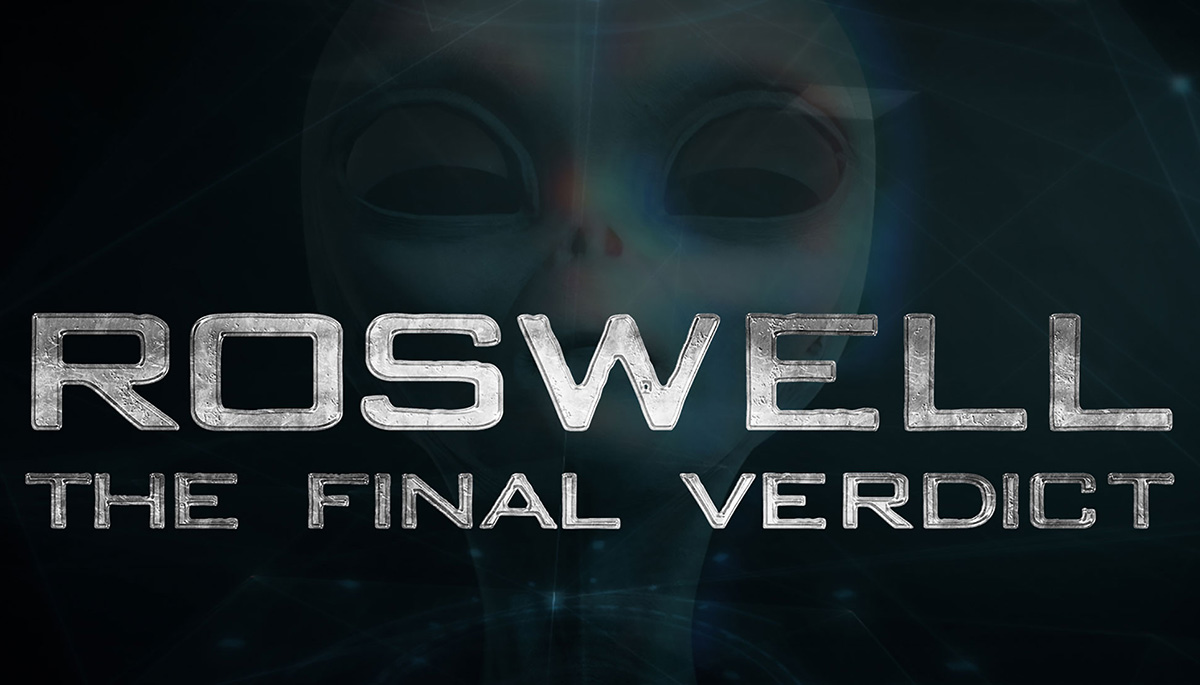 Following the Pentagon's underwhelming release of declassified UFO secrets, a new series aims to get to the bottom of one of the most famous and most notorious extraterrestrial incidents in US history.
'Roswell: The Final Verdict' lands on Discovery+ on July 2, coinciding with the 74th anniversary of the alleged alien crash on a farm in New Mexico.
In 1947, a rancher near Roswell, claimed to have discovered mysterious debris on his property, triggering decades of official government denials, and countless conspiracy theories, about aliens.
Now, tapes of haunting first-person accounts from the past are being analysed in a totally modern way, using artificial intelligence (AI) lie detection software to test if the eyewitnesses are telling the truth. Although most of the witnesses are now deceased, AI permits truth to be separated from fiction and the most important UFO event in world history can be weighed in the balance with all the evidence at hand.
"DNA analysis revolutionized crime fighting by reopening cold cases from decades past. Now another type of technological breakthrough is blowing the lid off the secrets the government has kept from the public regarding alien visitation," said Ben Hansen, former federal agent and UFO expert. "Using new AI analysis, ironically developed in large part for the government, we can now quite accurately ascertain the truthfulness of statements and events as told by witnesses to the most controversial UFO event of all time."
Over six one-hour episodes, harrowing accounts drive an explosive and cinematic minute-by-minute exploration of the Roswell incident through the eyes of those who were there. Haunted by a string of sudden terror moments, this is a frightening new journey into the heart of the nation’s most disturbing alien encounter. Like voices speaking from the past, these Roswell witnesses now have science to back up the truth of their claims.
Follow #RoswellFinalVerdict for exclusive content, episode explainers, latest updates and additional insights about the most notorious alien crash site ever.
The mini-series, produced by October Films, debuts on Discovery+ on July 2 with three episodes and then the final three will drop on Fridays.

Episode 1: Crash Landings
Streaming from July 2
On July 2, 1947, a rancher discovered otherworldly debris strewn across the desert near Roswell, New Mexico. When a U.S. Army intelligence officer investigated the evidence, he concluded, “It was not anything from this earth.” Sophisticated lie detection software puts his bold claim to the test.
Episode 2: Alien Invasion
Streaming from July 2
In July 1947, visitors to the south of Roswell, New Mexico, described stumbling upon a crashed UFO. Some witnesses even claim to have seen the bodies of aliens. Their historic testimony has been dismissed for decades. Now, powerful AI lie detection software puts their extraordinary claims to the test.
Episode 3: Silencing Witnesses
Streaming from July 2
With mounting evidence of a UFO crash, a future four-star general ordered a press release to announce the news to the world. But just as the Roswell incident is grabbing headlines, the story is suppressed. Cutting-edge AI lie detection software probes the truth behind the cover-up.
Episode 4: Discredit and Humiliate
Streaming from July 9
Eyewitnesses claimed to see strange debris and the bodies of aliens in secretive Hangar 84 at Roswell Army Airfield. As activity intensified, the U.S. government revealed its official version of events – a crashed weather balloon. An advanced AI program asks whether any of it can be believed.
Episode 5: Alien Autopsy
Streaming from July 16
Did the U.S. government conduct an alien autopsy at Roswell? It has always been one of the most explosive claims about the Roswell incident. Now for the first time, the world’s most sophisticated lie detector probes the evidence to unveil the shocking truth.
Episode 6: Extraterrestrial Truth
Streaming from July 23
Decades after the Roswell incident, the U.S. government fights to suppress public interest in UFO sightings and extraterrestrial contact. Cutting-edge AI compares the government’s account of the crash with what it has uncovered. After 70 years, are we getting closer to the truth?
Tags:
discoveryplustopicaltelevisionufosunexplained