It's Not True That Science Won't Ever Be Able To Explain The Existence Of Ghosts... If Indeed They Do 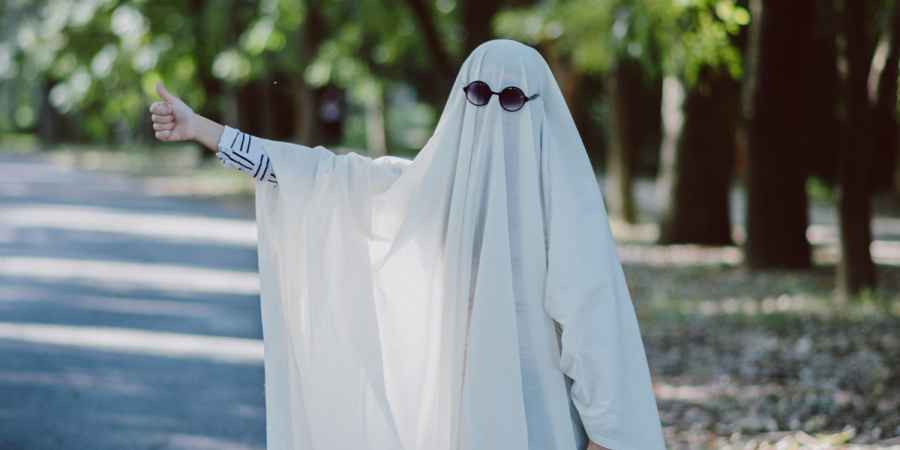 Photo: © Luli Sosa Benintende
People often say that because ghosts are outside and beyond the understanding of science, we'll never be able to understand what ghosts are. However this is a misnomer. If ghost do exist, then one day the science behind them will be uncovered, even if we don't understand them today.
Scientists aren't the fun police. Science isn't a book of rules on what can and can't exist in the universe. Science is the process by which we understand nature, so if ghosts can exist in nature then science does have the potential to understand them one day.
Science does not currently accept that ghosts exists. To combat this criticism of the paranormal, believers often claim that it's not possible to obtain any evidence because ghosts exist outside of science. The good news for believers is that this isn't true. If ghosts do in fact exist, sooner or later, science will be able to gather evidence and gain an understanding of them.
The misunderstanding here is that just because science doesn't acknowledge or understand something does not mean it doesn't exist. Lightning was striking the Earth hundreds of millions of years before scientists understood that each strike is caused by electrical charges in the atmosphere. Electricity existed before science understood it.
Ancient humans could be excused for thinking of lightning as the wrath of God. It would have been seen as magical and unexplainable, almost supernatural. We eventually realised that lightning isn't magical or heavenly, and now have a very good understanding of the science behind it.
If ghosts do exist, then it stands to reason that, just like lightning, we will one day be able to gain a scientific understanding of them too. This really only leaves us with two possibilities about the nature of ghosts.
1. The first is that ghosts don't exist and those who report them are misdiagnosing ordinary things, being fooled by their own senses or are intentionally making these experiences up.
2. The second, and perhaps more exciting possibility, is that ghosts do exist but scientists haven't yet found a way to explain them.
Science is all about obtaining evidence to gain a better understanding of something. After decades of paranormal research, very little evidence has been gathered the proves undeniably that ghosts exist. So, the first of these possibilities is by far the most likely.
Of course, you can use the scientific method to prove that something doesn't exist. A simplistic example would be addressing the claim, "the Moon is made of cheese." Well, we've been to the Moon, we've taken samples and we've found it's made from rock, not a dairy product.
It's the job of paranormal researchers to prove that an as-yet undiscovered branch of science that might explain ghost sightings exists, but claiming that science can't understand ghosts isn't a valid excuse for the lack of evidence that currently exists.
Those who use this excuse often claim that "science isn't fact" or that "science has been proven to be inaccurate in the past."
But science doesn't set out to be a definitive collection of knowledge or facts - that's what history books are for. Science is merely a way of working which allows us to validate or discredit proposed facts before the make their way into the history books. By its very nature science should prove itself wrong time and time again.
It is true that our current understanding of the way the world around us works may not be the actual correct understanding, but this fact doesn't prove that ghosts exist. It doesn't disprove them either. The statement is irrelevant, just like in the previous example of lightning. The limited understanding that ancient humans had did not mean that lightning must have been a supernatural phenomenon.
The simple fact is that nothing exists in the eyes of science until it has been proven. So if you don't like the fact that ghosts aren't accepted by mainstream science, then the onus is on you to come up with a new and unique experiment which proves they exist.
Tags:
paranormalghostsscience