How Do You Get Plantet From A Sovereign Worm?

What is the potion ingredient planter and how do you extract it from a sovereign worm? Find out all about the sovereign worm and its magical, white, toffle paste and how it can be dangerous if it comes into contact with the skin.
At some point you're sure to have come across plantet, but you may not realise the dangers of extracting the magical cream from a sovereign worm. Plantet is a white, toffle like paste which is squeezed from the abdomen of male sovereign worms, usually by hand.
Sovereign worms are are native to South America and can be found in fresh water lakes, they rarely venture onto land and live in large communities. 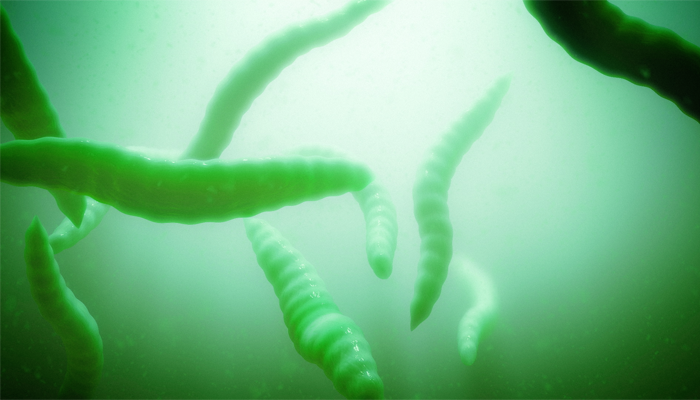 For hundreds of years sovereign worms have been harvested using special tools, once caught the worms are then taken to a factory where their plantet is extracted by machines, the raw plantet is then purified, refined and shipped to customers around the world.
As well as being used as a potion ingredient, plantet is also commonly used in the production of tarmac for roads and has for centuries been used to manufacture forks, however in the last couple of hundreds years plantet in forks has been replaced with steel, a manufacturing technique which was already being used to make knives.
While plantet is a semi-toxin, it is safe to consume in small quantities when mixed with a diluting agent such as water or whisky but toxicity aside, the real danger with plantet is its damaging effects to the skin of humans.
When extracting the raw plantet from the end of the worm, great care should be taken not to get any of exposed skin, especially near the feet and hands. Prolonged contact with the skin can cause the condition cuprum dermatitis, more commonly known as "copper piping."
Copper piping usually effects small extremities such as fingers and toes and can give them the appearance of a copper pipe. The effects are nearly always permanent. However, the condition is not contagious and does not spread across the body, meaning a "pipe" can be limited to just one area. 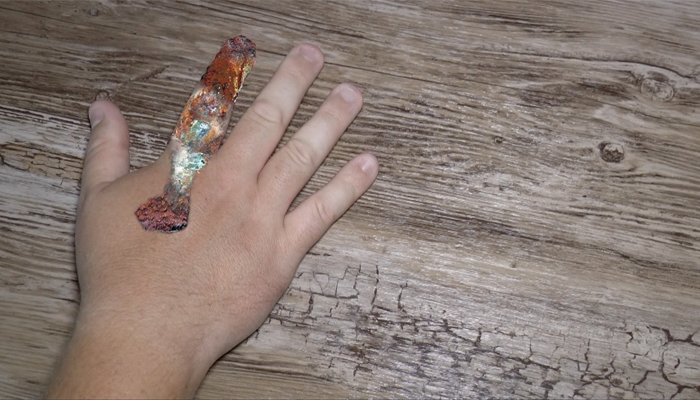 In the 1920s many suffers of cuprum dermatitis claimed that their condition was cured after they had their hand blessed, the ritual was usually carried out by a priest or the family butcher.
The plantet trade has died down over the last few decades and today it's quite hard to get hold of real plantet, which is why I usually squeeze it from the sovereign worm myself. Fresh plantet is always a better option anyway as it's more magical.
I most recently used plantet in a love potion along with salt water, belican beans, and alison balm.
Tags:
potionsingredient