10 things that annoy me about Star Trek

This article is more than nine years old and was last updated in May 2017.

I am a bit of Trekkie or Trekker, so much so that I don't really know what Star Trek fans are called. OK, I'm not too hardcore, I've watched the shows but I guess I'm not actual "fanatical," but I have noticed many things that annoy me, like why is B'Elanna Torres hotter as a Klingon than a human? I've put together a list of the 10 things about Star Trek that annoy me the most. 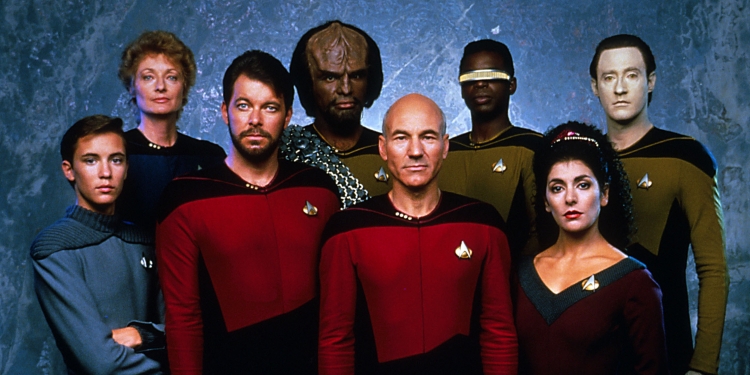 1. Why are there no security cameras?

If someone commits a crime on the Enterprise it takes them days to piece together the clues, even ASDA has the technology to look back on CCTV.

Can't they go old school and a make them require an ignition key, then they could just lock the keys up on the bridge.

3. Ships always approach each other on the same horizontal plane.

Everyone knows there's no up in space yet all the ships are always the same way up.

4. Why do they have transporter rooms?

You can do site-to-site transports or beam to a planet without the need of a receiving transporter room. Why can't they just transport cargo straight in to a cargo bay and guests in to a nice foyer with some pot plants and a comfy sofa?

5. Why are there food replicators?

The food replicators are just an extension of the transporter system, it makes matter (food) for pure energy, so why do you need a little terminal in each crew members quarters? Just beam a roast chicken with potatoes and gravy straight on to their table.

6. How they always get locked out of the holodeck controls.

Just uplug it! And the safety protocals always fail, that would be like if the "don't incinerate near-by humans" button on your oven kept failing.

7. Why do they ever repair the ship?

Can't they just beam out the damaged part of the ship, replicate a new one and beam it in to place?

8. Why do they even have a bridge?

The command deck of the ship, the most important part yet whenever an enemeny weapon hits the ship (even if it's nine decks down) the consoles spark and explode, why don't they just use a hologram simulations of controls like the holodeck? There are several episode where the ship is controled from inside the holodeck, it would just save third-degree burns to the sides of faces of red shirts.

9. How does the universal translator work?

I get it's for story telling and it's flawed, that's fine but the translator is built in to the Starfleet communicator badge right? I've seen loads of episodes where the bad guy aliens take their com badges, how do they still understand as the badies?

10. How does a com badge know who you are talking to?

When someone taps their com badge and says "Picard to Riker" the reciever hears the full message, how? The computer wouldn't know which badge to send it to until Picard had finished the instruction so it would have to send it to all com badges, the chatter would be constant in a crew of thousands. Then, if they say "on my way, sir" and then go on to tell their mate "man, I hate the bald pahtak" - how would it know when to stop transmitting?
Tags:
televisionstar trekscience fiction