List Of 80s References In 'The Gate' - Stranger Things 2, Episode 9 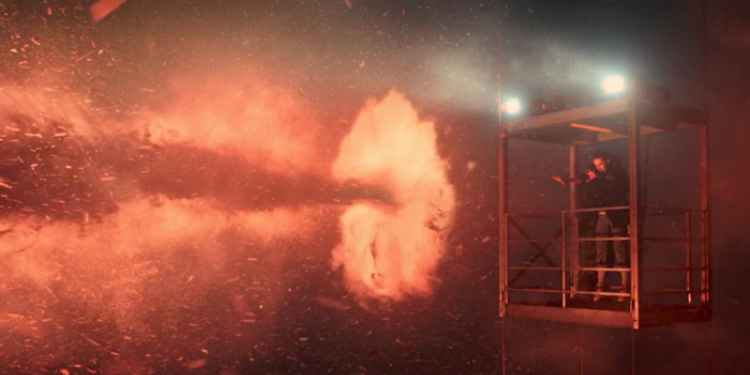 This is it folks, on the downhill stretch. Will they save Will? Can they close the gate? Will Dustin find a girl? Will Lucas smooch Max? Will there be another series? Face it, if you're reading this, you already know. But what references did we pick up on to life in the 80s, and other films in general? 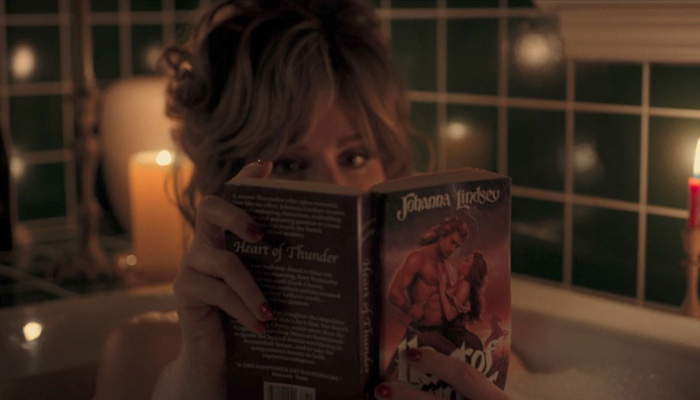 Romance novels were huge sellers in the 80s. One of the biggest publishers was Mills & Boon, and let's not forget the tripe Barbara Cartland published. Anyway, Mrs Wheeler is relaxing in the tub reading a good old-fashioned novel. The genre developed in the 70s and by 1982 it was worth tens of millions of dollars a year. 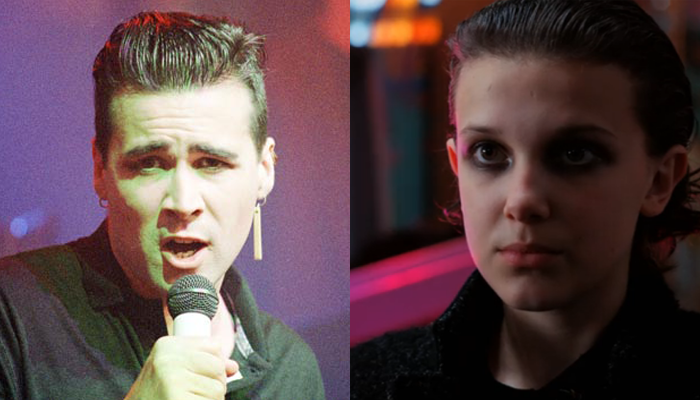 A popular electro-pop band from the UK in the early 80s, El's new look of slicked back hair and eyeliner had us thinking of the lead singer of the League, Phil Oakey, he of the eyeliner and slicked back hair! 'Don't You Want Me' was their biggest hit, released in 1981 and got to number 1 in both the UK and US. 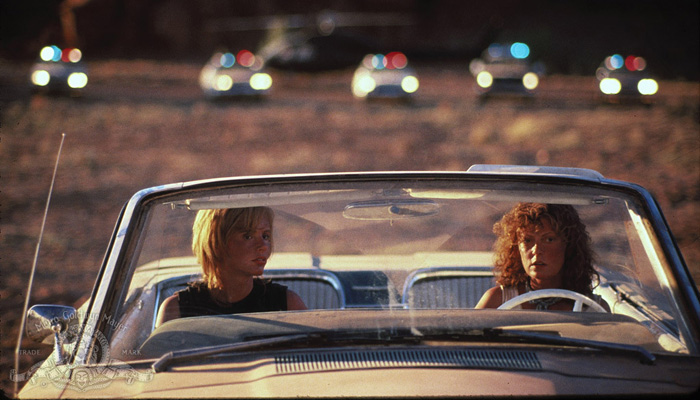 As Hopper and Eleven head off in Hopper's van to face their possible doom on their mission to close the gate, they reconcile their differences and hold hands. Ridley Scott's 1991 road movie starring Susan Sarandon and Geena Davis closes with a similar scene.

Again. A major touch point for the whole series, but Will being tied down in agony whilst possessed, getting an arm free and grabbing his mum round the throat and then having some hideous beast leave his body after it's forced out, yeah, no catholic priests present but that's close enough for us.

Indiana Jones And The Temple of Doom 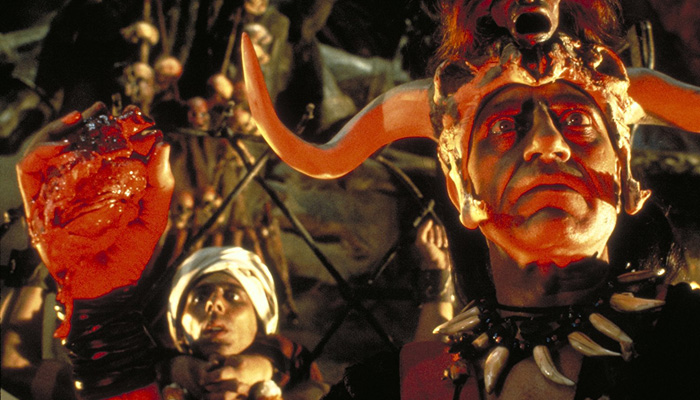 1984's Raiders of the Lost Ark sequel features a scene where Short Round has to burn his friend Indy with a red hot poker in order to wake him from his trance. A similar trick is used here on poor long-suffering Will. Someone get that boy an ice-pack! 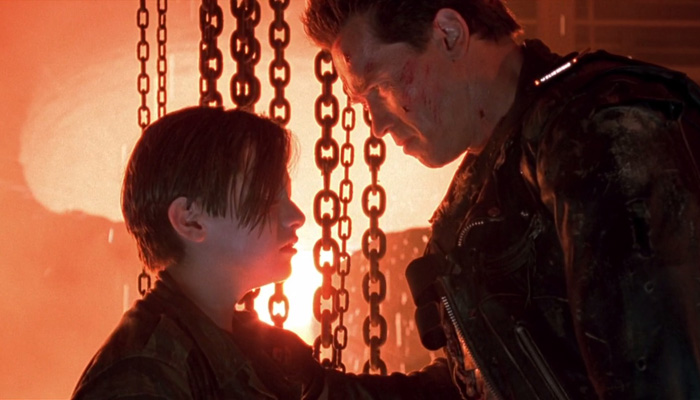 Eleven and Hopper's descent into the fiery pit to close the gate had us thinking about the end of Arnie's futuristic cyborg in the 1991 sequel from James Cameron. In that film, the Terminator cannot self-destruct, so requests Sarah Connor bump him off by lowering him into a vat of molten steel. But, like El and Hopper, we were always pretty sure he'd 'be back'. 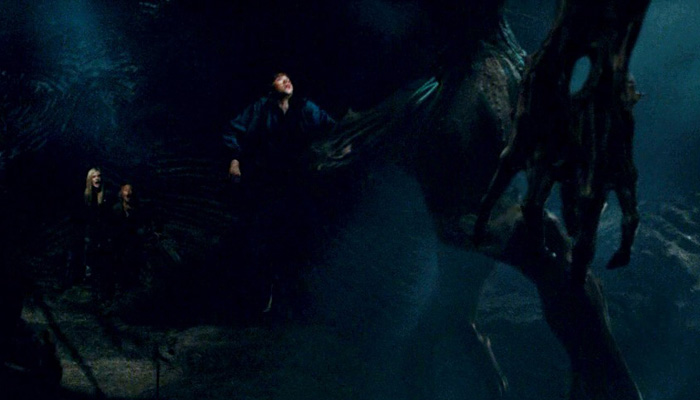 Super 8 is a J. J. Abrams film from 2011, set in 1979, and borrowing very heavily from Spielberg's films of that period. Coincidentally, Spielberg was a producer of Super 8 so I guess sometimes it's best to go straight to the source. The gang having to travel through tunnels under the town to kill the Demodogs is very Super 8. 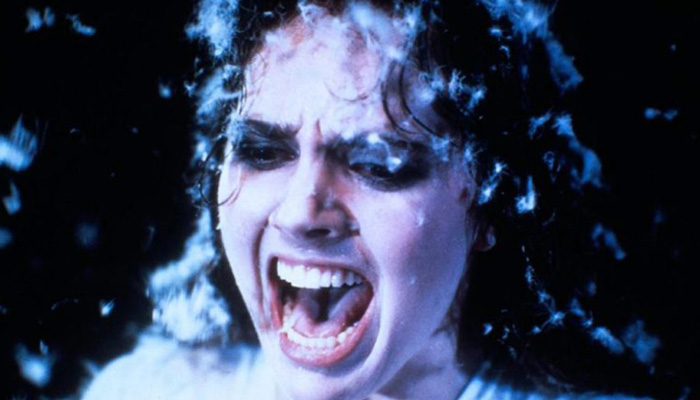 Clive Barker's 1987 horror film was visually ground-breaking, famously featuring Pinhead and his motley crew of kinky demons from beyond the grave. We think the Duffer Brothers must have taken note of heroine of this film, Kirsty, as El's get up in this final chapter has got a few similar elements.

El's ability to close the gate between our world and the Upside-Down has got a bit Jean Grey about it, don't you think? 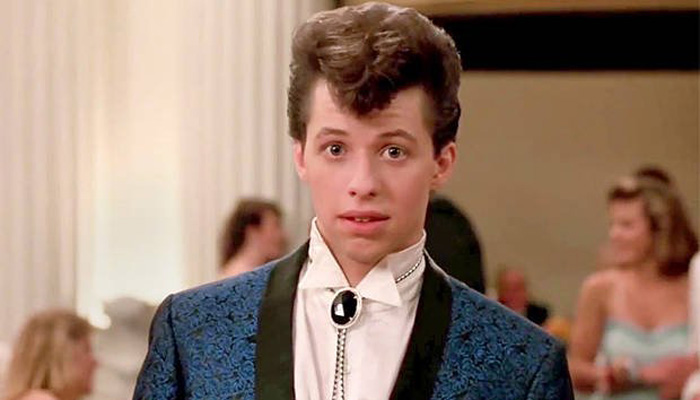 The school Snow Ball dance scene with it's roster of 80s hits has got a few different references in there. Pretty in Pink was the most obvious one to us. Starring Mollie Ringwald (who's recently popped up on another Netflix series, Riverdale) 1986's Pretty in Pink is a brat pack film which ends in a prom scene. In the same way Dustin struggles to find a girl to dance with, Duckie in Pretty in Pink, also has trouble with the ladies. In case that's not obvious enough, Dustin has even borrowed his haircut for the dance!

Barbra Streisand – 'The Way We Were'. Lovely piece of music for Mrs Wheeler to relax in the bath to.
This track was released in 1973, and is one of Streisand's most well-known tracks. It appeared on the soundtrack to the film of the same name, which starred Robert Redford and Streisand herself. The single got to number one when it was originally released in 1973, spent nearly half a year in the charts, 23 weeks, and sold over a million copies.
Donna Summer – 'I Do Believe (I Fell In Love)'. Mrs Wheeler answers the door in her robe, and it's an open-chested Billy asking if Mrs Wheeler knows where Max is.
An album cut from Donna Summer's 1983 album She Works Hard For The Money. Donna Summer is best known for her revolutionary disco track I Feel Love, a song that epitomised the sound of the disco period, kickstarted electronic music, and basically sounds like nothing else before it. By contract, this track is a lot more middle of the road and radio friendly.
Cameron Brooks – 'I See Charcoal (You See Scarlet)'. The sound of Billy knocking seven shades out of Steve.
We heard another track from Cameron in episode 6. As we pointed out then, there's not a lot of info about Cameron but we know he's Los Angeles based composer, producer and multi-instrumentalist.
Tangerine Dream – 'Rare Bird'. As the military locks-up shop and pulls out of the Hawkins Lab, who's there at the gate seeing them off with a few cold brewskis? Why, it's Murray!
Tangerine Dream are an electronic band from Germany, who formed in 1967, at a time when synthesizers weren't readily available so the band members basically made their own gear. Their music has been influenced by classical music and psychedelic rock, and they had a large influence over the rise of ambient music in the 90s.
The band composed soundtracks for various films, including Sorcerer, a thriller from the Exorcist director William Friedkin.
Bobby Helms – 'Jingle Bell Rock'. Getting ready for the school snow ball. Joyce teaching Will how to dance while Jonathan films. Mike being photographed by his mum. Lucas working out his killer chat-up lines and Dustin putting Steve's haircare tips into practice.
Bobby Helms was an American country music singer. Jingle Bell Rock was originally released in 1957, but it's popularity as a standard Christmas song means it has already re-entered the US charts twice since then, in 1996-7 and 2001. It has numerous cover versions including Kenny G, Billy Idol, Hall & Oates and even Michael Buble!
Pat Benatar – 'Love Is A Battlefield'. Steve dropping Dustin at the dance and giving him a few last minute pointers.
A classic 80s track soundtracking the battle Dustin is facing as he tries to find a suitable lady to woo. Pat Benatar is still recording and touring. She first rose to fame in 1979 with her debut album In The Heat of The Night. Love is a Battlefield came from Benatar's 1983 live album 'Live From Earth', though it is a studio recording.
Olivia Newton-John – 'Twist Of Fate'. Steve sees Nancy in the school hall as he prepares to drive off. Dustin struts in and facing a barrage of abuse about his new hairdo.
Olivia Newton-John's career has always been somewhat overshadowed by her performance as Sandy in the film of Grease, but she has enjoyed an extensive recording career. This track hails from 1983. Ironically, the film was used on the soundtrack to Two of a Kind, in which she co-stars with her squeeze from Grease, John Travolta. Unfortunately, the couldn't re-create that Grease magic and the film was pretty much universally hated.
Cyndi Lauper – 'Time After Time'. An 80's school disco slow dance classic. While everyone is pairing off inside, apart from Dustin, Hopper offers Joyce some words of comfort outside, and a smoke!
Cyndi Lauper is still best known for her feminist anthem Girls Just Want To Have Fun. That track, like Time After Time, is taken from her 1983 album She's So Unusual, and album that eventually produced seven singles.
If you're looking for a definitive 80s love song with a beautiful melody, this is it.
The Police – 'Every Breath You Take'. Hopper gives Joyce a shoulder to cry on, and Eleven makes it to the ball!
Cast your mind back to a time before Sting was known for trying to save the rainforest, play the lute and have tantric sex for many hours at a time. He was a member of the band The Police and wrote some fantastic songs. Every Breath You Take is thought by many to be the signature song of Sting and The Police, although on the surface it's a love song, the lyrics are more about jealous infatuation and possessiveness.
What tracks did the original soundtrack composers Kyle Dixon and Michael Stein come up with for Episode 9?
'Levitation' – Eleven using her powers to close the gate.
'What Else Did You see?' – Joyce ask Eleven what she saw in her visions as El checks in on Will.
'Symptoms' – The group come up with a new plan to save Will when Joyce remembers what Will had said about the 'virus' preferring the cold.
'Never Tell' – Hopper finds Dr Owens still alive but injured on the stairs. He mentions the doc might want to consider helping about Eleven after all she's done for everyone else.
'The Hub' – Down in the tunnels, the gang reach the hub and soak it in petrol.
'Crib' – Will wakes up from his suffering, now free, and is given a group hug from Joyce and Jonathan.

On To Season Three

Your energy levels will be off the scale, and it could fall to your partner to grab hold of you and pull you down to earth with a thump. You need some fun and recreation, but you do have to... Read More

A Slamming Door - Proof Of The Paranormal Or Just A Breeze?