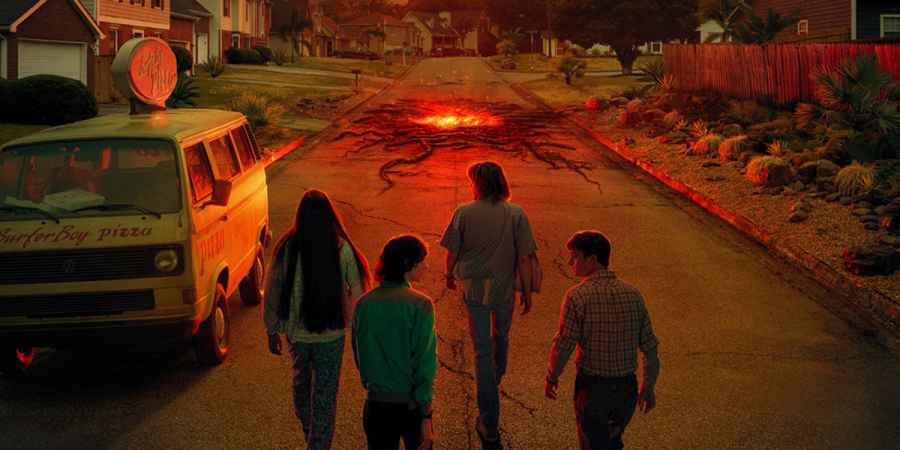 It's been two and a half years since Netflix brought us any new adventures in Hawkins, Indiana, but the wait is almost over. The show's creators have revealed that the next season of the much-loved supernatural series will be split into two volumes with the first landing on May 27.

Matt and Ross Duffer broke the news in a letter to fans posted on Netflix's social media channels. The letter reassured fans that they wouldn't have to wait long for the second half of the fourth season, which will premiere on July 1. The letter also included some huge news about the show's future and its fifth and final season.
It was July 4, 2019 when we were last enthralled with new episodes of the hit supernatural series. The third season came to an end with Hopper and Joyce bravely fighting their way into the Russians' secret bunker under Starcourt Mall an an attempt to put an end to the Russians' attempt to re-open the gate to the deadly realm that is the Upside Down.
Finally, today Netflix revealed that the series will return, but season four will be split into two parts. The Duffer brothers wrote, "Volume One will release on May 27; Volume Two will release five weeks later on July 1." 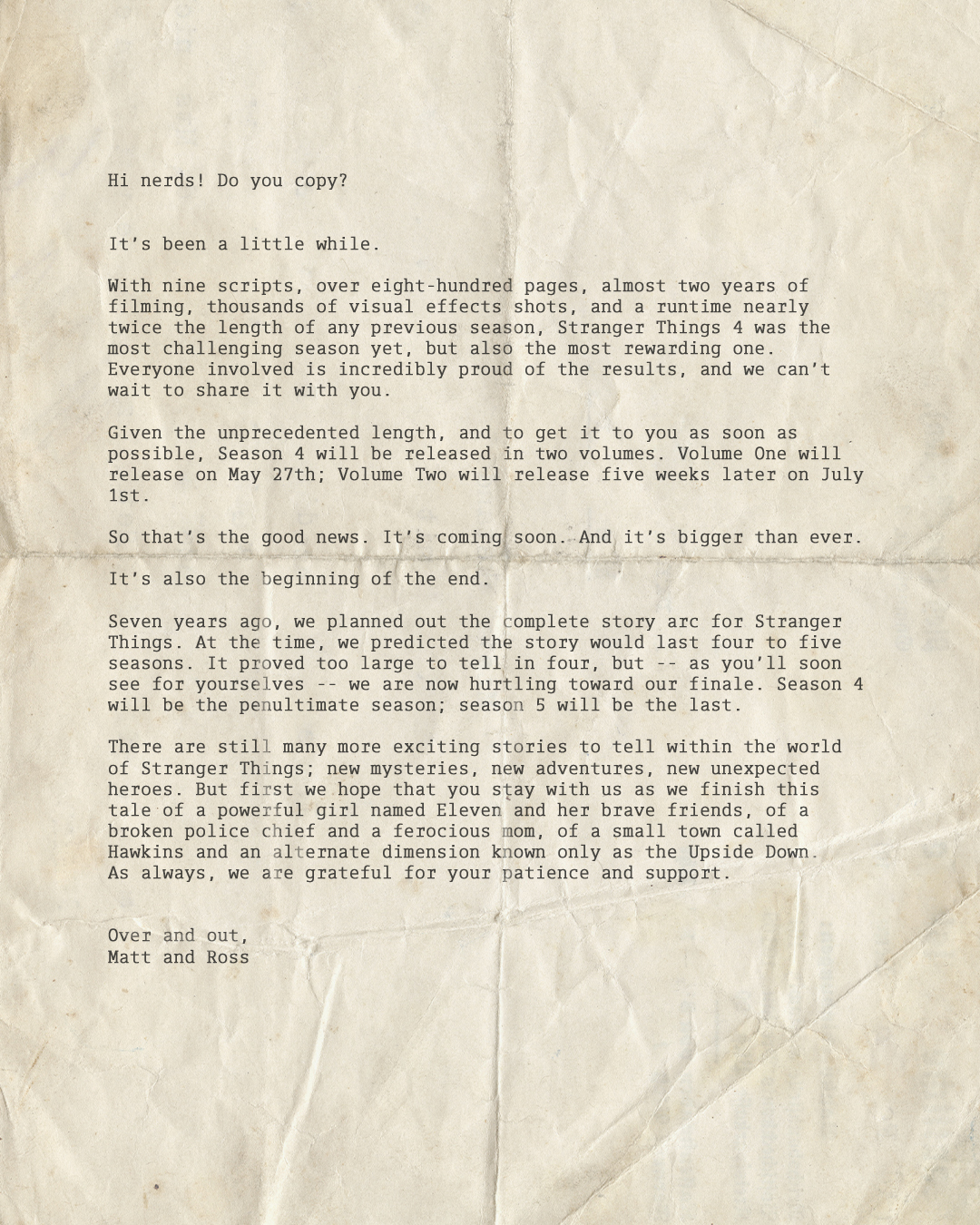 The letter read: "With nine scripts, over 800 pages, almost two years of filming, thousands of visual effects shots, and a runtime nearly twice the length of any previous season, 'Stranger Things 4' was the most challenging season yet, but also the most rewarding one. Everyone involved is incredibly proud of the results, and we can’t wait to share it with you."
The Duffers continued: "Given the unprecedented length, and to get it to you as soon as possible, Season 4 will be released in two volumes. Volume One will release on May 27; Volume Two will release five weeks later on July 1. So that’s the good news. It’s coming soon. And it’s better than ever. It’s also the beginning of the end."
Other than what appeared to be the demise of Hopper, the story was wrapped up nicely at the end of the third season. Although we saw the gang go their own separate ways, it was inevitable that something would bring them back together for at least one more adventure.
The action will pick up six months after the epic Battle of Starcourt, which brought terror and destruction to Hawkins. Struggling with the aftermath, the gang of friends consisting of Mike, Will, Dustin, Lucas and Eleven, are separated for the first time.
The kids find themselves navigating the complexities of high school, something which will be especially tough for Eleven, who is now living like a normal kid in California with Will and his older brother, Jonathan. Presumably their mother Joyce adopted Eleven in Hopper's absence.
In this most vulnerable time, a new and horrifying supernatural threat surfaces, presenting a gruesome mystery that, if solved, might finally put an end to the horrors of the Upside Down.