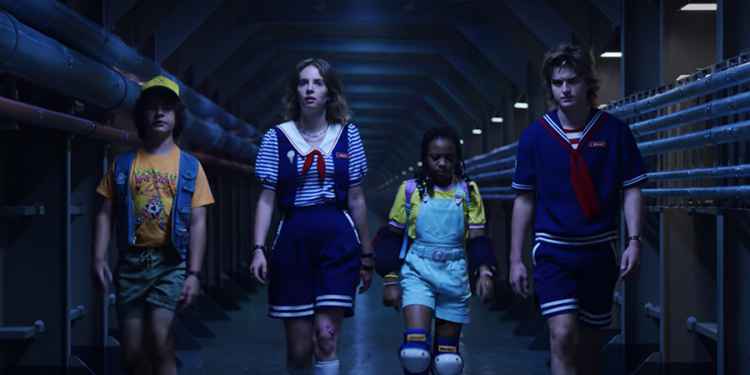 Is it too soon to talk about Stranger Things 4? We don't think so. After all, we already know there is almost certainly going to be a fourth season of the Duffer brothers' hit supernatural series.
Even before the third season was officially announced by Netflix, the show's creators not only hinted that a third will happen, but also a fourth season. However, it's not yet been announced that Netflix have green lit the project.
Ross Duffer announced the news in an interview with Vulture saying, "we're thinking it will be a four-season thing," but it could even end up being five seasons long.
Netflix announced a second season within a few months of the premiere of the first season, and season three's announcement came less than three months after the previous season started streaming. So, an official announcement can't be too far away - perhaps before Halloween.
The series follows the story of a group of friends from Hawkins Middle School as they uncover the weird goings on in their town and has been likened to a cross between 'The Goonies' and 'Stand By Me'.
Netflix are very secretive about their viewing figures but some reports estimate that the first episode of the second season pulled in a massive 15.8 million viewers in the US alone. Which means Netflix would be mad not to renew it, besides, there's plenty more story to tell.
Although the story was wrapped up nicely at the end of the season and the gang went their own separate ways, you can be sure Hawkins has at least one more surprise up its sleeve that will bring the brave kids back together for a final adventure.
The third season left us with many unanswered questions. Just the post-credits sequence alone has got us scratching our heads. The sequence showed us another secret bunker. This time in Kamchatka, Russia, where we see two guards in military uniform. As one of the guards goes to open a cell door, the other says to him "No. Not the American," revealing that the Russians have an American prisoner in captivity.
The guards then grabbed a prisoner from the neighbouring cell drag a prisoner from a cell and feed him to a demogorgon that they are holding captive in the base. This has left us wondering...

There's a fan theory doing the rounds that Hopper didn't die in season 3 in what seemed to be a fatal explosion at the end of season three.
Season two came about 11 months after the first, but then we were forced a year and nine months for the third season. Let's hope that since the Duffers have been planing season four for as long as they have season three that they'll be back behind the cameras soon and that we won't have to wait too long for another trip to Hawkins.