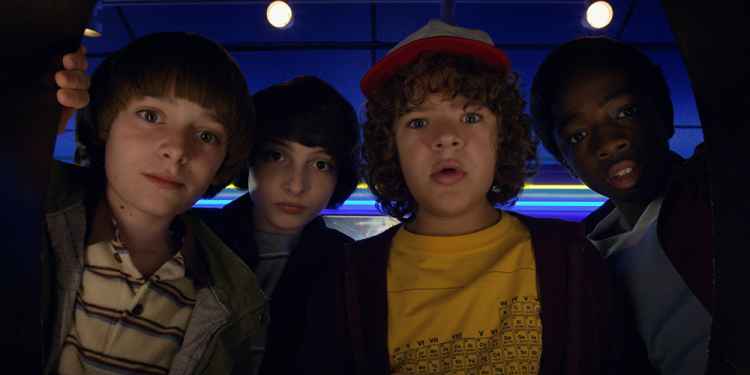 As the fourth season of 'Stranger Things' edges even closer, we head back to 2016 with a reminder of the action that unfolded in the second season of the Netflix series.
It's been two and a half years since Netflix brought us any new adventures in Hawkins, Indiana, so you might need a bit of a refresher before the return of the much-loved supernatural series on May 27.
Luckily, Netflix have a series of recaps for each season to remind us of the story so far. You can check out the first of these here, and if you're ready watch the season two recap below.

In the four and a half minute long clip we are reminded of the aftermath of the first season, Will has returned from the Upside Down and Eleven is missing.
Early on in season two we learn that Will frequently drifts back into the terrifying alternate dimension, where he sees visions of the looming threat that the boys called The Mind Flayer. It soon becomes clear that Will has retained a link to the darkness that lurks in the Upside Down, and it is growing and spreading into Hawkins.
Meanwhile, Mike is searching for Eleven who vanished at the end of the previous season, but is unaware that Hopper is now taking care of her in a cabin in the woods. Hopper is also getting deeper into the mysteries of Hawkins, spurred on by conspiracy theorist, Murray Bauman, who suspects their is a Russian spy presence in the town.
Mike, Lucas and Dustin come together with Nancy, Jonathan, Steve and newcomer, Max, to try to put an end to the encroaching threat of the Upside Down, while trying to avoid the town's new bully, Max's older brother, Billy.
Now seemingly possessed by the Mind Flayer, Will signals to his mother, Joyce, that they need to close the gate to the Upside Down. Joyce and the new man in her life, Bob, break in to Hawkins National Laboratory with Hopper and Eleven. Sadly, Bob doesn't last long, but his sacrifice allows Hopper and Eleven to head deeper into the lab where Eleven uses her psionic abilities to close the gate and save Hawkins, which also breaks Will's link to the Mind Flayer.
The season ends with the gang enjoying an end of term ball, where Eleven and Mike share their first kiss. Things might seem peaceful, but a final shot of the Mind Flayer still lurking in the Upside Down tells us that there's more action to come in Hawkins.