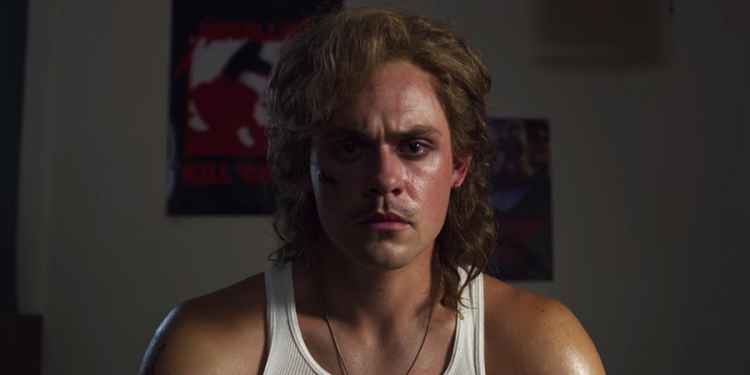 Still trapped in the Russian's secret bunker beneath the mall, Dustin and Erica stage a daring rescue to free Steve and Robin and Eleven ventures into Billy's mind to try to find "the source". Meanwhile Dr. Alexei tells Hopper, Joyce and Murray what the Russians have been up to deep under Hawkins.
Spotted any 80s references in Stranger Things season three we've missed out? Let us know in the comments at the bottom of the page.

When Nancy is being attacked by the mind flayer, it reminded us of the xenomorph attacking Ripley in the Alien films, particularly at the end of the first film when Ripley is attempting to leave in the shuttle.

Music: Possum River - 'Stand Up and Meet Your Brother'

During the opening shots of the fair Stand Up and Meet Your Brother taken from Possum River's 1971 album, also called, originally enough, Possum River, the band managed to combine psychedelia and southern rock.

Hopper refuses to get Smirnoff/Alexi a cherry Slurpee and throws him out of Murray's bunker. Playing in the background of this scene is a track from the score of the 1988 Robert De Niro action comedy film Midnight Run. The track is called 'The Wild Ride' and was composed by famous composer Danny Elfman. His score for Midnight Run is of note because it was released the year before his score for Tim Burton's Batman really boosted his profile. Up until this point he was mainly seen as a rock musician who occasionally made music for film, rather than the full on soundtrack composer he later became.
Midnight Run is a popular film with screenwriters, very funny, lots of great dialogue, give it a go if you haven't already.

When Hopper explaining that Smirnoff/Alexei won't escape another track from the Midnight Run soundtrack plays - this one is called Package Deal.

When Dr. Alexei decides not to escape and start the car at Murray Bauman's hideout, this song is playing. Taken from their Break Out album of 1983, of particular relevance here is that the same track is used during a car chase scene in the Eddy Murphy film Beverley Hills Cop, released in December 1984. The track got to number 6 in the USA, and 31 in the UK.

Erica and Dustin have a nerd off about the dreadful plastic pony toys that were hugely popular amongst, mainly girls, it has to be said, during the early 80s.

Hopper is described as a 'fat Rambo'. You're no doubt all familiar with the Sylvester Stallone series of Rambo films, where he plays one man, Vietnam vet killing machine. The five films started with First Blood in 1982 with the most recent being the cunningly titled Rambo: Last Blood which was out earlier this year. There are several parallels with the character, they're both brave, resourceful and strong characters, but yes, we'd have to agree that Hopper has a few more pounds on his than Sly.

A Russian doctor gives truth serum to Steve. Scary doctors administering a truth drug from a scarily huge syringe pops up in all manner of places. For our money, one of the better examples is from True Lies (1994), directed by James Cameron and starring Arnold Schwarzenegger as an undercover government agent. You'll also see similar scenes in 2018's Ant Man and the Wasp, Mission Impossible: Rogue Nation (2015). And what about in the original Star Wars, when Princess Leia is being held prisoner on the Death Star, a syringe of something nasty sticking out of some kind of torture device gave us all the creeps back in the day.

Surely it can't be coincidence, can it, that the evil doctor who injects the truth serum into Steve and Robin is called Zharkov whilst the doctor who gets drugged and his mind wiped in the 1980 Flash Gordon film was called Zharkov?

When we saw Eleven in front of the television, we couldn't help think of Poltergeist in these scenes. The 1982 film, produced by Spielberg but with his fingerprints all over the look of the film also, featured scenes where evil spirits where able to talk to a young girl through a TV which apparently only had static showing.

When Eleven is looking at the Lucky Charms cereal box and has a flashback to her mother Find The Source by Kyle Dixon and Michael Stein is heard.

When Eleven visits Billy, there's a poster in the wall behind him in 'virtual space'. This poster is the album artwork from Metallica's debut album Kill 'Em All released in 1983. Although initially a slow seller, peaking at 66 in the US charts and 142 in the UK, Kill 'Em All has been. Slow burner, becoming triple platinum (3 million) in the USA and selling over 100,000 copies in the UK. The album is acknowledged as a prototype for the speed metal sound, introducing fast percussion and 'shredding' to the mass market.

Only glimpsed, but we spotted an MC5 poster on Murray's wall as he's frantically trying to clear away evidence after Hopper rings the government hotline. MC5 were an American rock band, originally active from 1964-1972 and are seen as having very strong anti-establishment lyrics, and were a key part of the whole counter-culture uprising of the 1960s. They'd therefore be the perfect band for Murray to be into.
Also, Bauman has a Robert Crumb keep on Truckin' poster on his wall. This artwork was originally seen in the first issue of Zap comic published in 1968, and again, was popular with the counter culture/hippie movement in the USA. Crumb is a very famous cartoonist who is still active, if you want to find out more we'd recommend watching the documentary Crumb.

The music playing as Murray clears away his evidence is another rock track taken from the Midnight Run score, this is Stairway Chase. It's definitely worth watching this film if you haven't already, and this is prompting to us to go and seek out the score. Great to see tracks like this getting a new lease of life thirty years after they were originally scored and recorded.

The track playing as alert sounds in bunker and Dustin rushes in is Moonlight Forest from Akio Dobashi and Annie Haslam, taken from the 1994 album Fox.

When Eleven is going 'down a level' while trying to locate the source of the mind flayer in Hawkins it brought to mind the 2010 Christopher Nolan film Inception, which stars Leonardo DiCaprio as a professional thief who can infiltrate the subconscious minds of people, and access 'dreams within dreams' in their minds, moving up and down different levels of consciousness in the minds of his targets.

The scary music playing during the Eleven and Billy's meeting, and onto the end credits is from Philip Glass, it's a piece called Satyagraha Act II: Tagore taken from an opera Glass composed in 1979. Glass is famous for composing music that makes heavy use of repetitive structures of loops. His music is regularly used on film soundtracks, in addition to Glass being asked to create scores for films. You may have heard his music in Candyman, The Illusionist, Fantastic Four, Watchmen and even the Alan Partridge film, Alpha Papa.

On To Chapter Seven 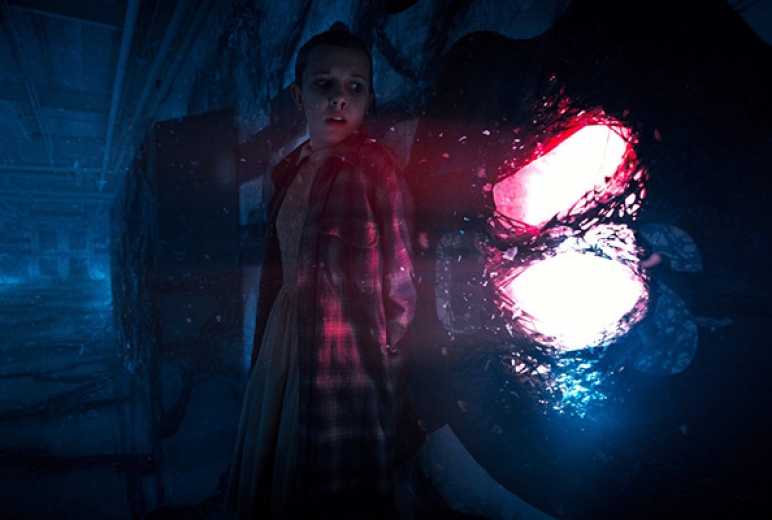