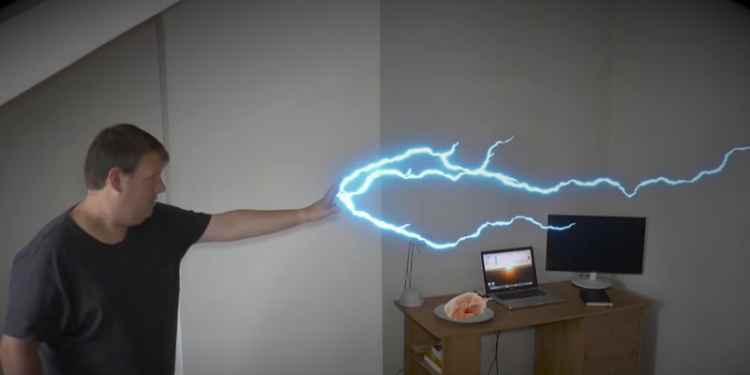 My potions have allowed me to give myself some amazing superhuman powers, everything from invisibility to ice power and even the power to fly. Here's my most popular superhuman power potions.

In this video I showed you how to make an enhanced ice power potion that will allow you to freeze water with just a touch. You'll need a cauldron and the following ingredients...
- An Alaskan snowball
- Liquid ice
- Ice cubes
- Petrified snowflakes
- A snowman's nose
- Dried skin of an yeti
Collect some of your potion in a glass and drink it, you'll instantly get ice powers.

If you'd like spidey powers like Peter Parker, then this potion could help. First take your cauldron and coat the outside in lard for protection. Then clear the room of evil forces using burning sage.
Next pour 14.2 centimetres of water into your cauldron, then drop in one ripened household cherry,12cm length of pontipride cobweb and then you'll need to add a catalyst to your potion, I'm used a radioactive plutonium rod.
Put the lid on your cauldron and wait for the cauldron to vibrate violently and then remove the lid and inhale the toxic fumes.
Your powers should start instantly and you can use them to make the world a better place by shooting web from your wrists like a spider and climbing walls.

This video featured a potion to give you the power to be able to see in the dark, you'll need the following ingredients...
- Water
- A carrot
- A hedgehog's spike
- Thelyphonida vinegar
- Grey wolf milk (gwilk)
Stir your mixture well and then turn out the light, after a while your potion should start to glow, once it does scoop some into a cup. Then drink the potion and instantly your vision should shift allowing you to see in the dark.

This is how to brew an aerokinesis potion to give you the power to control air via your mind, it can be brewed using a few simple ingredients...
- Trioxifated water
- Beans
- Elephant’s gas
- Ginger berry juice
- Powered rhino hoof
You'll then need to hollow out a potato to make a simple cup. Pour some of the potion into the potatocup, sprinkle in some salt and drink it.
Within about an hour you should start to feel a strong mental connection to the air around you and you’ll soon start to be able to manipulate using your mind.

In this video I'm going to show you how to make a potion to give you the power to control water. You'll need the following ingredients...
- Crystallised ocean water
- A purple hydron dumple
- A bottle of Sodium Acronym
- Two dungle berries.
- A lumpton leaf.
Stir your mixture well and then drink. You should soon start to notice you can move water. After a little practice you'll be able to summon water. Eventually you'll be able to make water perform complex movements for you.

Luckily Earth orbits a yellow sun which is a great source of power, and "potion 9475" from the advanced potion making book will enable you to harness this power. For this potion you'll need an empty jar, half fill it with water and then drop in one Sháron Stone. Next pour in about 0.0.46 cubic grams of ground hyrdradecadumtetraoxilithicpolymolydollyglutaglycerichextradoxium, and finally add in one scoulderoy of blaze powder. Seal the jar and gently agitate the potion.
You'll then need to charge the potion with solar energy, you can do this by placing it in direct sunlight. It’ll take about four hours to fully charge or until the potion starting glowing. Then simply drink the potion and you’ll have superhuman strength until sunset.

This potion gives you the power to harness lightning using the following ingredients...
- A lightning stone
- A small piece of crackling
- A pinch of firegrass
- A small bottle of bolt blue
- A thunderslug
Drink the entire chalice of potion and after a few seconds you should start to feel a tingling sensation. Concentrate hard on where you’d like the lightning to strike and summon it.

This potion will boost your dormant telekinetic abilities giving you the power to move things with your mind, such as an iron or dirty dishes. For this potion you'll need your cauldron and the following ingredients:
- Water
- A jar of beetle guts
- Ground tiger teeth
- Fudge flies
- Baby dragon's stomach
Then glug down a gob-load of the potion to infect yourself with your new powers.

To make a potion to give you fire powers first place your cauldron on a heat proof mat and then add the following ingredients:
- One bottle of Danny McDog's Spicy Sauce
- A fire stone
- Fiery tear drops
- Pienaar's crunch
- A lit match
Use a non-flammable spoon to fill a non-flammable cup and drink the potion. Your powers may take a few minutes to kick in and you'll need to concentrate hard, the best way to practice is with a sheet of screwed up paper. Simply touch the paper to ignite it.

Have you ever wanted to fly like Tinkerbell or a penguin? Well here's a potion to make your flying fantasies become as true as lemonade. This potion is easy, all you'll need is....
1. A litre of milk
2. A feather from a bird called Gary
3. A handful of tawnymoth weed
4. Five magic beans
Serve your potion with a slice of lemon and drink immediately. Your wings will develop within three or four minutes, they may be small and weak to start with but will grow and strength over time until you have the power to fly like a Boeing 29-7.
Tags:
potions