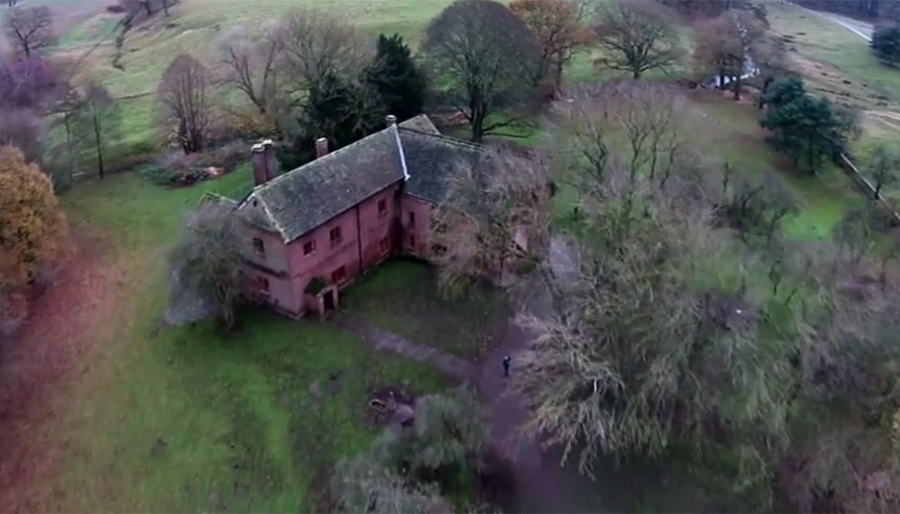 In this week's Most Haunted, Yvette Fielding and the gang return to a location that they first visited in the ninth series of the show, back in 2007, accompanied by Carol Thatcher.
The Old Hall sits within the grounds of Tatton Hall, in Knutsford, Cheshire. The whole park is now a tourist attractions and the 15th century Old Hall is a listed building. The great hall was the original part of the building, but Sir Thomas Egerton, Lord Chancellor Ellesmere, owned the property from 1585 and add to it, creating the house we see today.
The building remained in his family until 1958. Over the years, many families have lived in the house, most of them employed by the main hall. 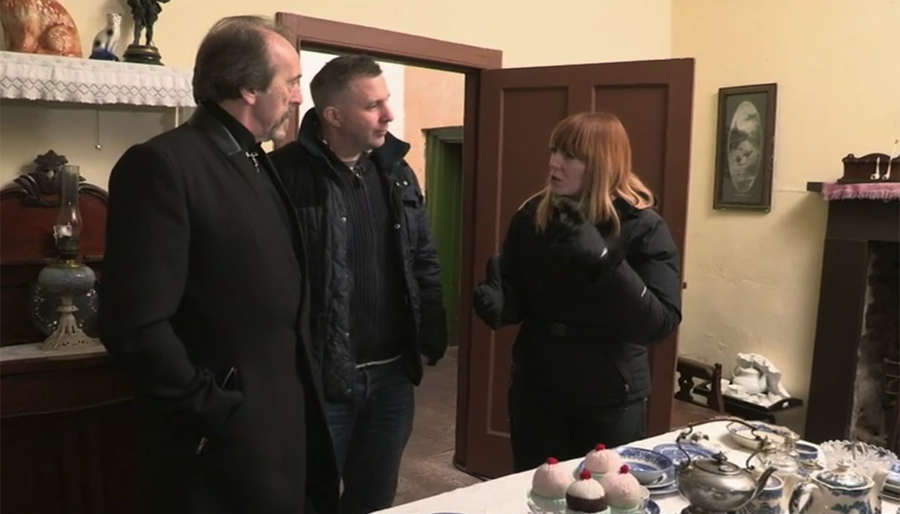 A very negative entity is said to reside in the Old Hall. The show's demonologist, Fred Batt says, "the building is said to be haunted by a number of female spirits. But, there's also a male entity, a very powerful one, called Tom, who was at one time a poacher." "very violent person, was violent to his wife, and then drank himself into an early grave."
Yvette, who has investigated the house a total of four times, said "it's one of the most haunted locations I have ever investigated," she added, "it always delivers." Put resident skeptic, Glen Hunt thinks Yvette's past experiences here might influence here on this investigation, he suggest this memories are putting her "in the frame of mind to expect certain things to happen and I think you're going to have to dismiss everything that's happened before and look at it with a fresh pair of eyes."
In the main hall, the original 1490 part of the house, visitors and staff have reported a strangling sensations, almost as if a rope was being gradually tightened around their neck. Others have heard a guttural moan in this part of the house. Glen thinks these experiences might be psychosomatic as the stories of haunting are well publicised and people may be expecting these things to happen.
In the Victorian dining room poltergeist activity is common, the team experienced items being thrown here on a previous visit, and it didn't take long to start up again. On the initial walk around they were interrupted by what sounded like something smashing and moments later a small tin was thrown.
As the house is a tourist attraction, the rooms are maintained to look how they would have in different time periods. In a 1950s-style living room, Yvette, Glen and Fred heard knocks and started calling out to the spirits.
The upstairs of the house is where many people have reported hearing loud knocking and footsteps, and the team experienced a loud knock too on their walk around when a wooden door knob fell on to the floor from an unknown source. 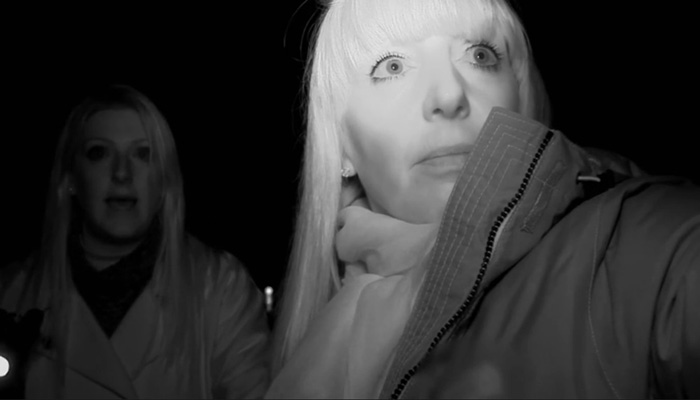 With the lights out, the team started their investigation and it was Yvette and Leah Walton who were the first to go it alone in the house. It's the first time I've ever seen members of the team fail to get inside the location. The pair are seen walking across the ground towards the house with Yvette holding the camera.
As they approach the house they hear Eamonn Vann-Harris' EVP equipment going "the mental," as Leah put it, which scared them before they even enter. Reluctantly they edged closer to the front door, but Leah isn't keen, she says, "I'm not sure I can do it, Yvette. Where are you going to go? Actually inside?" That is kind of the idea, Leah, to go inside and investigate.
Yvette opens the door and calls out, "hello" and the EVP machine instantly stopped making any sounded, resulting in the pair fleeing from the house, leaving the front door wide open behind them. In fairness, it was Leah who was running away, Yvette was just trying to catch her to bring her back. 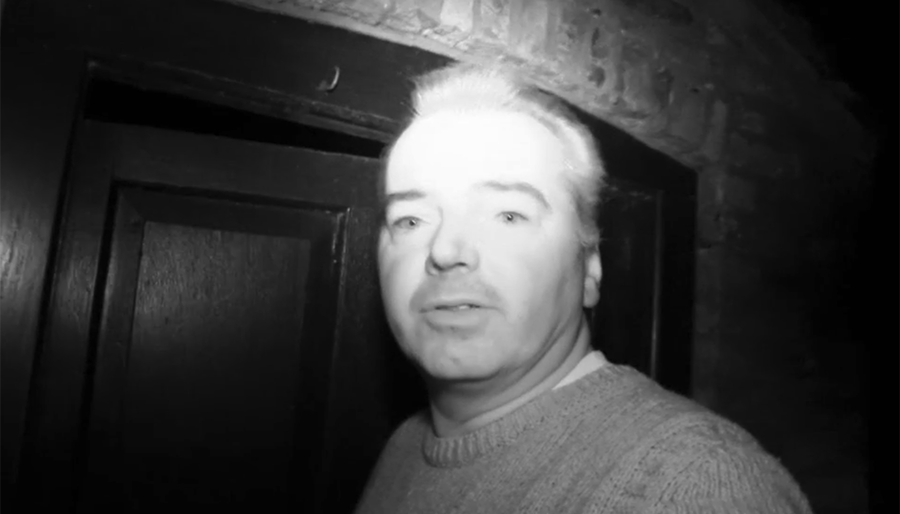 Showing he's a little braver, Karl Beattie made his way into the house alone and began to call out to the spirits, encouraging them to show themselves to him. Pretty quickly he heard a loud bang, coming from the Victorian parlour.
He called out "show yourself to me, I don't mean you any harm," as he finished speaking there was a metallic sound like something being thrown, and moments later he was shaken again when there was a bang, which sounded like a door banging.
Karl called out, "make a noise, move something" and the spirits obliged, Karl heard a bang in the darkness. This resulted in him turning the camera on himself and confessing, "I cannot tell you the fear I have in myself at the moment. I'm going to go back to the crew room," and he too fled the house. 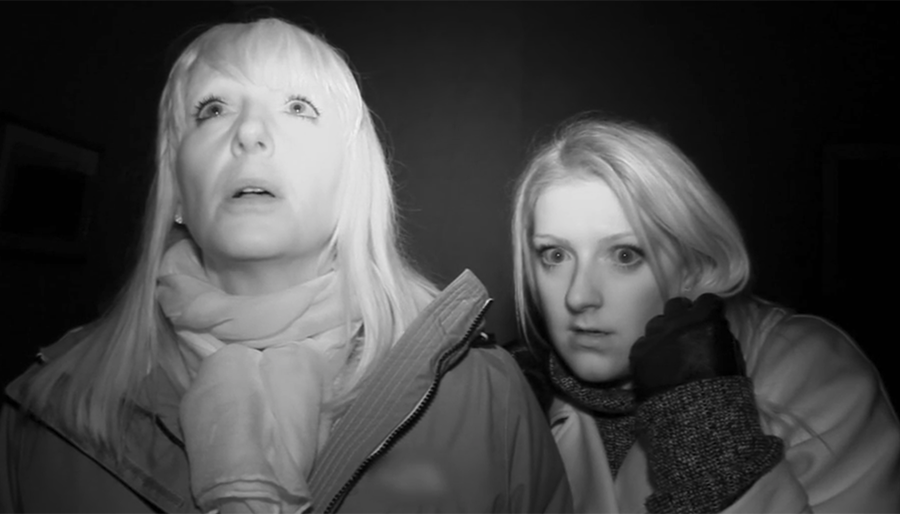 The team return to the house together, Yvette, Karl, Leah, Glen, and Eamonn, with Stuart Torevell on camera duty and sound man Darren Hutchinson. Yvette started calling out in the 1950s room where she heard taps, which seemed to answer her questions, one for no and two for yes.
According to the knocks, Yvette deduced that the spirit was responsible for the strangling sensation that people report. He then confesses to murdering somebody.
They all went quiet, even Leah, as they heard tapping, which Yvette said sounded like a heartbeat. But this didn't last long, everyone got excited when they heard a whistling noise.
The girls then screamed when Yvette through a knife down a corridor to try to encourage the spirits to interact, but the second she threw the knife, a spoon landed on the hard stone floor.
Leah then had a go and threw and spoon down the same corridor, and again as she did a fork landed at her feet. Glen was next to try, he threw a fork, but sadly nothing happened for him. 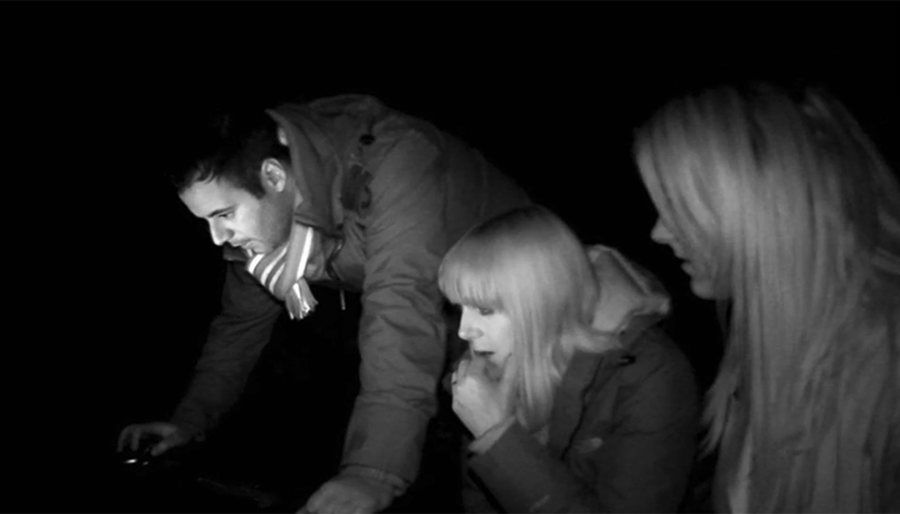 Yvette took Lean down to the cellar with camera man, Gregg Smith, where Eamonn was trying to capture some EVPs on his laptop. After a while they gathered around the laptop to see what had been captured, but it just sounded like garbled, screechy noise. However, the team were sure that the noise was words, "I am wanting to be with you."
Yvette was impressed, she described the audio as "really good," I personally thought it was just a noise. Yvette then asked, "do you want to strangle people?" and a garbled noise was said by the team to indicate "yes". 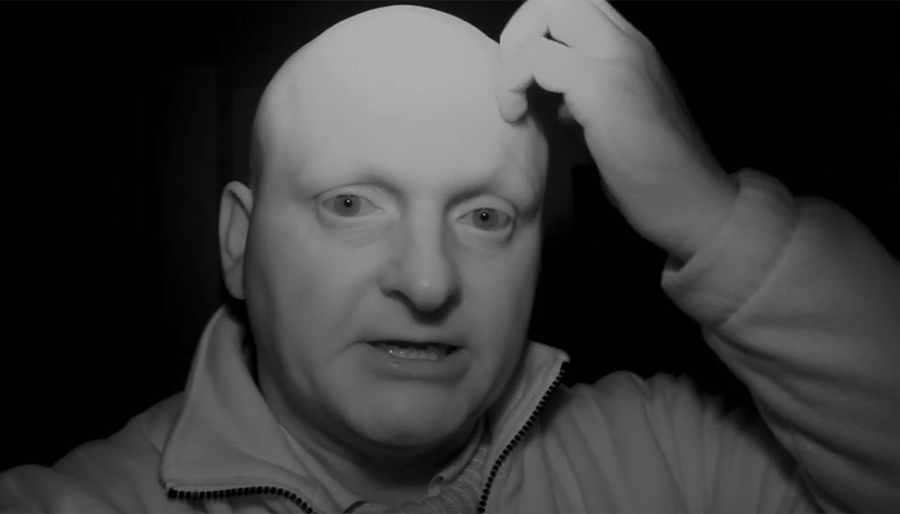 Meanwhile Karl and Stuart floor each, Karl headed upstairs, while Stuart remained on the ground floor. As Karl climbed the stairs he said, "this place really freaks me out. In the daytime it's fantastic but at night it just has a different feel. Around every corner you kind of expect to see something you don't really want to see."
Upstairs Karl experienced a little bit of activity, like odd tapping sounds coming from outside the room he was in, followed by a loud bang, but most of the action was going on downstairs for Stuart.
Stuart heard various knocks and bangs, which he couldn't explain. He then said he heard a whinny sound, "whatever it was was by me, literally I could feel the draught on my ear." He then moved through into the main hall where he said he'd just heard a bang coming from.
As he moved back into main part of the house, he found chair in a doorway blocking his way, "who put the chair there? Can you come forward?" He called out, adding, "that's poltergeist activity." Moments later, the chair fell over on its own, while Stuart panned his camera around the main hall. "That chair has been pushed over, you heard it yourself," he said.
And with that, the investigation came to an end, Yvette's ended the episode by saying, "Tatton Hall will always be one of my favourite locations to investigate, it truly is a haunted building, that in my opinion is up there with some of the most terrifying in the world. It never fails to deliver and tonight was no exception."
For reviews of all of the new episodes, plus highlights and evidence from the shows, and to find out when Most Haunted is on next, visit the Most Haunted episode guide.