For decades there wasn't a kid on the planet who didn't know the names Gomez, Morticia, Pugsley and Wednesday Addams, but since the 90s the franchise has been somewhat dead, but this Halloween the weirdest family of all time are set to return to the big screen.
The creepy clan first appeared as a cartoon strip in the American magazine The New Yorker in 1938, the creation of Charles Addams, a cartoonist known for his darkly humorous and macabre characters.
Since then the family have starred in several of their own television series, including the original black and white 60s show. They've also been the subject of three feature films. Yes... three. You're probably forgetting the 1998 straight-to-video movie 'Addams Family Reunion'.
Throughout the years, they've also been immortalised as animated characters, with cartoon series airing in the 70s and the early-90s. This year for the first time, we'll get to see the Addams in away we've never seen them before, in a computer animated feature film.
Despite the modern animation style, the film actually more closely resembles Charles Addams' original cartoons style than any other incarnation of the characters to date. Bring those famous faces to life are the vocal talents of Oscar Isaac (Gomez), Charlize Theron (Morticia), Chloë Grace Moretz (Wednesday), Finn Wolfhard (Pugsley) and Bette Midler providing the voice of grandma Addams. 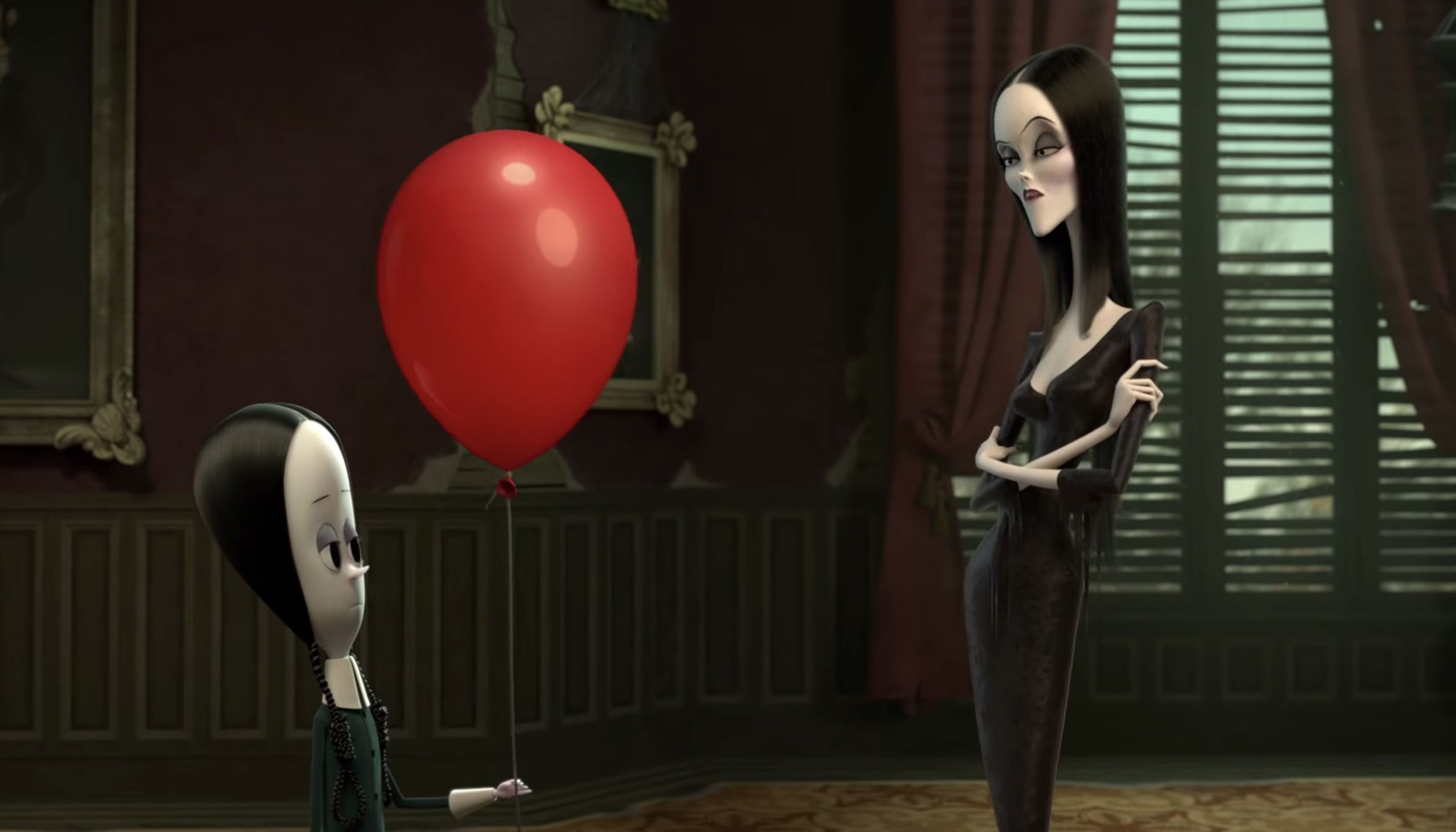 Photo: youtube.com
The teaser trailer for Metro-Goldwyn-Mayer's third computer-animated film doesn't give much away, but features most of the movie's main characters. Including the odd-looking Uncle Fester, played by comedian Nick Kroll.
The trailer also plays homage to the 2017 horror movie, 'It', which features Finn Wolfhard who plays Pugsley. In the trailer Wednesday is seen holding a floating red balloon on a string. Morticia remarks that there's usually a murderous clown attached to the end of red balloons. We're sure our favourite little brunette outcast had no trouble dispatching of Pennywise.
As yet, not much is known about the plot of the movie, which is directed by Greg Tiernan and Conrad Vernon, but we can assume it'll revolve around the quirky family's attempts to adapt to life around  normal people.
The movie will be released worldwide for Halloween 2019, with a UK release date set for 25th October.
Add A Comment
Tags:
moviescomedytopical