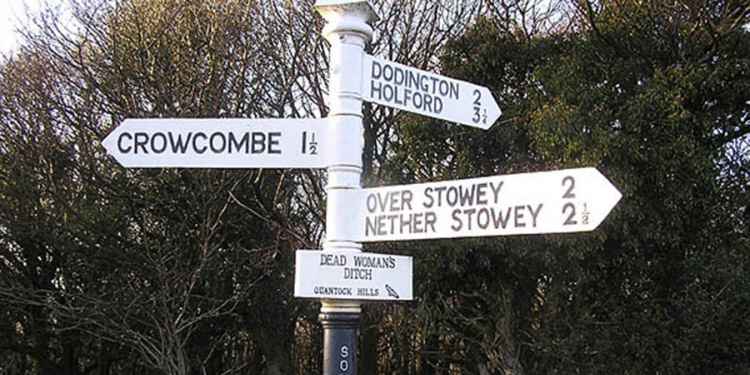 Photo: © Martin Southwood
This is one of those stories that you're sure to see in one of those 'spotted in local paper' Facebook groups. It comes courtesy of Bristol Live who reported about a ghost in an idyllic part of the Quantocks who shouts abuse at passing ramblers.
The incident happened in an area known as Dead Woman's Ditch, which gets its name from a link to a local murder - Jane Walford was killed by her husband John here in 1789.
According to reports from locals, a foul-mouthed phantom haunts the area and has been known to hurl abuse at visitors, often telling them to "f**k off". The 'woman in white', as she is known, might sound angelic, but if the claims are to be believed she's actually an aggressive apparition.
Things have apparently got so bad at Dead Woman's Ditch earthwork, a scheduled ancient monument, that local paranormal investigators Ghost Hunters South West have stepped in to deal with the potty-mouth spook.
Once on the scene at the site near Over Stowey in Somerset, Christine and Dave Thomas, the husband-and-wife team, have been the victim of a string of abuse themselves. Christine says that a disembodied voice shouted threatening profanities at her and rudely demanded that she left - something paranormal investigators call a DVP (Direct Voice Phenomenon).
Dave told Bristol Live, "there is definitely something there. My wife has experienced it for a long time." He says that they have heard two distinct types of voices, "there's the residual memories being replayed which people pick up on without being able to communicate with. Then there are voices you can interact with, which you can have an exchange with, which can answer questions." 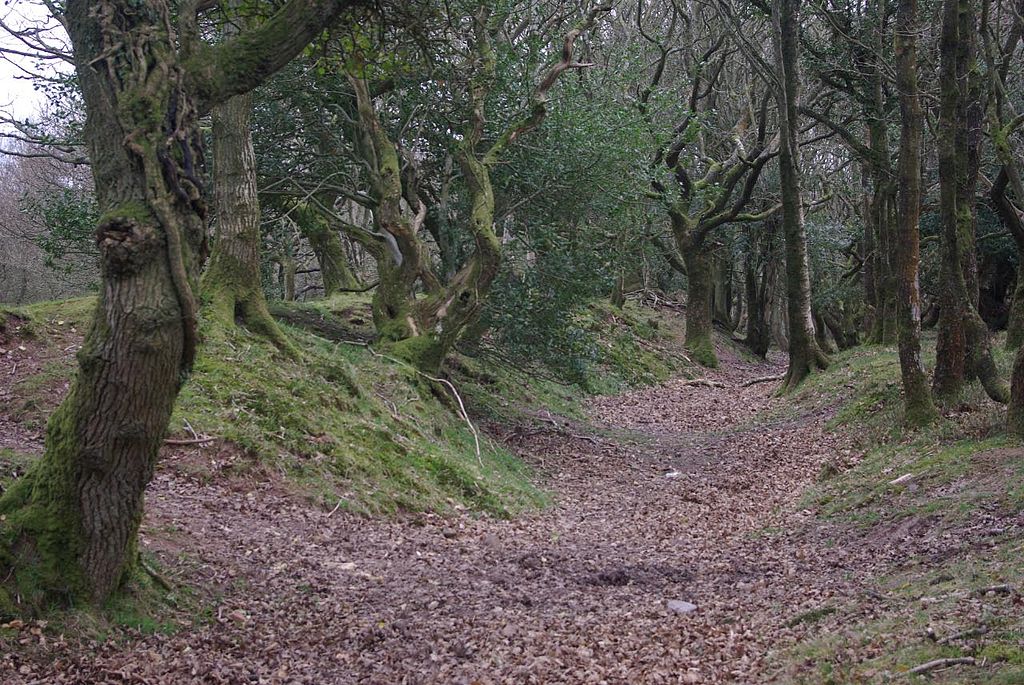 Photo: © Stephen McKay
Reports of strange goings on at the 1km-long bank with a ditch running alongside it date back years. According to paranormaldatabase.com, a website that catalogues historic and current ghost sightings, Dead Woman's Ditch is said to have an unpleasant smell about it: "The smell of rotting flesh that hangs around this area is blamed on John Walford, a local man who murdered his wife - his executed body was placed in a gibbet here. The ghost of his wife haunts the ditch where she died."
The ghost of a man and two different women have also been sighted at the earthwork. The women could be the murder victim Jane Walford from which the site gets its name, plus the spirit of Shirley Walford - another woman killed by her husband and found dead at the location much more recently in 1988.
As for the male spirit, could it be the ghost of one of the killers? Perhaps John Walford from the late-18th century, or John Cannan the perpetrator of the 1980s murder. But since the site is presumed to be of prehistoric origin, perhaps the spirits that haunt it are even older. In fact, even the name predates the two murders, appearing labeled as such on an earlier map.
Tags:
paranormalsomersettopical