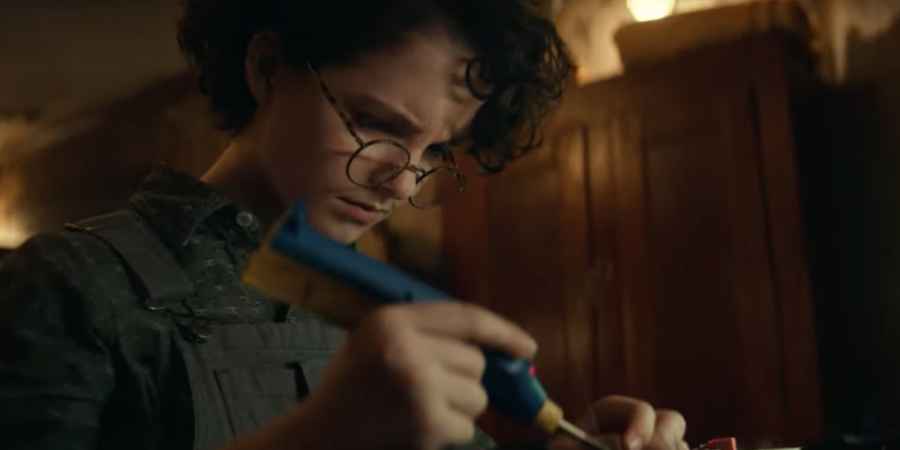 The latest long-awaited movie in the 'Ghostbusters' franchise comes to cinemas in November, but after a surprise screening at Caesars Palace in Las Vegas we now had an idea of what to expect.
The exclusive three-hour presentation was part of CinemaCon event. Those lucky enough to be in the audience have shared their views on the new sequel on Twitter, and it's good news for 'Ghostbusters' fans with reviewers describing the new film as the "best of the series" and "the movie everyone was waiting for since the 80s."
Writer-director, Ben Mekler, who "loved" the movie, tweeted that the 'Ghostbusters: Afterlife' screening "blew the roof off." He added, "this movie meant everything to me - an emotional sequel that is guaranteed to be almost indecipherable to outsiders. This is what the fans have been waiting for."

Surprise #GhostbustersAfterlife screening just blew the roof off #CinemaCon. LOVED IT. This movie meant everything to me - an emotional sequel that is guaranteed to be almost indecipherable to outsiders. This is what the fans have been waiting for. I WOULD DIE FOR MUNCHER

The CinemaCon audience were the first to see Paul Rudd in the role of a school teacher living in the town of Summerville.
The town is also home to Callie, a single mother played by Carrie Coon, and her two children played by Mckenna Grace and 'Stranger Things' star Finn Wolfhard. The kids soon stumble upon the family's forgotten history hidden in their Oklahoma farmhouse, which once belonged to their grandfather, original Ghostbusters Egon Spengler.
The movie will follow the story of the kids, as they battle a series of paranormal events that seem to be emanating from an old mine in the rural town.
Film critic, Scott Menzel. said the movie was the sequel he's been waiting for all his life. He shared his excitement on Twitter, writing "it is nostalgia done right. A perfect blend of classic 'Ghostbusters' moments with a fresh and unique twist for a whole new generation to enjoy."

Ghostbusters: Afterlife is the Ghostbusters sequel that I’ve been waiting all my life to see. It is nostalgia done right. A perfect blend of classic Ghostbusters moments with a fresh & unique twist for a whole new generation to enjoy. I got goosebumps. #GhostbustersAfterlife pic.twitter.com/lOAtbMQedf

Joey Paur, who was also at the screening, shared his thoughts online, "I had the awesome opportunity to watch 'Ghostbusters: Afterlife' at CinemaCon. I'm a huge Ghostbusters fan and I’m happy to say the movie is everything I hoped it would be! It was such a fun film that offered all kinds of fan service and I loved every minute of it!"
Several reviewers picked up on "childlike Spielberg vibes" and described the filming as giving off a 'Goonies' meets 'Ghostbusters' feel, but perhaps more surprising is the number of reviewers who describe the movie as emotional and heartfelt.

I saw GHOSTBUSTERS: AFTERLIFE. Sorry, no review. But what I can say is that it’s the best of the series, full stop. Stupendously well written, not leaning too hard on nostalgia, and telling a story better than even the original could muster. A winner in every sense. #CinemaCon

Although the movie revolves around a new generation of Ghostbusters, the movie is clearly nostalgic with some blasts from the past, Bill Murray, Ernie Hudson, Sigourney Weaver will cameo as their original characters in the 2021 movie.
Austin Putnam tweeted after CinemaCon, "it felt like Jason Reitman's love letter to his father and daughter while making a great Ghostbusters movie of his own."

A trailer that dropped last month shows the kids at the centre of the movie, Phoebe and Trevor, who we learn are Egon's grandkids. Together they uncover their grandfather's forgotten legacy. Their rural home is seemingly packed full of the boys in grey's old ghost hunting gadgets, including PKE meters, ghosts traps, proton packs and even old ECTO-1 rusting in a barn.
These new discoveries look like they'll come in handy as the town they living is undergoing strange seismic activity despite the fact the town has no fault line and is nowhere near a tectonic plate. Before long, the town is overrun by the living dead, despite there being no ghost sightings in 30 years.

I'll say that as someone that had no interest in seeing "Ghostbusters: Afterlife," I was pleasantly surprised and impressed by its heart and incredible acting. Logan Kim's about to become a star. #CinemaCon

Ghostbusters: Afterlife opens only in cinemas in the US on November 11, in the UK on November 12, and in Australia on December 2.