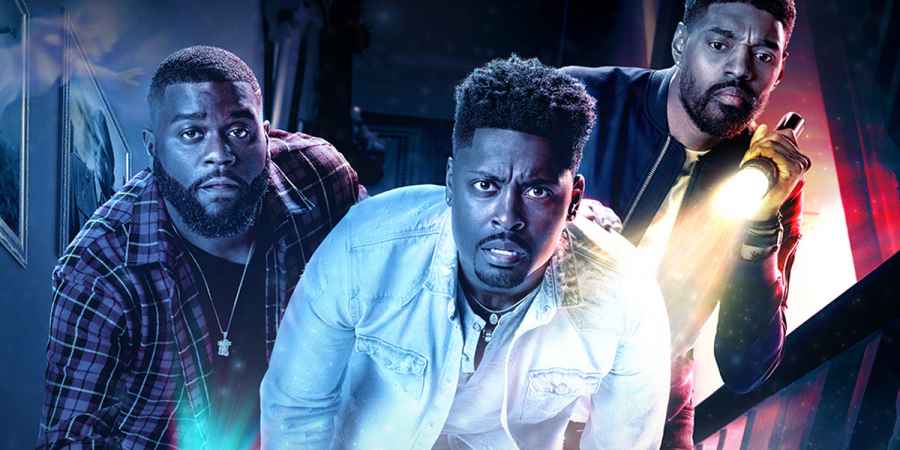 Photo: © Discovery+
Discovery+ have launched their first ever paranormal podcast, hosted by Travel Channel stars, The Ghost Brothers.
The ten-part series will see Dalen Spratt, Juwan Mass and Marcus Harvey tackle some of the most famous and enduring urban legends and myths from around the world.
In the first episode, which dropped on Apple Podcasts, Google Podcasts and Spotify on October 7, the ghost hunters discuss the legend of Bloody Mary, a very old ritual, which is said to date back to an evil, medieval witch by the name of Mary Worth. It's claimed that she shows herself in a mirror to those who summon her by saying her name three times.
The Atlanta-based investigators are best known for their paranormal television series, 'Ghost Brothers', which has seen the three likeable friends, who don't take themselves too seriously, chasing ghosts down together for the last six years. Unlike other paranormal shows, the brothers aren't overly dramatic and have fun while they investigate.
The brothers have a unique story starting with Dalen and Juwan meeting when one was a sophomore and the other a junior at the illustrious HBCU, Clark Atlanta University (CAU), where they were both Kappa Alpha Psi Incorporated. The two would often have random spiritual conversations after Juwan found out that Dalen's mom was a pastor. In 2010, Dalen met Marcus, who was a barber in the CAU, when he started cutting his hair.
The guys' paranormal adventure started when Dalen had a dream that they should begin exploring the unknown. He jumped out of bed, kicked Juwan's door down, and said, "we should hunt ghosts!" By 2011, Dalen and Juwan were filming their own investigations in Atlanta and Savannah, Georgia, and putting them on YouTube. In 2014, they were contacted by a network. Marcus joined them to film the pilot and the rest, as they say, is history.
In their new podcast they will focus on one urban legend per episode, everything from the Chupacabra to Candyman. They'll be enlisting the help of top paranormal investigators, celebrities and friends, and will also dip into listeners' eyewitness accounts and testimonials as they chat about the urban legends that have been around for decades, sometimes centuries, and still haunt us today.
Each of the 10 episodes will focus on one urban legend and feature the history of where it came from and when, plus conversations with experts as they try to uncover the truth behind the myths.
In addition to special guest interviews, the guys will weave rich sound design into the podcast series, plus listener contributions. So, gather around because there's some creepy stories out there, and the Ghost Brothers are ready to scare you.
To watch more from the Ghost Brothers, check out their latest series, 'Lights Out', which premiered on Discovery+ earlier this year. Also streaming on the platform is 'Fright Club', the brothers' collaboration with fellow television ghost hunter, Jack Osbourne.
Tags:
paranormaltelevisiondiscoveryplusghost brotherspodcaststopical