Should We Go Hunting For The Ghosts Of Dead Serial Killers? 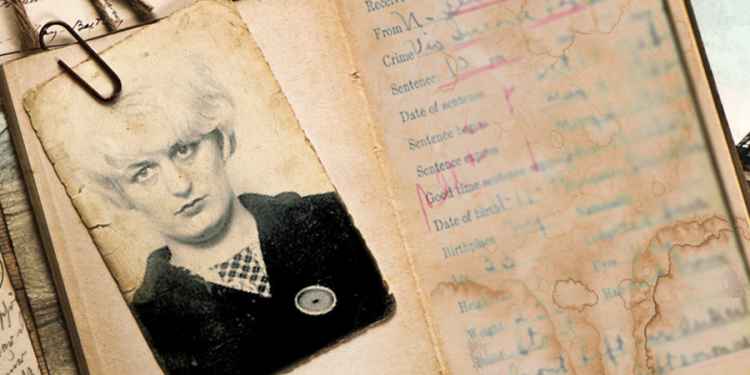 The paranormal world is up in arms again this week, this time because a YouTube paranormal investigation duo have promoted an upcoming live stream by using the name of infamous moors murderer, Myra Hindley.
The stream is being hosted by Project reveal - Ghosts of Britain's Lee Steer and Linzi Sheeran and is due to take place next week, but many in the paranormal community feel it's in poor taste to piggyback such an event on the infamy of a convicted killer.
When Ian Brady died in May 2017, I wrote "I wouldn't be surprised if a paranormal investigator intentionally tries to contact the deceased murderer in order to further their career or to 'help' find the remains of Keith Bennett." Does this make me psychic?
The move has got many in the paranormal community debating the ethics of such an association with a killer, after all some of the most famous haunted places in the UK are the sites of brutal murders, multiple killings, or shallow graves - a lot of these stories include the untimely death of children.
For example, the infamous 30 East Drive in Pontefract, where the spirit of a black monk has tormented residents and visitors to the house. The monk was sentenced to death for the rape and murder of a local girl during the reign of Henry VIII.
Ghost stories are built on grim stories like that of East Drive, the difference between these classic haunting cases and the promotion of Ghost Of Britain's Facebook Live event is that these tales are often based on unsubstantiated claims and are beyond living memory.
However what has lead some to think that the promotion of the live stream crosses the line of what's acceptable is the fact that one of the victims of Hindley and her accomplice Ian Brady's body has never been found, and to make matters worse, there are still living relatives of their five victims.
The moors murderers buried four of their victims in graves on Saddleworth Moor, Greater Manchester, between 1963 and 1965. One other victim has never been found.

Lee and Linzi have addressed the criticism in a video posted to their Facebook page saying that they were contacted by the family of one of the victims who is currently being troubled by a related haunting.
Linzi told viewers, "we have got permission from the one family member that is having problems. So, we don't feel the need to contact any other people."
Speaking about Hindley, she said "I regard her as the most horrific person to ever walk this Earth," but Linzi says that although Hindley is at the centre of the case, "someone contacted us needing help and we're going to help them."
Lee added, "please don't shoot us for doing this, guys, because we are here, purely to help."
However, no one is doubting Linzi and Lee's credentials as good samaritans, the thing that people are upset about is how they're seemingly relying on a connection with one of Britain's most notorious killers to promote their ghost hunting brand.
Addressing this point directly, Linzi said, "[people have seen] that name we've put on, that one name, and you automatically think 'they're going to try and drum her up'." But as the duo have not yet released any more detail on their plans other than the name, this is all be have to go on and is to be expected.
This is exactly why it is dangerous to use a name like Hindley's to promote an event, but the duo has assured their followers that they're not going to be holding a séance on the moor or trying to contact the killers' victims.
It's clear that the way they've promoted this event has rubbed some people up the wrong way, but let's hope that Ghost Of Britain tackle the subject in a more sensitive way when they stream it live on their Facebook on Tuesday 3rd September.

Lee and Linzi aren't the first to make this mistake. It was just a year ago that a paranormal events company used Fred West's name in promotional material for their Halloween event at the Steelhouse Lane lock-up in Birmingham.
West Midlands Police said using the serial killer's name to publicise the event at the former police station was "insensitive", forcing the paranormal company to delete the association with the convicted killer.
The event's organisers were initially advertising that chance to "spend an entire night on a ghost hunting mission in the Victorian lock-up in Birmingham city centre," where guest would get access to the old police cells. According to the marketing material, "these cells were occupied by none other than the original Peaky Blinders, Fred West and many more."
It seems most have learnt from this event, just last week I was on a tour of a haunted prison in the west country. The former guard who was showing us around was quite openly talking about the ghosts that are said to haunt the prison, but there was one grisly detail that he left out until someone on the tour asked, "wasn't Fred West here?"
Perhaps this particular former prison has learnt from Steelhouse Lane and the tour guide simply said, "he was here, but we don't tell people which cell he was in because it attracts weirdos."
Seasoned paranormal investigator, Zak Bagans, has also recently come under fire for a similar faux pas, after announcing a new four-part mini-series based around America's most notorious serial killers.
'Ghost Adventures: Serial Killer Spirits' will air on the Travel Channel in the US in the run-up to Halloween and will follow the team as they explore haunted locations across the country that are associated with infamous serial killers.
While fans are excited about the new series, some within the paranormal community are understandably a little taken-aback by the show's choice of subject matter.
It's not yet known which cases Zak and his crew will tackle, but let's hope he's put some serious consideration into who the show might offend and picks some older crimes.
Wherever or not Ghost Of Britain's live stream will still go ahead is unknown. But, given the amount of negative attention, pressure is on to abandon the plans.
Tags:
paranormaltopical