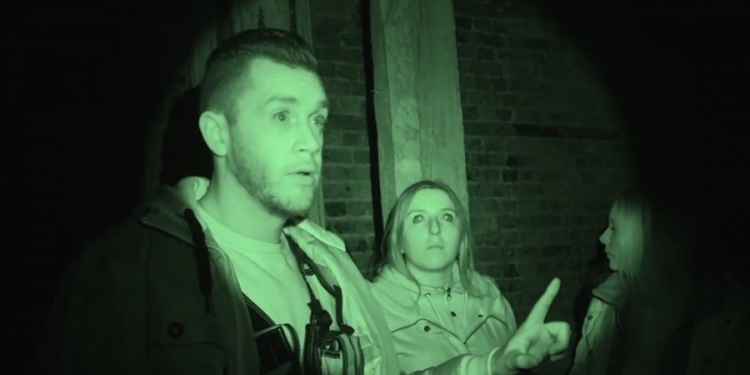 The Haunted Hunts are a paranormal investigation team from the North West of England. The gang is lead by Danny Moss, alongside Rebecca Salisbury-Moss, Emma Dawe, Charlie Rutter, and Roxanne Rutter.
The team's second series, entitled 'Civitas Spirituum' lands on Amazon Prime on March 5th. The six new episodes will follow the team as they investigate claims that Chester is one of the most haunted cities in the UK.
Chester is amongst the oldest cities in Britain, originally a Roman settlement and once one of the busiest sea ports in the country. The historic walled city is now well-known for its high concentration of allegedly haunted locations. So many that Danny has given Chester the label "the city of spirits". Speaking in the first episode of the new series, Danny says "everywhere you turn there is some haunted-style building".
The new series is a little different to other ghost hunting shows. For one thing, rather than being filmed at locations across the whole country, it focuses on the haunted hotspots in Chester, which is quite a good concept and opens the team up to seasons in other famously haunted British towns and cities like York and Derby.
Rather than being you're normal episode-by-episode ghost hunting show, 'Civitas Spirituum' follows Danny and the team as they spend two weeks in the city investigating locations like Chester Rows, Ye Olde Kings Head, the Pied Bull, the George & Dragon, Rowton Moor and Dewa Roman Experience.
Danny is a confident and well-spoken host - perhaps slightly dramatic at times, but that is his own unique character and also nicely matches the overall style of the series. Each episode and the overarching story feels quite organic, and helps build a strong narrative across the six episodes.
The first episode of the series mainly serves to set the scene. Danny and Becki arrive in Chester and head to St. John's church, which lies just outside of the city walls on the north bank of the River Dee. Here they meet Liz Roberts, a local historian. The interview with her is very well executed with some very cinematic shots of Chester dropped in too hold viewers' attention.
Although the episodes feature interviews with local experts and eye witnesses, and behind the scenes footage shot back at the team's hotel rooms, there's still some good solid chunks of paranormal investigation shot in a familiar style using night vision cameras.
The team are well tooled up for their investigations, using an array of gadgets including mel meters, REM-Pods, spirit boxes, the famous paranormal puck, and everyone's favourite... those little flashy cat balls that light up. During their investigation of Ye Olde Kings Head - a location they'd previously investigated - they also use some bespoke ghost hunting tools designed by Paul Rowland, who joined them for the investigation.
They are also armed with audio recorders, and various types of cameras including full spectrum, thermal imaging, and SLS cameras that are able to map anomalies invisible to the human eye and highlight these potential manifestations by showing them as stick figures drawn over the camera's image. 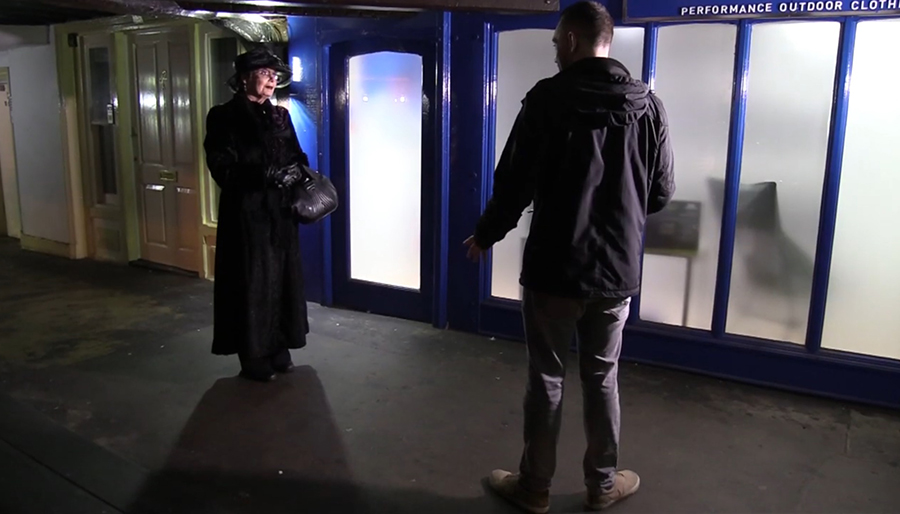 The series gets off to an unexpected and very intriguing start. While initially setting up basecamp in Chester, Danny gets a message from the team's HQ, presumably back at one of Britain's most haunted houses, Tatton Old Hall. Danny is told that a local has got wind that the team were filming in the city and wanted to meet.
Despite sounding very suspicious and not giving any details other than the name Mary Ann Cameron, the team agreed to meet the mystery caller at Chester Rows in the city centre. It was actually quite tense waiting for Danny and the team to meet with the stranger. Even Danny admitted, "I don't like meet and greets with people I don't have a clue about".
The team arrive at night in the creepy-looking Chester Rows, a series of ancient covered walkways that house shops and other businesses, and are believed to have been built on top of ruined Roman remains.
Becki is the first to spot the mysterious Mary Ann, she said "there's a figure in black walking towards us". A very creepy woman in black approached them. Ignoring Danny's greeting she said, "I hear you're researching the ghosts of Chester". Keeping a cautious distance from each other, the eerie informant went on to tell Danny, "I know all the ghost stories of Chester, both the new ones and the old ones".
Mary Ann suggested a few locations that the team should visit and told them "it's the most actively haunted town in the country," tipping them off about multiple ghosts in the rows alone.
The weird conversation ended even more strangely. Danny offered his hand for shaking as a parting gesture, but the woman simply walked off. The encounter was so odd that it wouldn't have been too much of a shock if the woman had just vanished into thin air right in front of Danny.
It was certainly a gripping start to the series and probably not the last we've seen of Mary Anne.
The Haunted Hunts' previous series, 'Behind The Shadows', won them a silver in 2019's Paranormal Entertainment Awards for Best Online Paranormal Show. The series saw the team investigate some of the UK's most famously haunted locations, including Pool Park Asylum, Antwerp Mansion and the infamous Ancient Ram Inn.
The last 12 months have been a busy time for Danny, he was one of four British paranormal investigators who featured in Pick TV's 'Paranormal: Captured'. He also picked up several nominations in the Paranormal Entertainment Awards for Best Male Ghost Hunter and Best Paranormal Evidence for a video clip he caught with his haunted doll, Grace.
If you missed Haunted Hunt's previous series, all six episodes are available to watch on Amazon Prime now.
Tags:
paranormaltopicalamazon primehaunted hunts