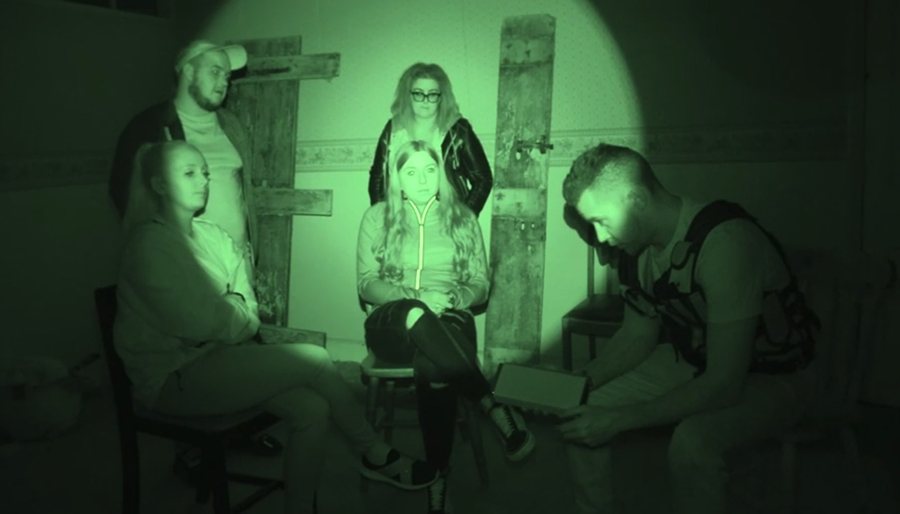 Finally fans of the Haunted Hunts get to see what Danny Moss and the team experienced when they investigated one of Derbyshire's most haunted locations, Codnor farmhouse.
The new two-hour special was filmed prior to the global coronavirus lockdown, but its release was sadly delayed due to the pandemic. Now the scariest vigil the team have held to date is finally streaming on Amazon Prime.
The episode is beautifully shot and produced to a very high standard. The special opens with Danny talking retrospectively about their investigation at an eerie and isolated cottage in the grounds of the now-ruined Codnor Castle. Danny said, "we've all heard the rumours about Codnor Farmhouse, the stories of the witchcraft and rituals that have taken place there."
Upon arriving at what Danny describes as "one of the most atmospheric locations" he's ever been to, he meets Rokia Brown, chair of the Codnor Castle Heritage Trust. Sat in front of a cozy roaring fireplace in the now-abandoned farmhouse, Rokia tells us that the castle was built in around 1190, while the farmhouse - which is the focus of Danny's investigation - was built some time later in the 16th century and was last occupied just 15 years ago.
Danny tells us that Codnor farmhouse is one of the UK's most haunted buildings. He adds, "some are saying that this farmhouse is more haunted than the Tower of London." Something Rokia firmly believes. She told Danny, "the trust have been working on this site, very close up and personal for the last 15 years, and I would definitely say absolutely it is so haunted."
During his initial walk round of the property with Rokia and paranormal investigator Sean Cadman, Danny's excitement and enthusiasm for the location was clear to see. Rokia and Sean, amazed and possibly terrified Danny with story after story of ghostly activity that has been reported in every room of the house, from the boarded up ground floor to the oppressive attic. 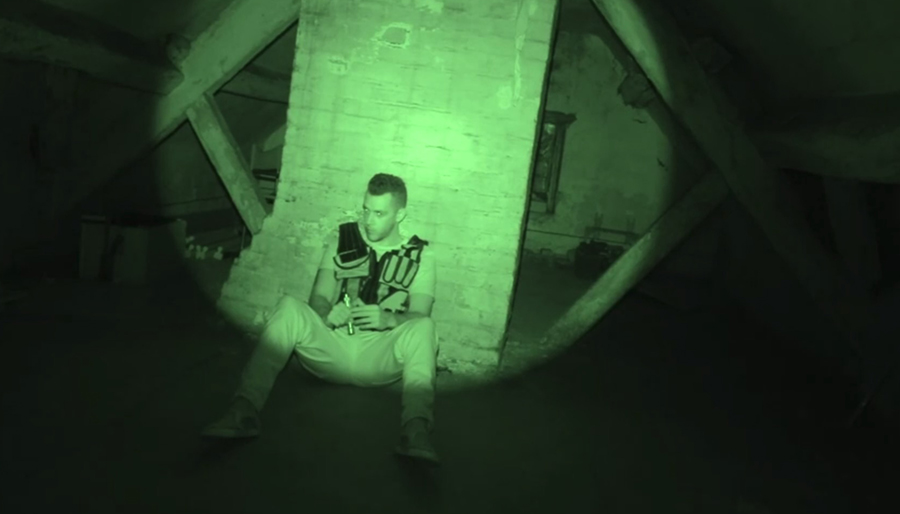 "We weren't prepared for what happened in that house"
Danny Moss
As always Danny is joined by Becki Salisbury-Moss, Emma Dawe, Charlie Rutter and Roxanne Rutter, but with conflicting rumours and varying stories of supernatural happenings, the team had no idea what to expect from the farmhouse as they began their night-long lockdown.
The team had unwittingly found themselves in the midst of a mystery as they attempted to get to the bottom of a haunting, which some witnesses claim is the result of positive spirits roaming the dilapidated cottage, while others think the haunting is caused by something darker and much more malevolent.
The Codnor special was one of the team's most active and explosive episodes to date, with multiple pieces of evidence caught, including unexplained noises, the sound of movement within the house, cries and even direct voice phenomenon caught on camera, plus disturbing visions witnessed with the naked eye.
They also captured evidence using various ghost hunting gadgets including the Ovilus V which is said to allows spirits to communicate using an on-board bank of words, a device called a continuity machine that can detect movement in a room, and a type of spirit box that pumps out a source of white noise into the room in the hopes that spirits might be able to manipulate the sound in order to form words.
After the investigation, Danny said "looking back now, it was just one of the most darkest and surreal weekends we've ever had." He added, "we weren't prepared for what happened in that house. It was absolute madness and I'd go as far as to say that it was our most active investigation ever."
The special follows Danny and the team's recent six-part second season, 'Civitas Spirituum', which  focussed on the historic walled city of Cheshire. They spent the night in six of the city's most haunted locations including Ye Olde Kings Head, the Pied Bull and the Dewa Roman Experience.
Danny has recently teased the team's next series. Not much is currently known about season three and no release date has yet been set, but we know that the action will unfold at Pendle Hill in Lancashire, a legendary haunted location connected to the English witch trials.
You can watch the full two-hour special, The Haunted Hunts 'Codnor Farmhouse', on Amazon Prime here.
Tags:
paranormaltopicalamazon primehaunted huntscodnor castlederbyshire