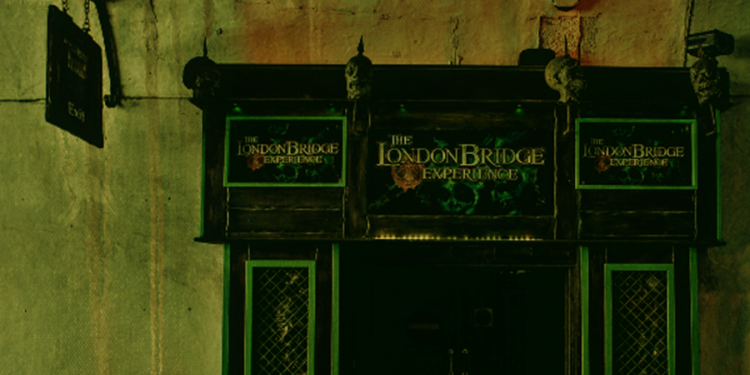 Photo: facebook.com
Eerie model heads of Guy Fawkes, Oliver Cromwell and Sir Thomas More have been stolen from a haunted landmark in an act of vandalism.
The custom-made heads were taken from the Tooley Street entrance of the London Bridge Experience, a popular attraction that claims to be the most haunted bridge in the world.
The vaults and tombs beneath the bridge are said to be haunted, perhaps by the spirits of Fawkes and More as it's claimed that their real heads were displayed on the bridge after their executions. This was commonplace in Tudor times when they used to impale the heads of traitors and criminals on spikes along the bridge.
The theft occurred around 3:30am on Saturday 24th August and the attraction have released CCTV footage that shows a man using a rope to pull the busts off of the wall, before walking away with the objects.
In a Facebook post James Kislingbury, director of the London Bridge Experience, said "we've recently spent a lot of time and money in building a new front of the attraction as well as upgrading our show. As part of this major work three lifelike heads of important historical characters that found themselves on the spikes of London Bridge were custom made to form the centre piece of their new entrance."
In the footage the thief can be seen approaching the attraction and using a lasso to hook himself Sir Thomas More and then after pulling down the whole top of the new facade he bagged Oliver Cromwells head and finally he was caught on CCTV forcing the head of Guy Fawkes off his spike before heading off down the road with him under his arm.
The London Bridge Experience is offering a reward to catch this bold modern-day head snatcher of £400 for the safe return of the heads to the attraction. Anyone with information or knowledge of the whereabouts of the heads should contact the attraction. There's more information on how to get in touch here. 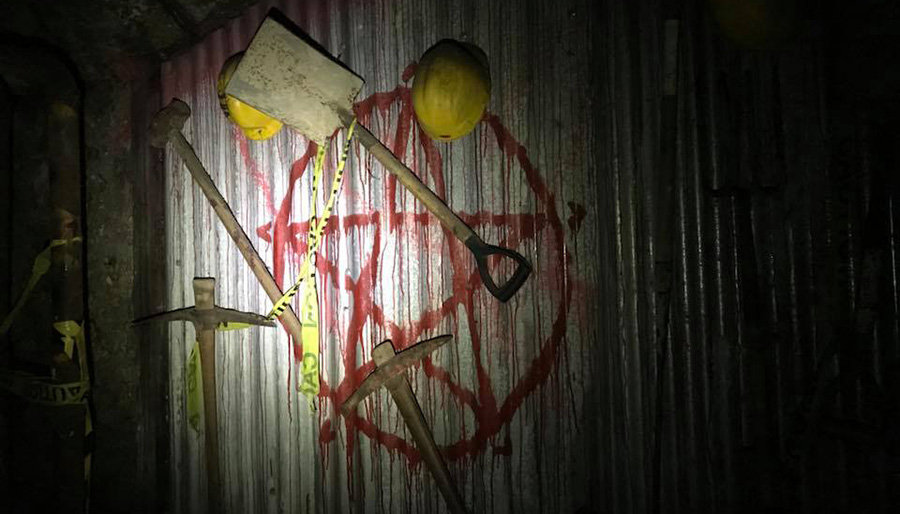 The London Bridge Experience and Tombs is said to be one of the most haunted tourist attractions in the UK. Staff and visitors have reported paranormal activity ranging from unexplained sounds like knocks, bangs and dragging. Through to poltergeist activity in the form of objects being thrown by an unseen force. There's even been reports of dark shadowy figures moving around in the creepy subterranean tunnels.
The tombs were built over a plague pit and many think this could be the cause of the hauntings. The pit, which was discovered in 2007, contains a large number of skeletons that date back to the 11th century through to the 17th century.
Bizarrely, the theft is the fourth in a series of similar but non-related acts of vandalism on haunted properties around the UK. Earlier this month the historic old jail in Derby was broken into and fell victim to criminal damage.
A week earlier Boleskine House, which was where occultist Aleister Crowley once performed black magic rituals, fell victim to arson.
And 24 hours before this came news that vandals had targeted a historic haunted property in Warwick. A stone wall at Guy's Cliffe House was dismantled during the incident and signs were ripped off the building causing damage to its outer wall.
Add A Comment
Tags:
paranormaltopicallondon