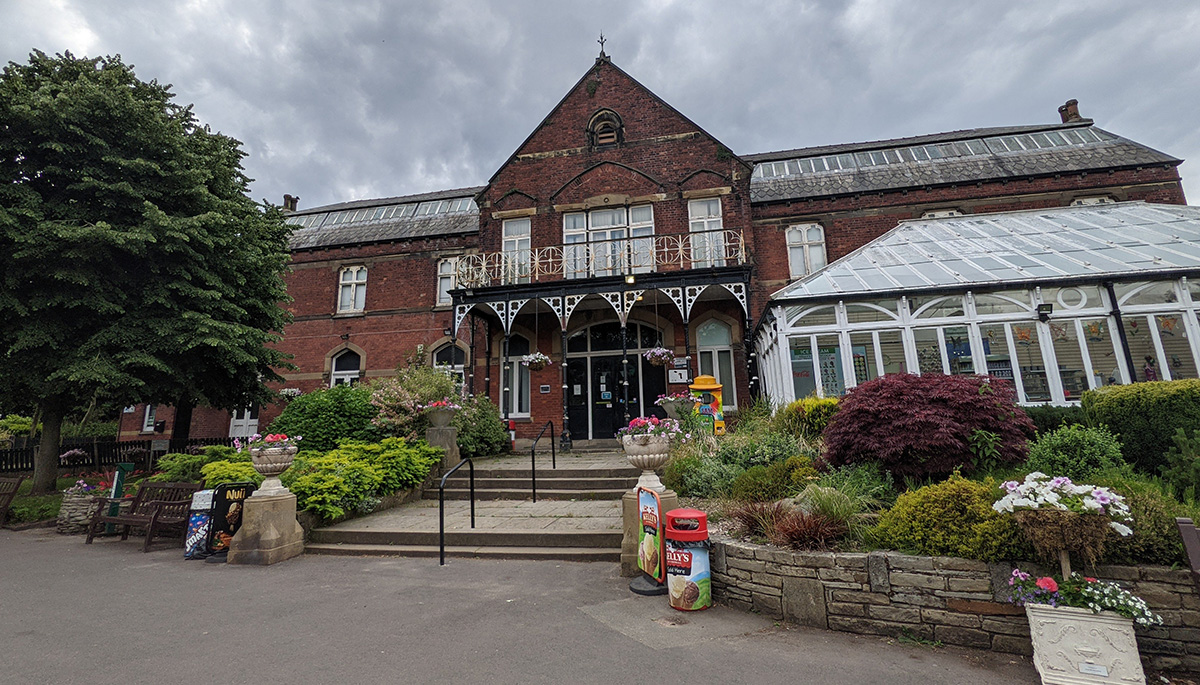 Who better to open a museum of curiosities featuring many paranormal related exhibits than the team behind the long-running ghost hunting television show, 'Most Haunted'?
Well, that's exactly what the show's co-creators, husband-and-wife team Yvette Fielding and Karl Beattie have done, within a suitably atmospheric and historic former museums set within the beautiful botanic gardens in Southport.
With more than two decades experience of paranormal investigation on television, the show has plenty of its own history to share, and it's slowly being told through the ever-growing number of exhibits housed within the Victorian building.
The attraction, which is very much a work in progress at this time, houses oddities spanning various genres from ghost hunting paraphernalia, through to one-of-a-kind pieces relating to crime and punishment, including some rather macabre artefacts.
The building which now houses the Most Haunted museum originally opened as the Botanic Gardens Museum in 1876. Karl said, "Phineas T. Barnum was a consultant in the building of the place and they used to have his top hat here on display," the famous showman is honoured today with a new exhibit, which features a top hat in tribute to him, albeit not an original one. 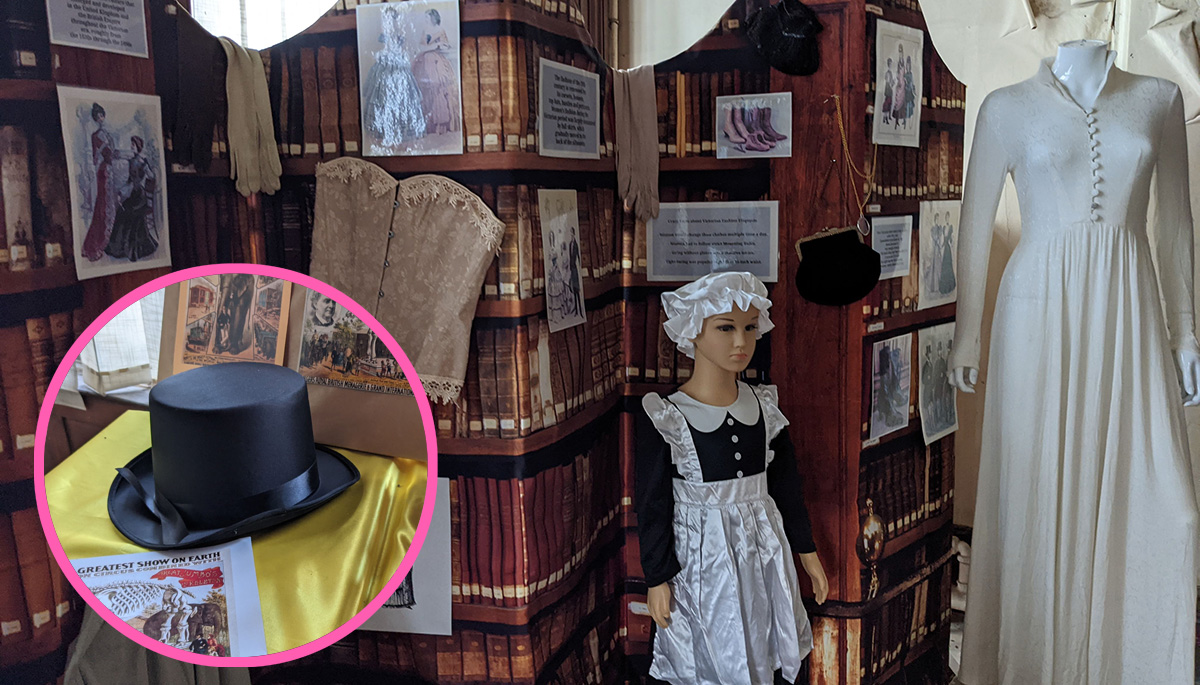 The museum was closed in the 1930s and despite other attempts to save it, closed for good in 2011. That was until it was discovered by Jenny Bryant, the locations manager of 'Most Haunted'.
The 'Most Haunted' team have given the building a new lease of life, not just as a curiosities museum, but also as a venue where members of the public can join the team for an overnight ghost hunt.
Karl, who has been steadily refilling the old display cabinets with weird and wonderful artefacts from his own personal collection has "always wanted to open a museum," but has never found the right place. He said, "I've been trying to open a museum for quite some time, mainly just for the ridiculous stuff I collect, and it was getting to the point where we were buying shipping containers to keep stuff in because Yvette didn't want it in the house."
The museum has given Karl the chance to display some of the rare and unusual items he's collected over the years, he said "I'm not a fan of private collections, because I just think it's so self-indulgent and you're stopping other seeing it. All of this stuff should be seen, whether people want to or not, it's a piece of history that people should be allowed to see."
When the team took over the museum, it had been closed for ten years, and while much of the old exhibits had been moved on to other local museums, some items had been left to rot in the museum's eerie basement. Karl said he was appalled that items of local historic importance were allowed to get into the state they were in. "The stuff they put down in the cellar for ten years was rotten," he said, "the first thing a museum is suppose to do is to preserve things."
"Part of opening this was really for the people of Southport," Karl explained, "because when this place closed the locals tried so hard to keep it open. So, we want to have one bit of the museum dedicated to Southport and Southport history," although he says most items of value that they managed to save from the basement and clean up were swiftly taken away by the local council and put into storage elsewhere. 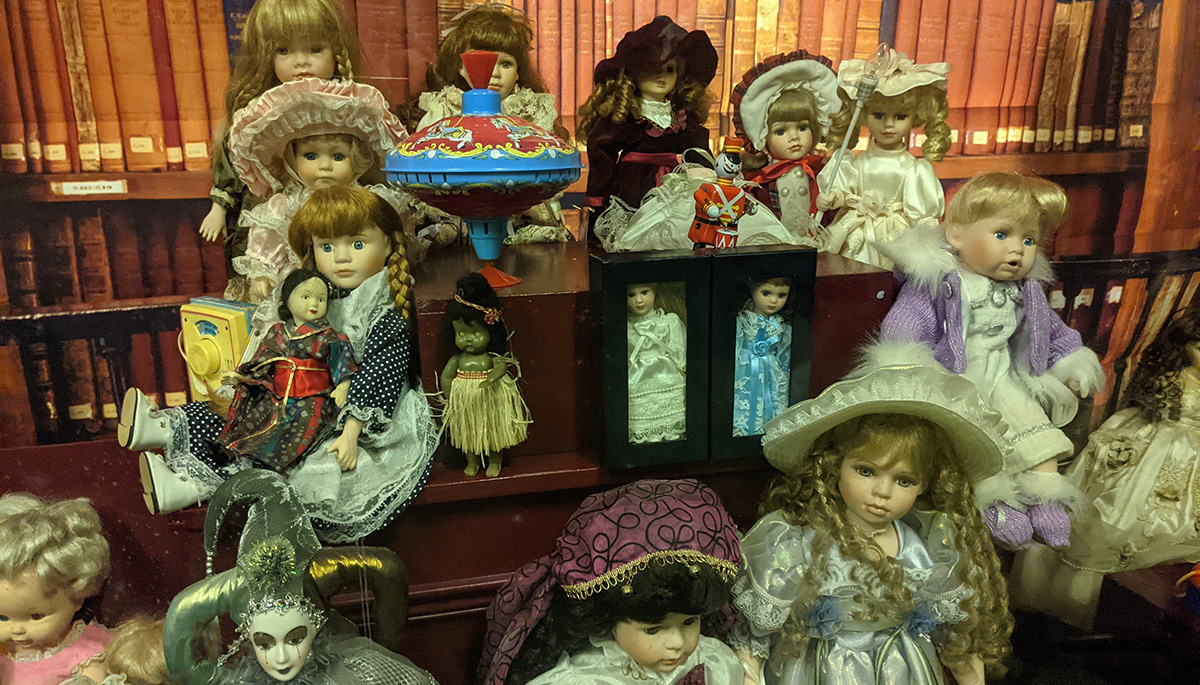 The first room guests walk into upon entering the museum is now known as the toy room. The first exhibit is a glass cabinet containing a collection of creepy dolls. These toys sit more or less in the same spot where the Cecily Bate Collection of Dolls was housed for many years.
Those who have experienced ghostly happenings in this room think that it was the presence of the dolls that attracted a child spirit, so the 'Most Haunted' team have done their best to recreate the exhibit in the hopes it will stir up these pint-sized spooks again. To continue the theme, the room now also houses several other period toys, including an impressive old dolls house, a traditional wooden rocking horse, and an old-fashion pram, which is said to move on its own.
The room also includes an antique artefact that featured in the show itself, a grandfather clock that famously appeared in the 'Most Haunted Live!' at the infamous 30 East Drive in Pontefract. Karl says the clock is "originally from a murder scene." Apparently the clock used to chime every night at 3am - the time of the murder, even after its innards were removed, but Karl adds, "that hasn't happened since it's been here."
The museum is spread across two floors, an ornate wooden staircase leads you upstairs to two more large rooms of exhibits. Walking in to the first of these light and airy rooms, which are illuminated by large green-house like skylights across their entire length, you'll discover the 'Most Haunted' room.
The room is still being packed out with memorabilia and collectables from the show, but Karl says "this will eventually be a history of 'Most Haunted', it will have things from the live shows, the American shows, and other bits across seven exhibits." 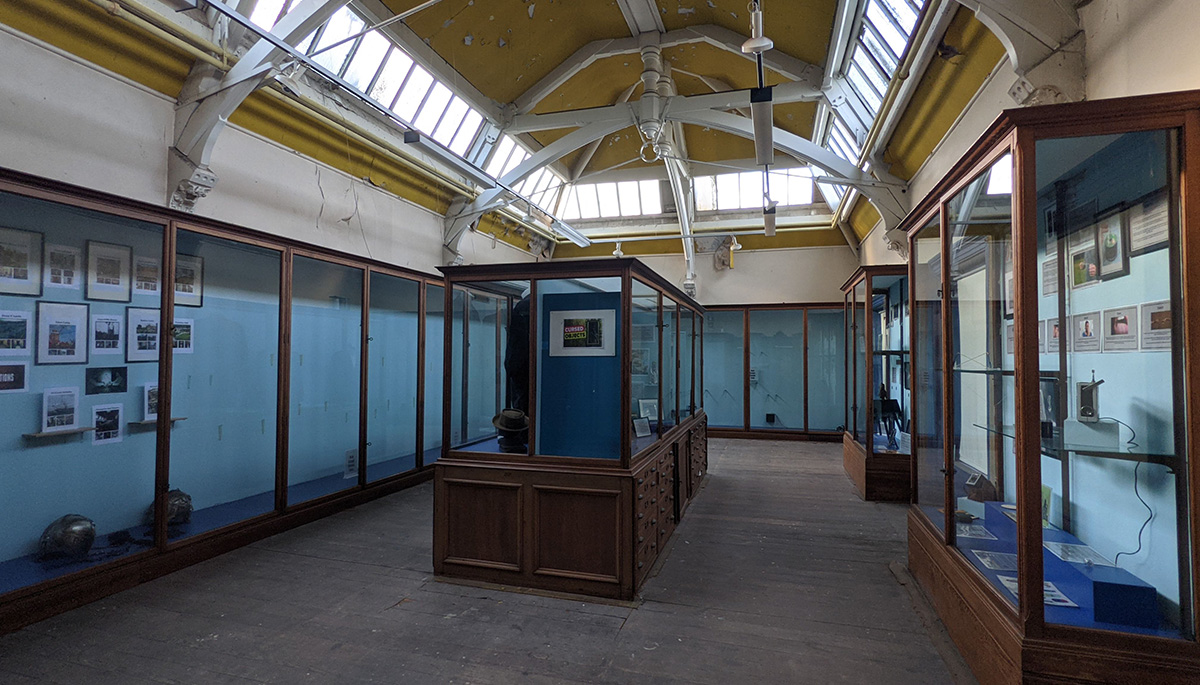 The room currently contains a brief overview of the show, some of Yvette's famous long coats from the early years of the programme, and even a cheeky and slightly tongue-in-cheek wall which presents images of Yvette's ever-changing hairstyles throughout the years.
The room also has a display dedicated to the history of ghost hunting, which delves into some of the history of séances, table tipping and modern-day ghost hunting gadgets.
Opposite this you'll find a collection of allegedly haunted objects. Karl said, "we've got so many supposedly haunted objects at home and we are going to bring some more." One of the item soon to be arriving is the famous doll which spontaneously burst into flames during the show's investigation at Codnor Castle farmhouse in Derbyshire - not just a haunted artefact, but a piece of television history.
But despite these objects alleged creepy potential, Karl admits that he's not totally convinced by such items. He explained, "I'm always in two minds with these, because I still think it's the location that causes the activity. There's a part of me that finds it very difficult to make that step that an object could absorb a spirit."
Amongst the haunted objects is another doll, one which once belonged to the show's resident demonologist, Fred Batt. In the 2018 episode the doll featured in, Fred told us that he was given the doll by a friend who was closing down his freak show at a fairground. Fred believes the doll to be cursed and has kept it under lock and key ever since it was given to him.
The room also includes several oddities from Karl's personal collection that includes showbiz items that appeared in Hollywood movies and classic Hammer House horror films. 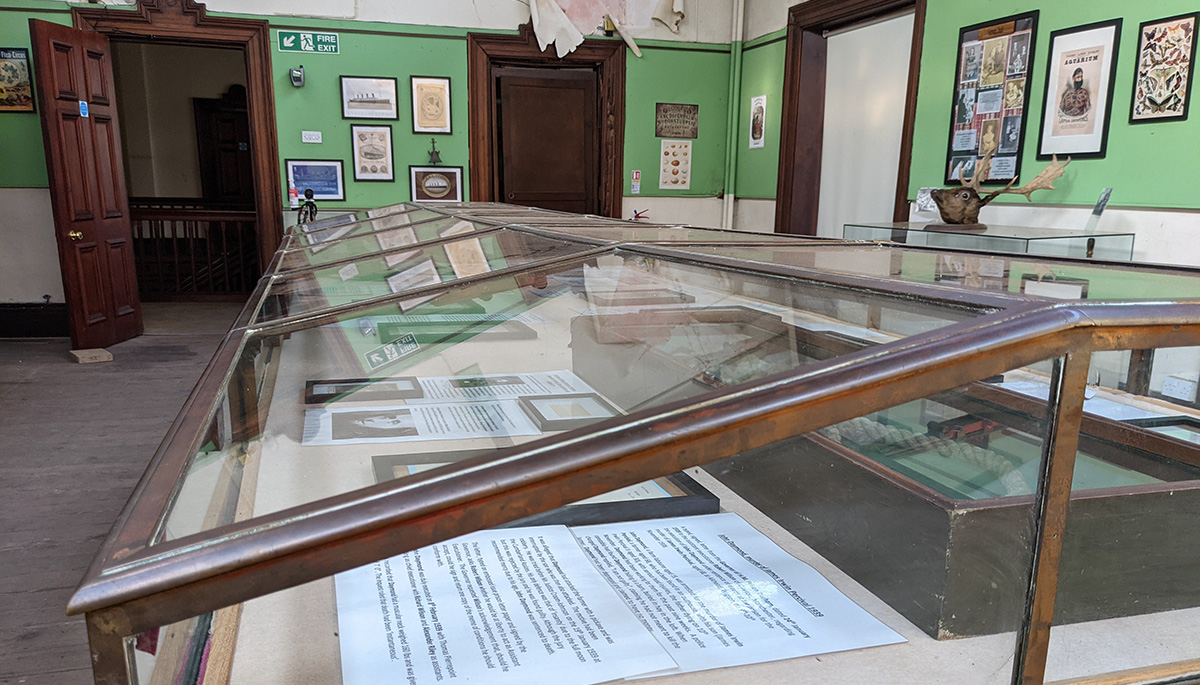 The adjacent room offers an insight into the dark history of crime, punishment and execution, which includes original signed death warrants, genuine executioners' axes - each of which has its own head count, and even a length of rope which was once used to take lives on the gallows.
Karl proudly points to the macabre item, "this was the last noose ever used at Cambridge." He adds, "it could have been one of the longest serving nooses in history, it's speculative, but the evidence holds up to that."
The back wall is dedicated to a topic Karl is passionate about, ill-fated ships, including collectables from the Lusitania, Eurydice, and even a fork and button from the famous Mary Celeste, which was found adrift in mysterious circumstances without a crew in 1872, the cause of its fate has never been established. 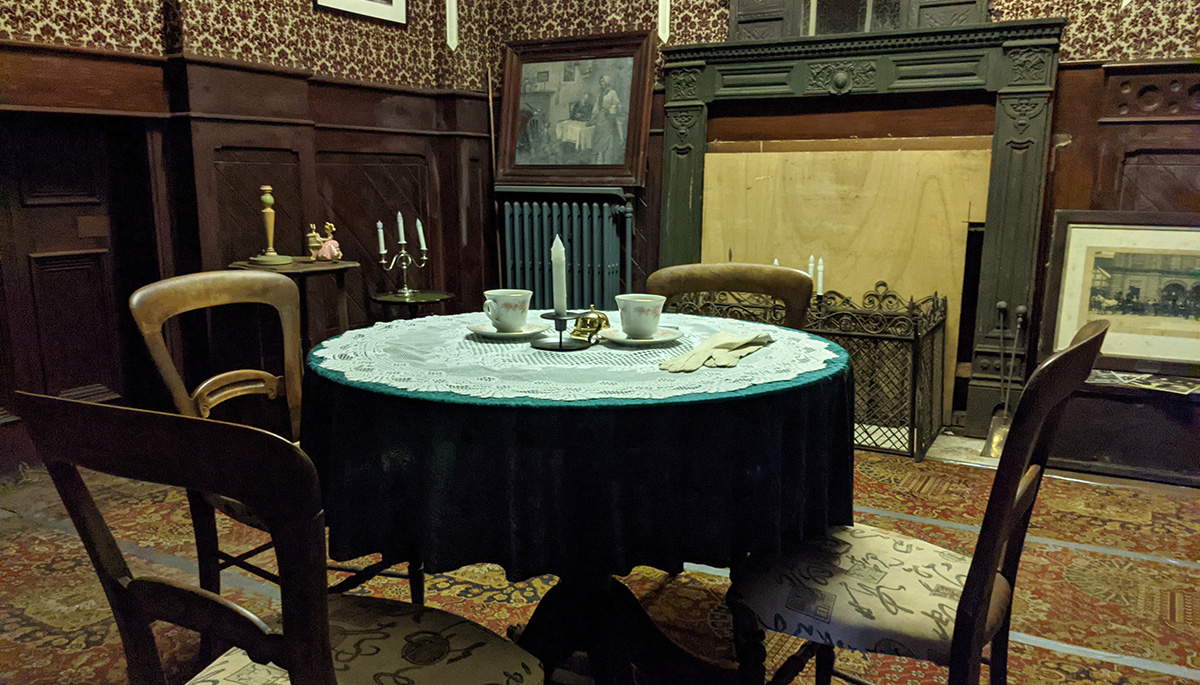 The centrepiece of the museum is the Victorian room on the ground floor, complete with period carpets, authentic furniture and old-fashioned wall coverings. The 'Most Haunted' team have fittingly turned this room into their very own séance room. This serves as an interesting exhibit by day, but at night when illuminated only by candlelight, the immersive and atmospheric room becomes a practical hands-on space for ghost hunts.
Karl said, "we've had some interesting stuff happen here, we've had the table vibrating, the bell on the table has gone off."
At present, the only way to see the museum is by booking on to a 'Most Haunted Experience' event at the museum. The ghost hunt will allow you to follow in the footsteps of the 'Most Haunted' team and try to uncover proof of the paranormal in the historic museum. for yourself Many of the events include the chance to meet and go ghost hunting with the stars of the show.
To book a night at the Botanic Gardens Museum, head over to mosthauntedexperience.com.
Tags:
most hauntedparanormaltelevisionbotanic gardens museum