'The Sleepless Unrest: The Real Conjuring Home' is a must-watch paranormal documentary that sucks you in and takes you on credible and creepy two-week-long investigation in one of America's most haunted houses. 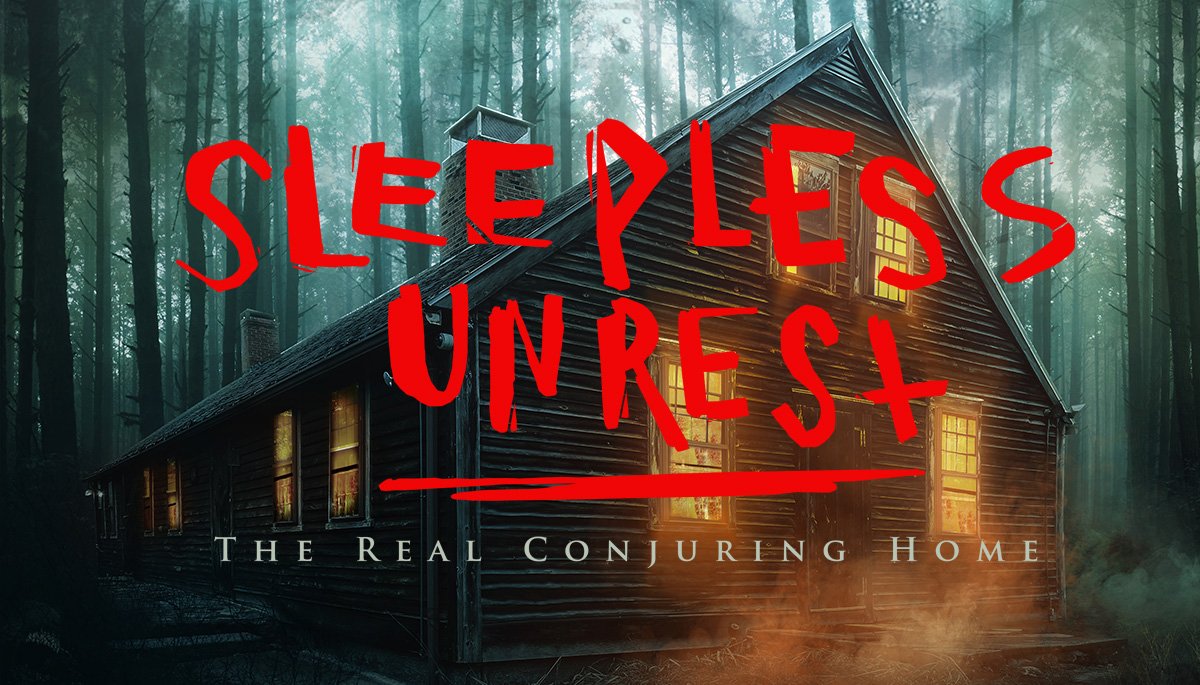 'The Sleepless Unrest: The Real Conjuring Home' follows a small group of filmmakers and paranormal investigators who live in one of the most famous haunted houses in the world in an attempt to experience the haunting in the same way the homeowners do.
In the new documentary film, husband-and-wife directors, Kendall and Vera Whelpton, tackle the haunting at the world-famous house that inspired the first movie in 'The Conjuring' franchise. They're joined on their mission by paranormal investigators Richel Stratton and Brian Murray.
The gang of four weren't just locked down inside for one night, or even 24 hours. Incredibly, they spent two weeks living with the haunting for the film, which is set for release on July 16.

I review a lot of ghost hunting shows and films, and while I can appreciate why most fans of the paranormal would enjoy them, to be brutally honest, I don't enjoy them all. This is mostly because I believe the methods of the team's featured are flawed, but 'The Sleepless Unrest' was a refreshing break from this.
There are a few moments in the 80-minute-long film where I do question Kendall, Vera and their fellow investigators' methods, but honestly, it's not enough to detract from a balance and interesting investigation, and it doesn't in any way effect the enjoyment of the film.
The movie starts in a similar vein to the beginning of the classic 90s horror film, 'The Blair Witch Project', with the team coming together and heading off on a road trip to the haunted farmhouse in Harrisville, Rhode Island. Usually when you see the real-life houses that movies are based on, they're not that creepy, but this house really is.
The documentary is very well shot and put together, with exceptional sound which isn't so over the top that it drowns things out, but certainly adds to the atmosphere, making the film quite creepy in places. 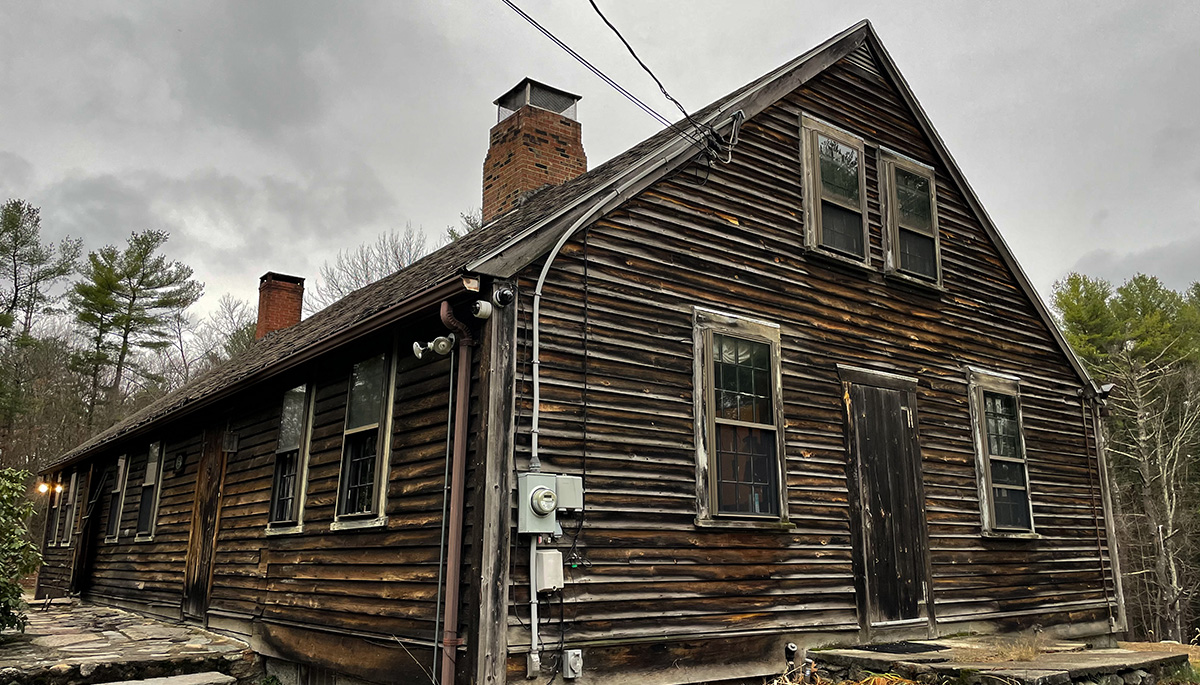 Cory Heinzen and his wife Jennifer have owned the remote farmhouse for two years, after learning about it following the release of the 2013 movie, which was based on the real life case files of two of the most famous demonologists of all time, husband and wife, Ed and Lorraine Warren. The couple investigated the haunting that plagued the Perron family in the 1970s.
As soon as the Perrons moved into the infamous home the paranormal activity started and became increasingly disturbing. At first it was just little things like household items going missing, but it quickly escalated and the family's five daughters started seeing ghostly apparitions around the house.
The Perrons believed their home was haunted by the ghost of an early 19th century witch named Bathsheba Sherman, and it seems the activity in the 300-year-old house shows no signs of slowing down. Since taking over the property, Cory and Jennifer have reported doors opening and closings on their own, shadow figures walking through rooms, and even felt like they've been touched by unseen hands.
Before Cory and Jennifer even moved their belongings into their new home, they installed a 12-camera security system in an attempt to capture the ghostly goings on 24/7. 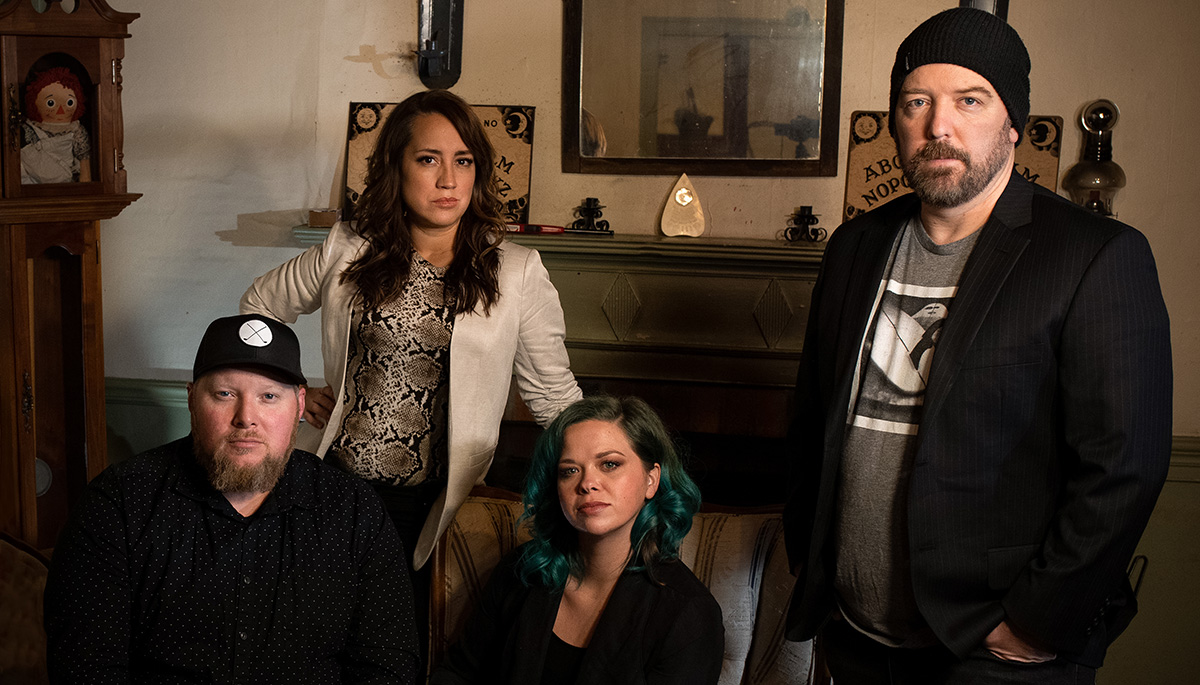 After arriving at the property, the team spend the first day interviewing the homeowners and exploring the house and its huge eerie basement. It's nice to see the team messing around during their initial walk-around. Starring in a paranormal film doesn't mean you shouldn't have a personality and a bit of fun. Perhaps investigators worry that if you're seen to have a laugh on camera that it will detract from the credibility of your investigation, but it clearly doesn't.
The investigation is solid, the methods are varied and it's interesting throughout. The team even open up previously un-investigated parts of the creepy house. The really nice thing about the team's methods is that they don't rely on one single app, gadget or tool throughout like many shows do.
Personally, I like to see a team going in and experiencing the reported activity for themselves, and you don't need expensive gadgets to do that. As many investigators will tell you, your senses are your best tools, which is why it was interesting to see the team use a specialist type of camera I'd never seen before. Although a camera is a gadget, it mimics the human sense of sight, making it a very valid investigative tool - and it produced some interesting results.
During their two-week stay, the group document every moment, thanks to countless cameras covering every area of the 14-room house. The filmmakers were warned, "be careful what you ask for", and perhaps this caution was valid, as it seems their unforgettable experience in the house might have left a lasting mark on their lives. 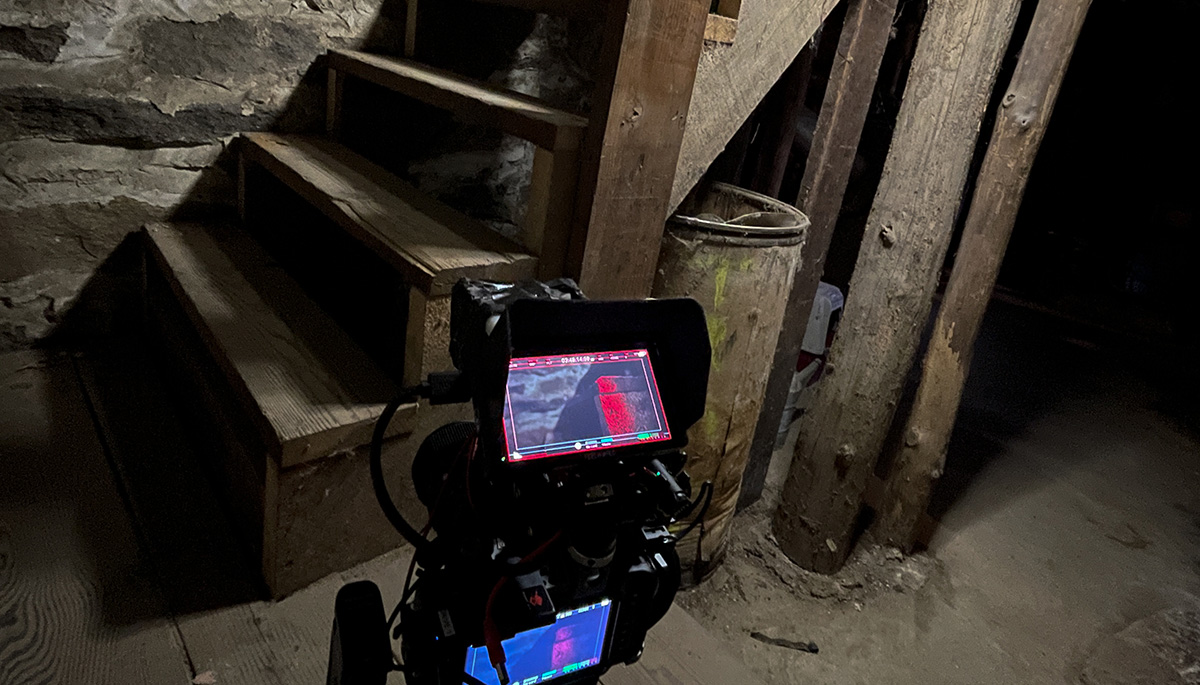 Produced by Robot Ninja Media, the team behind last year's hit paranormal documentary 'The House In Between', the movie was shot during the global COVID-19 shutdown. This meant Kendall and his wife Vera could stay longer at haunted locations as they were closed to the public.
Kendall said, "this was a new concept for us to stay at the haunted location for that long. It's really something you don’t do in paranormal research or TV. I have been to and documented over 500 haunted locations and only stayed overnight at four of them."
But the experience proved vital for the investigation, Kendall explained, "I now see the importance in staying overnight at these haunted locations and stepping into the homeowners' shoes, to experience the location as they do. It's hard to gauge what's happening at these places unless you have long term exposure to them."
Vera admitted to being a bit overwhelmed by the thought of spending two weeks in one of the most haunted houses in America. She confessed, "'what am I doing?' was the first thought I had as I was standing right in front of the farmhouse," she continued, "I tried to comfort myself by remembering that it wasn’t my first rodeo investigating or filming the topic."
But things did start to get tough for Vera and the gang as they tried to settle into a daily routine in the house. Vera said, "we all immediately noticed that we lost track of time, days would move fast and nights stood still when unable to sleep thinking about what might happen if we closed our eyes."
'The Sleepless Unrest: The Real Conjuring Home' will be released on July 16 in selected theatres in the United States and on all the usual streaming platforms.
Tags:
conjuringparanormalmoviestopicaldocumentaries